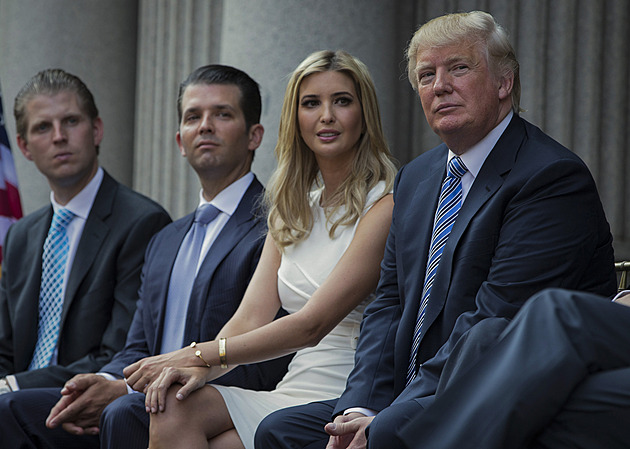 “Another witch hunt by the racist Attorney General Letitia James,” former US President Donald Trump wrote on his social network Truth Social on Wednesday. He talked about the fact that both he and his children Donald Jr., Eric and Ivanka will face another lawsuit in New York state.

“She’s a fraud,” Trump added. His lawyer Alina Habbaová continued in a similar vein. “The lawsuit focuses neither on the facts nor on the law, but on advancing the attorney general’s political agenda,” she said.

James herself did not take napkins when announcing the lawsuit, calling Trump’s alleged wrongdoing “the art of stealing” in reference to the title of the president’s book The art of making a deal.

The current civil lawsuit against Trump is the result of three years of hard work. Prosecutor James’s legal team has been compiling the ex-president’s business model since March 2019. The subject of the investigation was whether Trump’s companies inflated the value of his assets in an attempt to obtain more favorable loans and, on the contrary, underestimated them for tax purposes.

The result is a 220-page financial fraud lawsuit filed in New York state court in Manhattan. It demands compensation from the state in the amount of at least 250 million dollars. The goal should also be to ban fraudulent Trump companies from doing business in New York.

“Trump has falsely inflated his net worth by billions of dollars. For too long, powerful and wealthy people in this country have operated as if the rules did not apply to them,” James said.

According to the lawsuit, Trump’s family business, The Trump Organization, engaged in more than two hundred frauds and misrepresentations in the preparation of the ex-president’s annual financial statements between 2011 and 2021. The irregularities should have affected all areas of Trump’s business.

According to Americanist Petr Kopecký from the Faculty of Arts of the University of Ostrava, the current case will have only a minimal impact on the upcoming November elections to the US Congress.

“Trump’s supporters have no confidence in the judiciary. His way of defending is understandable and credible to his supporters. The vast majority of them still believe that the 2020 presidential election was rigged, despite dozens of courts around the country disproving it. It can be said that the level of support of his followers is growing in proportion to the pressure Trump is facing from the courts and the Ministry of Justice,” Kopecký told Lidovky.cz.

He admitted, however, that the election will also play a role for a small group of moderate center voters, who can be the tip of the scales.

“Trump has been alienating you with his behavior for a long time. He was very successful in that most of the Republican candidates he supported won the primaries and will now run. The problem is that these are often quite radical candidates who also share with him the belief that the presidential election was a big fraud. This can deprive them of a key segment of independent voters,” explained Kopecký.

At the same time, Trump is not having a quiet week on another front either. On the same day as news of the lawsuit, a federal appeals court allowed the Justice Department to continue viewing classified documents seized in an August FBI raid at Mar-a-Lago, the former president’s summer home. Trump should have illegally handled these documents.

According to Kopecky, it is still unclear whether these cases will have an impact on his possible next presidential candidacy in 2024. “The number and seriousness of all the investigations being conducted against the ex-president are unprecedented. But lawyers disagree on whether losing one of the many cases and being convicted would disqualify Trump from running. For example, the US Constitution does not explicitly state a clean criminal record as a condition for candidacy,” concluded the expert.

The park should take more time and look for new entries, ex-minister of the environment | Home