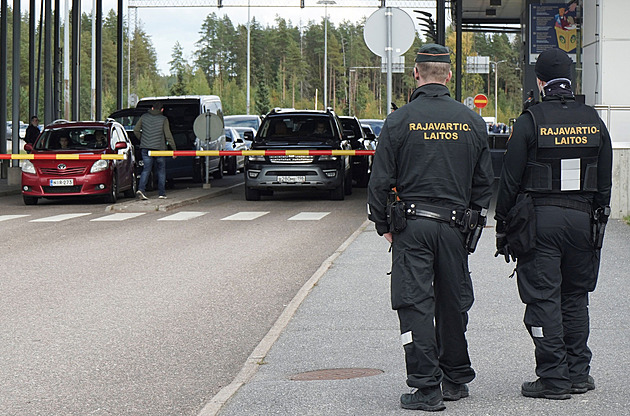 It is particularly irritating with regard to Ukrainians who, after the invasion of their country by Russia, fled to one of the EU member states before the war. There they received not only international protection, but also the opportunity to work and receive all kinds of state support. But to grant the same or a similar status now to the Russians would mean putting them on the same level as the Ukrainians.

“The entry of persons seeking protection in the EU should always be guaranteed,” said Anitta Hipperová, spokeswoman for the European Commission for Home Affairs. At the same time, however, she added that the decision whether to admit people coming from Russia to their territory is up to the individual member states. The Schengen Agreement Code provides for the possibility of preventing entry for security reasons.

In addition to concerns about the conscription order, the reason for leaving may also be continued repression by the state. According to the OVD-Info website, police detained 1,323 people during Wednesday’s protests against partial mobilization, including over 1,000 in Moscow and St. Petersburg.

Since the latest events in Russia, there is an increased effort of its citizens to leave the country. Within a few hours, all flights to countries where citizens of the Russian Federation do not need entry visas were sold out. In Georgia, the authorities are even considering introducing them to limit the influx of Russians.

Already on Wednesday evening, videos showing a long convoy of cars on the Russian-Finnish border circulated on social networks. It was supposed to have been caused by Russian motorists who wanted to cross the border. However, Finnish border protection later denied reports that up to thirty kilometers long columns would be formed, as the footage indicated. The videos were said to be of an earlier date.

Finnish Minister of Foreign Affairs Pekka Haavisto announced that his country will find its own solution when it comes to issuing tourist visas for citizens of the Russian Federation. He also stated that his government has no intention of closing the borders. It is said that there are still legitimate reasons for entering Finnish territory. Finland has a 1,340 kilometer long border with Russia.

In response to the partial mobilization in Russia, the EU wants to further tighten the current sanctions regime. “I think it calls for action on our part,” European Commission President Ursula von der Leyen said in an interview with CNN.

Server Politico reported that behind the scenes negotiations are already underway on a proposal for new measures aimed at Moscow. The head of EU diplomacy, Josep Borrell, said that there is a consensus among EU foreign ministers on the need for further steps “against industries and individuals”, without giving more specific details. At the same time, Borrell added that the Union will supply more weapons to Ukraine.

The European Commission may present its proposal for additional sanctions to member states as early as Friday, Politico reported citing its sources. Among the measures under consideration is capping the price of Russian oil, which was previously proposed by the G7 group of the world’s largest Western economies. In addition, the new restrictions would apply to personalities connected to the Putin regime and trading in luxury goods.

However, efforts to announce new anti-Russian sanctions may again encounter Hungary’s disapproval, as was the case in June with the approval of the ban on the import of Russian oil. His government then secured an essentially permanent exemption from the ban. Hungarian Prime Minister Viktor Orbán wants to end sanctions against Russia by the end of the year at the latest. In this spirit, he should have expressed himself at the closed meeting of his Fidesz party, saying that the current measures should not be renewed.

The pro-government newspaper Magyar Nemzet quoted Orbán as saying that EU sanctions are responsible for high gas prices and high inflation. According to the Hungarian Prime Minister, if the sanctions were to end, gas prices could immediately drop by half, and inflation would drop as well.

Formally, the next EU sanctions package, the eighth since the Russian invasion of Ukraine, could be ready in mid-October.

Lovelock’s Gaia. The scientist who revived the spiritual relationship with the Earth has died Opinions

The winter season will decide. Please feel free to contact me from the small e-shop | Business

Military service to a limited extent would not be harmful, for example in the form of attendance, says the former soldier

Because of the chaos in the air force, they can not only fly, but also airlines, mn pilots | Business