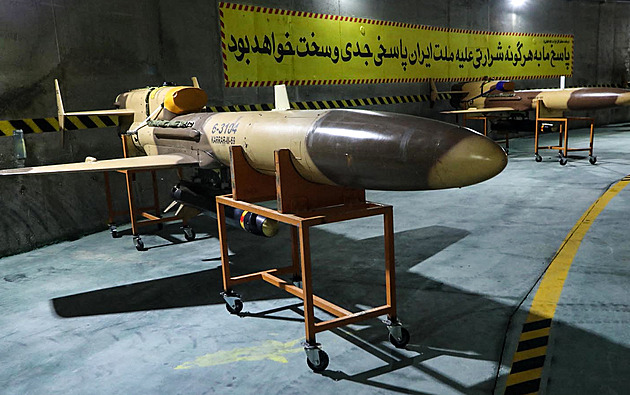 The Southern Command of the Ukrainian military said that Russian attacks using Iranian Shahid-136 drones are escalating. On Thursday, a harbor tug was hit in Ochakiv in the Mykolaiv region, the second attacking machine was shot down. A non-residential building in the city of Kryvyi Rih in the Dnepropetrovsk region was also hit by a drone, the subsequent fire was quickly extinguished. The military has not reported any injuries as a result of these attacks.

Ukraine’s air defense command in Odesa said on Thursday that four Iranian drones were shot down over the Mykolaiv region.

According to Ukrainian media, Iran has delivered a thousand drones to Russia. Last week, the Ukrainian military announced that it shot down the first of these near Kupyansk. The Ukrainian military has confirmed that Shahid-136 aircraft, named by the Russians as Geraň-2, are increasingly being spotted near positions of Ukrainian armored vehicles and artillery. However, they can be shot down by various means of anti-aircraft defense, including handguns.

A suicide drone is an unmanned aircraft that is usually designed from the outset to directly attack a target. It can also be built as a “waiting munition” that is released into the air to wait for the right moment to attack.

Niiv retaliation from al-Qida for the death of Zavahrh will not come, the organization does not have enough strength, I am an analyst St

Do you want to sell a used car? Don’t delay, u prices are past the peak | Business