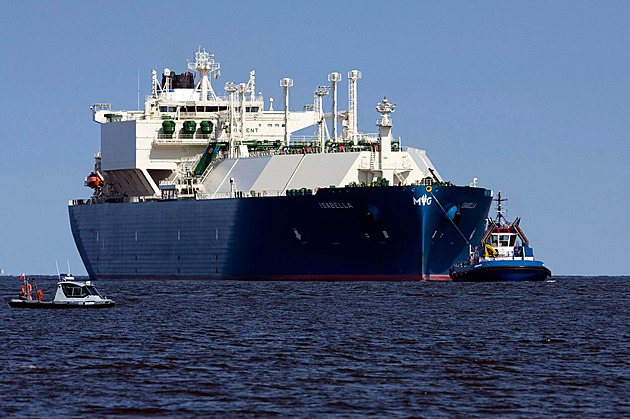 This follows from a study published by the Energy Management Institute of the University of Cologne (EWI) on behalf of the German gas association Zukunft Gas. According to the institute, the United States could become the largest supplier of gas to the European Union by 2030. Among other things, thanks to gas from the USA, Europe wants to get rid of energy dependence on Russia.

According to EWI, last year the EU states took 147 billion of the 361 billion cubic meters of gas from Russia, 82 billion from Norway and only 22 billion from the USA. As early as 2026, the withdrawal from the United States could be up to 130 billion cubic meters with high demand and without the withdrawal of Russian gas. On the contrary, according to the study, the importance of Qatar, with which European states including Germany are negotiating imports, will only be limited.

In its model, the institute combined different scenarios for high and low demand for gas, as well as the possibility of full, partial or no involvement of Russia in EU gas trading. The level of demand and European import capacity will have a share in the development of the price of this raw material.

But the EWI Institute does not expect wholesale gas prices in northwest Europe to reach 2018 levels, when they were the lowest on average in 20 years at the Title Transfer Facility (TTF) virtual trading hub in the Netherlands. In order for this to happen, the institute expects at least a partial involvement of Russia in trading in case of high or low demand. Completely without Russian gas, EWI projects a return to prices from 2021 to 2026 when demand is low and in 2030 when demand is high.

“However, with global demand falling, the price level of 2018 can be reached by 2030 even without Russian gas,” added Kehler.

Due to the uncertain supply of gas from Russia, which is the result of the Russian invasion of Ukraine and the subsequent Western sanctions, European countries are building LNG terminals. The importance of liquefied gas will thus be essential for Europe in the future. Last year, gas imports into the EU via gas pipelines amounted to 75 percent, but by 2030 it could drop to 40 percent of total imports.

Do you want to sell a used car? Don’t delay, u prices are past the peak | Business

The Serbian-Kosovo conflict is escalating. Serbia sent an army to the border | World

EZ shares lost a fifth of their value, thanks to tax speculation | Business

He hated school and struggled with manic depression. However, the audience respected Kopecky and took it as a guarantee of quality