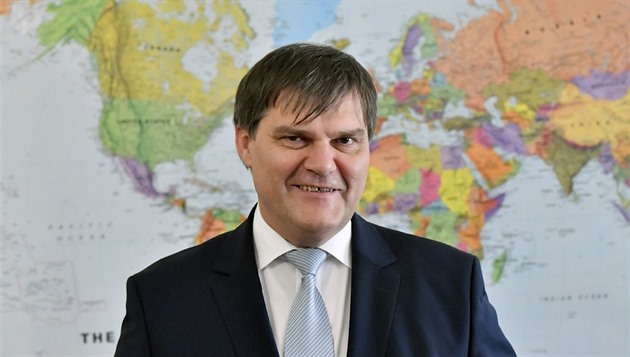 The government of Andrej Babia (ANO) decided to send Jindrek as a diplomatic envoy to the eastern neighbor, according to agreements with the then incoming cabinet of Petr Fiala (ODS).

A career diplomat, Jindrk will deal with relations with countries from the Central European area for a long time. In the past, he served as the Czech ambassador in Hungary, Austria and most recently in Germany, where he headed the Czech embassy there for eight years. He succumbed, for example, to the preparation of the Czecho-German declaration. He worked as a deputy minister of foreign affairs.

He was close to being named ambassador to Slovakia under the government of Bohuslav Sobotka (SSD). In 2017, he replaced Hynek Kmonek, who became the Czech ambassador to the USA, as editor of the foreign department of the Office of the President of the Republic.

Jindrk said that relations with Slovakia have actually been going on for more than 30 years, because the Slovak agenda interfered with all his previous diplomatic functions. He noted that he never considered the Czech ambassador in Bratislava to be a secure diplomatic post, because Czech-Slovak relations as such are unusual and have an above-standard influence on the domestic politics of both countries.

At the head of the embassy, ​​he wants to focus mainly on strengthening the above-standard relationship between the Czech Republic and Slovakia. I want us to always approach relations with Slovakia differently than relations with other countries. And I want to create conditions for that, he said. He added that his family history also connects him with Slovakia, when his mother’s ancestors lived in Slovakia for a long time.

In particular, Jindrk will take up the position from January. The current ambassador Tuh will lead the embassy until the end of the Czech presidency of the European Union. Jindrk noted that, thanks to the January entry, he will have the opportunity to attend commemorative events commemorating 30 years since the division of Slovakia.

Help with energy should arrive during the heating season. Such a solution has never been implemented in our country, said Fiala

The Mediterranean Sea is fundamentally warming, corals and plants are dying out on a large scale, fish and crustaceans are migrating | World