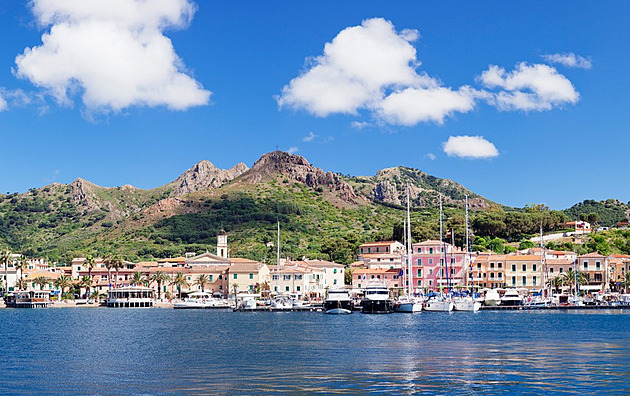 Late on Wednesday afternoon, the Italian coastguard intervened on a British-flagged vessel, where they found a dead man. According to the authorities, it was a roughly thirty-year-old citizen from the Czech Republic. The ship was located near the town of Porto Azzurro on the island of Elba. Authorities are investigating the cause of death, not ruling out suicide.

In Italy in recent days, this is not the only incident involving the Czech Republic.

On Wednesday, a rescue helicopter picked up a 33-year-old tourist from the Czech Republic, who felt nauseous, near the Giau Pass in the Dolomites. The man was taken to hospital, where he was examined.

At the end of July, the police found a dead 76-year-old Czech in the Italian resort of Bibione. The man lived in an RV and his remains were in an advanced state of decomposition. According to the investigators, the results of the first analyzes show that the death was not someone else’s fault, the local press wrote.

July was not good for climbers

At the end of July, the Czechia was shocked by the death of two tourists in the French Alps. The 45-year-old man and his two-year-old partner were found in the French Alps under the 4,000-meter peak of Barre de Écrins, which they planned to conquer.

“The couple was found at the bottom of a 30-meter crack on the north face of the Barre des Écrins mountain at an altitude of approximately 3,900 meters,” the French website said BFM citing Gap City Attorney Florent Crouhy. At the time of the accident, the pair were attached to a climbing rope.

A day later, the authorities also reported the death of a 69-year-old Czech tourist who was found by rescuers in the High Tatras. According to the police, he most likely collapsed during a hike in the mountains, on which he went alone and without proper equipment. The man was missing in Slovakia for two days.

The mountain service was searching for the man with a drone and three service dogs. One of the dogs was found dead in Little Cold Valley. An ambulance doctor, who was transported to the scene by helicopter, pronounced him dead.

The head of the mountain rescue service told the television that it was impossible to determine exactly from what height the man fell. The fundamental mistake was that he went to the mountains alone and it was not even clear exactly where the rescuers were supposed to look for him. His equipment, which was not suitable for rain-soaked terrain, was partly to blame for the fall.

By 5,000 crowns, people without child benefits can pay in their August pension, says Jureka | Home

The price of wheat has been falling for two months, but rolls are still not getting cheaper. But the bakers reject the criticism

Is the no-intervention zone responsible for the spread of the fire? We proceeded against the bark beetle as standard, the park representatives argue

No 16 thousand, the state will send people only 2000 crowns for electricity. Support for gas and heating will probably not | Business