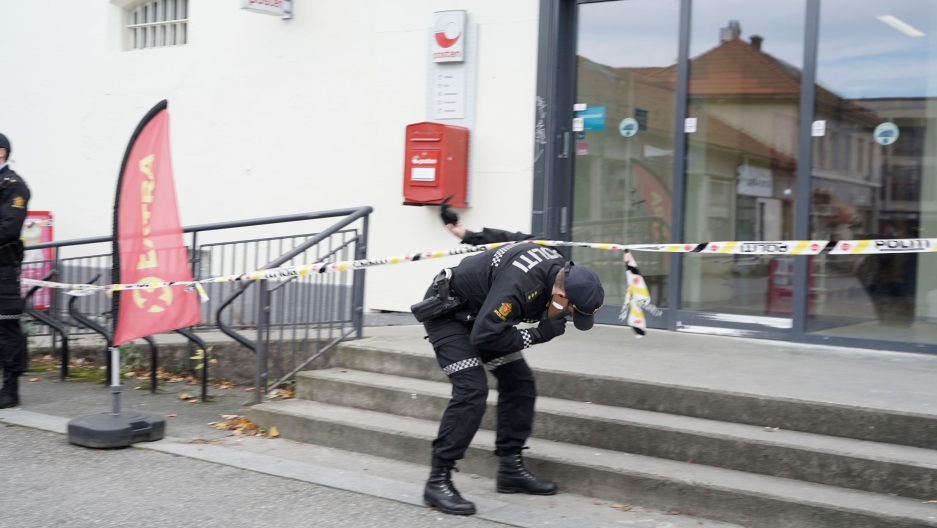 Norway
Police in Norway on Thursday have arrested and charged a 37-year-old Danish man suspected of a bow-and-arrow attack that killed five people in the town of Kongsberg, southwest of the capital Oslo. Authorities are now considering the deadly rampage an act of terrorism. Police chief Ole B. Saeverud said that authorities had previous concerns that the man may have been radicalized, but a motive was still unknown. A large investigation is underway.

Lebanon
At least six people were left dead on Thursday in Beirut after armed clashes broke out during a protest over a judge conducting a probe of last year’s devastating blast in the city’s port. The armed exchanges, which also injured dozens, included automatic rifles and rocket-propelled grenades and were reminiscent of Lebanon’s deadly 1975-90 civil war. Lebanon is once again suffering a humanitarian crisis and economic collapse. Protesters, organized by the Iran-backed militant group Hezbollah, were calling for the removal of Tarek Bitar, the judge leading the port investigation, accusing him of bias.

Taiwan
A fire in a 13-story building that raged out of control for hours overnight in the city of Kaohsiung in southern Taiwan has left 46 people dead and at least 41 others injured. Fire department officials said that multiple floors of the commercial-residential building were destroyed in an “extremely fierce” blaze. Piles of debris that blocked access to many of the affected areas complicated the search and rescue efforts. Authorities are investigating the cause of the blaze.

Henrietta Lacks’ biographer: ‘So much of science started with her cells

Henrietta Lacks was a poor African American tobacco farmer in Virginia. In 1951, at the age of 31, the mother of five died of cervical cancer only eight months after diagnosis.

But the story does not end there. In an odd way, she lived on. Cancer cells that had been taken from her body without her consent during a 1951 visit to the Johns Hopkins Hospital in Baltimore provided the first human cells to be successfully cloned.

The so-called HeLa cells have been reproduced billions of times for medical research around the world, contributing to tens of thousands of studies and disease treatments. Rebecca Skloot, author of “The Immortal Life of Henrietta Lacks,” spoke to The World’s host Marco Werman about Lacks’ legacy.

Debate ensues over environmental issues and the need for economic advancement as Democratic Republic of Congo lifts a moratorium on logging in the Congo rainforest.

“We believe that this decision is a threat to both people and nature,” said Serge Sabin Ngwato, a Greenpeace Africa campaigner based in the capital Kinshasa.

Musician Sorie Kondi (🎧) is from Sierra Leone and lived through the civil war that ravaged his country in the 1990s. He was born blind in Freetown and taught himself to play the thumb piano. Through a series of chance encounters, he came to the attention of LA-based producer Chief Boima, himself a Sierra Leonean American. Together, they created the Kondi Band. One more chance encounter brought London producer Will Horrocks into the band. Now as a trio, the Kondi Band is out with a new album, “We Famous.”

Check out Global Hits from from Kondi Band and other global artists we have featured on the show. 🎶

The Biden administration announced on Wednesday that it will lift travel restrictions at Canadian and Mexican borders to tourists, shoppers and casual visitors who can show proof of vaccination. This will boost business on the Mexican side of the border, as people are free again to drive into Mexico from the US. And, the European Union pledged 1 billion euros in aid to Afghanistan on Tuesday, earmarked for humanitarian assistance and stabilization efforts for Afghanistan and its neighbors. Also, we speak to Nobel Prize-winning author Abdulrazak Gurnah about his commitment to telling migrants stories of injustice and cruelty. Gurnah says the ongoing trauma of colonialism and themes of exile and belonging continues to inform his literary work.