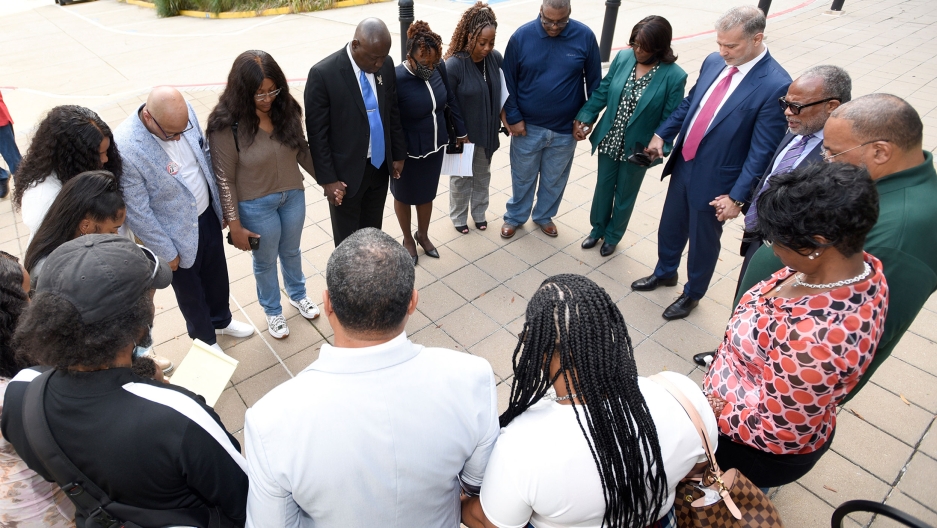 Henrietta Lacks was a poor African American tobacco farmer in Virginia and the mother of five children.

She died of cancer in 1951 at the age of 31. But in an odd way, she lived on — cancer cells had been taken from her body without her consent.

They became known as HeLa Cells and were distributed around the world, contributing to tens of thousands of studies and disease treatments.

Related: India will soon roll out a DNA vaccine for the coronavirus. It’s the latest example of how COVID-19 is transforming vaccines.

To commemorate the 70th anniversary of her death, Henrietta Lacks’ descendants gathered in Geneva on Wednesday, where the World Health Organization gave her son, Lawrence Lacks, an award honoring his mother’s legacy.

“There are no words that say how much this means to me,” Lawrence Lacks said. “I thank everybody.”

And the head of WHO, Dr. Tedros Ghebreyesus, said that Henrietta Lacks’ story is a reminder of the importance of justice in global health.

“We affirm that in medicine and in science, Black lives matter,” Ghebreyesus said. “Henrietta Lacks’ life mattered, and still matters.”

Marco Werman: So, Henrietta Lacks’ cells have been used to develop the polio vaccine, drugs for HIV, leukemia, as well as many other diseases and conditions, even COVID-19. Where do you start to encapsulate Henrietta Lacks’ contribution to global health?

Rebecca Skloot: It’s sort of impossible to overstate the impact that they’ve had. There really isn’t a person alive who hasn’t benefited from her cells in many ways. Everything that involves cells today, which is basically so much of a science, started with her cells.

What do you think is the significance then of the WHO honoring her now with her family members present?

When I started working on this book, Deborah Lacks, Henrietta’s daughter, was a woman who had been on a mission her entire life to just get people to understand that Henrietta existed and that she made an important contribution to science, and that it had really damaging effects on her family. So, to see it go from one woman who was fighting to share her mother’s, to learn her mother’s legacy in the first place, to this is incredible.

As we consider the inequities in global health laid bare during this pandemic, how do you see Henrietta Lacks’ story promoting health equity around the world?

The WHO, their effort right now to acknowledge Henrietta, to share her story and to use it to highlight these disparities, I think, is so important. And it’s so fitting that they’re currently focusing on cervical cancer because cervical cancer is a disease that we have a vaccine for, and that vaccine is not equitably distributed and women are dying of cervical cancer all the time, particularly minorities. And Henrietta’s cells were used to help develop that vaccine, but HPV (Human papillomavirus) caused her cervical cancer. That’s what killed her. It’s also her cells. And the fact that HPV killed her, is what led scientists to discover that HPV caused cervical cancer in the first place. They won a Nobel Prize for that. But Henrietta was never, sort of, attached to that discovery.

Well, I was going to ask you, because it’s even people in the medical profession around the globe who worked with HeLa Cells and didn’t know who Henrietta Lacks was, that there was an actual living, breathing person behind all this. Why is it important to know that she was this human being that walked the Earth?

I think, at its core, every cell that is used in a laboratory, every little snippet of genetic material comes from a living, breathing human who had a family, who had a life, who had desires that are often not even thought of in that process. So, it’s very easy for science to become disembodied and to lose touch with the fact that there are human beings behind so much of the material that we rely on for medicine and science to progress. And that humanizing, I think, is one of the first steps to recognizing inequities.

This interview has been lightly edited and condensed for clarity.

Astronomers Discover Infant Planet – One of the Youngest Exoplanets Ever Observed

What the government is not telling you about inflation