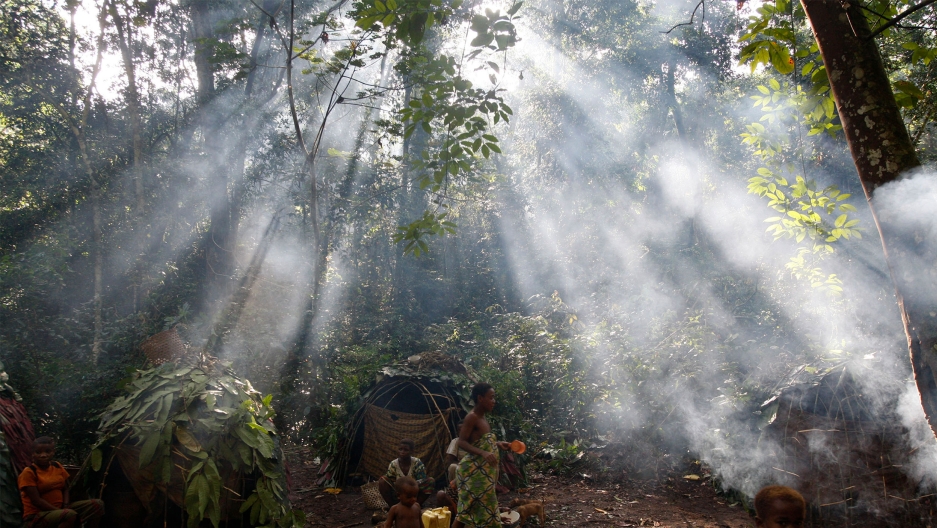 The Congo rainforest is often referred to as the planet’s second pair of lungs because of the massive role it plays in sucking in carbon dioxide from the air.

Now, environmentalists are warning that the world’s second-largest rainforest could be in danger, after a decision was made by Democratic Republic of Congo’s government that would allow for industrial logging in the forest to generate more revenue.

The move was proposed in July as part of a sustainable resource management plan that also included the creation of a carbon tax.

“We believe that this decision is a threat to both people and nature,” said Serge Sabin Ngwato, a Greenpeace Africa campaigner based in the capital Kinshasa.

In 2002, the DR Congo effectively put a moratorium on logging when it banned the issuing and renewing of logging permits in order to give the country a chance to develop a sustainable forest management plan.

While the moratorium has been flouted as a result of corruption, environmentalists are worried that lifting the ban could bring about a catastrophic logging spree.

“The ambition is only to give more of the DRC’s forest to foreign multinationals in search of profit.”

“The ambition is only to give more of the DRC’s forest to foreign multinationals in search of profit,” Ngwato argued.

Last month, Greenpeace and more than 40 other organizations urged foreign donors to withhold future forest funding to the DR Congo if it lifts the moratorium.

This comes as the country is reportedly seeking $1 billion in funding to protect the forest, and as officials plan to ask for more climate financing at the upcoming COP26 in Glasgow.

“It is often claimed that the DRC is the world’s leading lung for carbon capture, but what is the lucrative benefit the country derives from this great ecological wealth?” wrote the DR Congo’s Ministry of Environment and Sustainable Development in a heated statement aimed at critics.

“Nothing to report at this level except the overbidding and blackmail of some NGOS,” it continued.

“It violated the rights of local communities and Indigenous peoples,” to benefit from forest resources, he argued.

In August, a group of Congolese civil society groups largely agreed that the DR Congo should lift the moratorium for the benefit of improvised communities that are dependent on forests, provided the government meets prerequisites — including canceling illegally awarded forest concessions.

“Prove to all the actors working in this sector that the DRC has taken up the problem of forest governance head-on and is committed to working, so that the lifting of the moratorium does not produce negative effects,” said Serge Bondo of the Forest Governance Observatory, a local nongovernmental organization.

But Vicar Batundi Hangi, an activist with the Development Center for the Self-Promotion of Disadvantaged Pygmies and Natives (FDAPID), argues DR Congo should invest in other industries like tourism instead.

“The government must do everything to invest in other sectors, but avoid touching the forest.”

“The government must do everything to invest in other sectors, but avoid touching the forest,” he argued.

‘Dancing With The Stars’ fans furious after shocking elimination