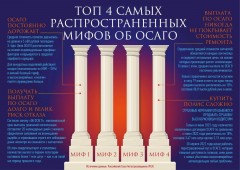 This rumor periodically arises against the background of the expansion of the OSAGO tariff corridor, which the Central Bank of the Russian Federation adjusts with an eye to the situation in the segment and as part of a large-scale reform to individualize the OSAGO tariff setting. In fact, such a measure, on the contrary, restrains the growth of prices for “autocitizenship”, since insurers compensate for the losses arising from high-risk drivers by deservedly raising the prices of policies only for them. For careful motorists, the cost remains unchanged, and often decreases.

It is important to understand that the cost of policies today is individual for each motorist: it consists of the base rate within the established tariff corridor, individual tariff factors and special coefficients (regional, capacity, age-experience, bonus-malus, etc.).

For example, for low-risk categories of motorists, which represent the vast majority (80%) on Russian roads, according to the Russian Union of Motor Insurers (RSA), insurance companies are actively fighting, attracting them with offers to buy OSAGO at the minimum rate and offering discounts at the “bonus- malus”. By the way, every third car owner received the maximum discount of 56% for KBM in the second quarter of 2022.

Also, do not forget about the statistics. For the past three years, the average cost of policies has been steadily at the level of 5,600 rubles. During the first half of 2022, the gap between the size of the average OSAGO premium for passenger cars of individuals from the upper limit of the tariff corridor, taking into account the regional coefficient, was 30–50% in 60 regions of the Russian Federation. It turns out that insurers kept the cost of policies at an acceptable level for car owners, although they had legal grounds to increase it, despite the auto parts crisis that has been raging for half a year, which negatively affects the viability of the OSAGO segment due to the inexorable increase in the cost of repairs. Obviously, now, after the expansion of the tariff corridor on September 13, the cost of policies will increase for high-accident drivers, because it directly depends on the amount of payments.

Myth 2. It takes a long time to receive a payment under OSAGO and there is a high risk of refusal

In fact, there is a law “On OSAGO”, which is followed by every insurance company in the Russian Federation. According to clause 21 of article 12 of the law, the insurer is obliged to make an insurance payment within 20 calendar days from the date of acceptance of an application with a claim for payment of insurance compensation. To refuse to pay, the insurance company must have good reasons, so a conscientious motorist has absolutely nothing to fear: the insurance company will pay the amount due to him without fail and on time.

This is once again confirmed by the statistics: according to the PCA, in the first half of 2022 alone, more than 1 million insurance payments under OSAGO were made, which is equal to the same period for 2021. Since the number of payments, even in the crisis year for the OSAGO segment, did not change compared to last year, motorists definitely have no reason to worry about possible failures.

One of the most common misconceptions. The PCA updates spare parts directories every 3 months in accordance with the Unified Methodology for Determining Costs for the Restoration Repair of a Damaged Vehicle from the Central Bank of the Russian Federation. This allows you to regularly update the information contained in them on the average cost of spare parts. The amount of insurance payment directly depends on the prices in the directories. The process of updating the guides is absolutely transparent: their release is preceded by an open public discussion on the PCA website, in which any Russian motorist can take part and, accordingly, make adjustments if necessary.

Quarterly updates of parts directories allow insurance companies to adjust the amount of insurance payments in accordance with the situation on the market. For example, after the updated spare parts guides came into force on June 19, the average payment increased by 13% in one month alone and in July amounted to 80.8 thousand rubles. Thus, the statistics once again prove that OSAGO is becoming more and more customer-oriented, and the cost of payments, which directly depends on the cost of spare parts in the reference books, is adjusted with the participation of car owners.

On September 11, a new norm of the Unified Methodology introduced by the Central Bank of the Russian Federation came into force, according to which it is allowed to determine the average price of a spare part only at the prices of analogues of original parts in the absence of originals on the Russian market. The first such guides will come into force on 19 October.

Myth 4. It is difficult for high-risk drivers to buy a policy: insurance companies refuse to sell

OSAGO is the largest social project in the Russian Federation. According to the law “On OSAGO”, insurance companies do not have the right to refuse the car owner to conclude a mandatory “car citizen” agreement if the latter has provided all the necessary documents in paper or electronic form. At the same time, specifically for high-risk categories of motorists, under contracts with which insurers assume a high level of unprofitability, a reinsurance pool was created in OSAGO. It started working on April 20, 2022, and in the first three days of operation alone, 49,000 contracts were transferred to reinsurance.

In fact, the reinsurance pool has increased the availability of insurance policies for all “unprofitable” categories of motorists: both for taxi drivers and other car owners who are fans of fast driving, who often get into accidents, so they should not even hypothetically have any difficulties with buying policies. Again, this is once again proved by inexorable statistics. So, in July 2022, the number of OSAGO agreements increased by 10% compared to May, which amounted to 3.47 million policies instead of 3.15 million. This clearly shows that all categories of car owners have no problems buying policies.

In turn, the OSAGO: Public Expertise project reminds motorists that you should not trust empty rumors in the information field, because often, in pursuit of a sensation, the authors of posts and articles can use bright ambiguous headlines and phrases, which mislead readers. As a rule, in materials of this kind there are unsupported arguments. It is better to be guided by statistical data cited from official sources, for example, from the websites of the RSA or the Central Bank of the Russian Federation. This will save nerve cells and gradually reduce the amount of false information disseminated. After all, what is the point of creating and maintaining myths that no one will believe in?

Podcast K + K: President for all the money. How much does a trip to the Castle cost and how high will the entrance fee be?

How not to snack on Christmas Eve and lose weight: The food can be eaten in such a way that the chuav buky won’t recognize it!