If only ratings and the number of viewers it attracted to the screens were measured, it would be a newcomer Road to the Castle with 1.9 million viewers the clear winner. Sunday debate on CT1 and ČT24 was not missed by over 1.5 million people and Wednesday Super debate: Looking for a president on Prima and CNN Prima News was seen collectively by almost a million viewers.

However, if other factors were to come into play, Nova’s first rank would be shaken to its foundations. In a number of respects, the duel at Prima was more attractive for spectators, even though only Danuše Nerudová and Petr Pavel competed.

Let’s leave the public law debate aside, it’s hard to compare the incomparable, in this case let’s focus on commercial television.

“The presenter is worth shit and Andrej was everywhere,” briefly reviewed the new Journey to the Castle Mirek Topolánek, who did not spare Rey Koranteng too much.

“First debate I watch. I am somewhat missing the point and content, where is Koranteng going? That’s Matějská – from lochnesky, to the Ferris wheel via the chain jump,” Pavel Drobil, ex-MP for the ODS, commented on the televised race.

“I am disillusioned with the discussion of “privileged” candidates on TV Nova. Both Petr Pavel and Danuše Nerudová were still explaining something, moving in the past or talking in general. Andrej Babiš systematically defeated them with his fresh populism. And when it came to political experience, even foreign, neither Pavel nor Nerudová had anything to say. It was to be expected, unfortunately. The voice of a person with direct political experience who would oppose Babiš was noticeably absent. This discussion significantly helped Andrej Babiš in his campaign for the Castle.” wrote another of the presidential candidates, Pavel Fischer, who rightly noticed that Andrej Babiš sometimes made his own show out of the debate. And that despite the (sometimes) futile efforts of the moderator. 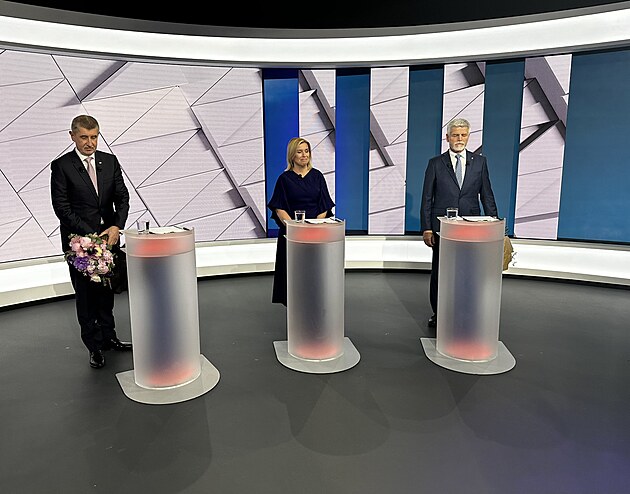 Andrej Babiš, Danuše Nerudová and Petr Pavel at the beginning of the presidential debate on TV Nova

As far as escorting guests and conducting interviews are concerned, Terezie Tománková fared better in the primary’s Super Debate, which was ably seconded by Petr Suchoň in regular entries.

They also had a moderator tandem on Nova, but Bára Divišová did not appear at all on the evening show, she moderated the afternoon debate of a wider group of presidential candidates. Damage. It would certainly have been as valid as possible for Koranteng, because at times he lost control over the situation and the viewer began to lose himself in it. This was also due to the fact that they chose a different strategy on Barrandova and the dramaturgy of the program was perhaps too general and returning to the past. 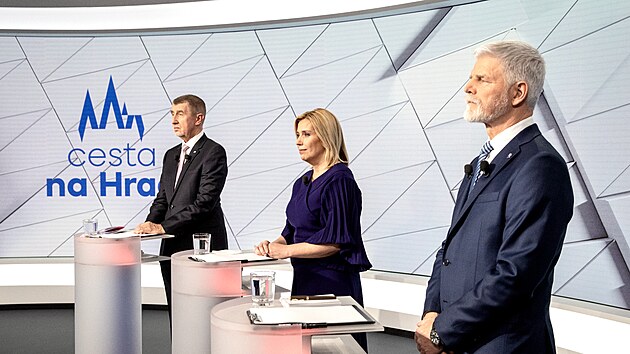 It didn’t help either the defunct Nova studio, which could have made a splash in the early 90s or in the retro series Vyprávej, could not even compete with that on Prima.

The audience also played their part, which in Super debate used a lot. Some might find them annoying and noisy, but they definitely belong on commercial TV! It is strange that the television that gave the world dryáčnicki Boiler with Míša Jílková, she bet on such boredom and grayness. And literally.

It’s actually quite a miracle that Nova attracted almost two million viewers. On the other hand, there were so many of them mainly because Andrej Babiš, who rejected all the others, nodded at her invitation…

In the Rostov region, a lawyer received a suspended sentence for fraud :: News

More than 19 thousand people entered the Rostov region from the DPR, LPR and Ukraine in a day :: News