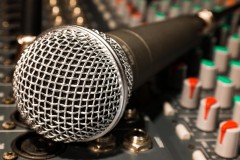 Lev Solovyov (Leo Solovyev) Won first place in the All-Russian vocal competition “Summer Vibe”, which was held in Moscow at the Academy of Igor Krutoy.

Lev Solovyov (official stage name Leo Solovyev), who is only 7 years old, already in his years the World Record Holder (the youngest singer in the world, with original songs on world streaming sites).

Recently, Leo was on an amazing course “Summer Vibe” from the Igor Krutoy Academy in Moscow. For two weeks every day there were classes in vocals, choreography, acting, blogging, oratory, cartoon voice acting, finance, DJing, songwriting ..

The guys were completely immersed in the incredible atmosphere of creativity and music.

But that’s not all! The Summer Vibe festival was also held, where children from all over Russia in their age categories could compete in vocals, choreography or acting skills.

The competition was held in three stages. At the first stage, Lev sang Dima Bilan’s song “Dreams”, at the second stage, a cover of the song “Comet” by Jony, and then only half of the guys made it to the final, where they performed in front of a much respected jury, including Alexei Chumakov, Yulianna Karaulova, Ildar Gainutdinov and Stella Khachanyants.

Lev managed to conquer the jury and took first place in the Vocal category 7-8 years old. Leo received a beautiful cup made of glass and wood, as well as a stunning expensive gift of a streaming microphone with a backlight. This is the first such significant gift at the competition for Leo.

Of course, all this is thanks to Lev’s great work with talented teachers, the Igor Krutoy Academy in Novosibirsk, where Lev has been studying since the age of 3, who help Leo become a real artist: vocals: Natalia Viktorovna Vaseeva,; choreography: Daria Shornikova; acting: Borisova Yulia Leonidovna

In addition to winning the competition, the young singer, who showed himself well in the classroom, was honored to interview some of the superstars who came to the guys, namely Sergey Lazarev, Maxim Averin, Ildar Gainutdinov, Yulianna Karaulova and Alexei Chumakov. The interviews were held in one breath and from the first take, because the entire journalistic team of the Igor Krutoy Academy in Moscow cheerfully and naturally helped to master the art of interviewing.

The adventure to the “Summer Vibe” at the Igor Krutoy Academy in Moscow was very Cool.

According to myma Young Artist, it was not easy, but extremely interesting, and the results of Leo speak about it 100%. Thanks to the Academy of Igor Krutoy for this holiday for children.

In Krasnodar, film critic Alexei Dvoeglazov will discuss the film “Passengers of the Night” with the audience :: News

Two men went to prison for trying to smuggle 245 packages of methadone to Abkhazia :: News