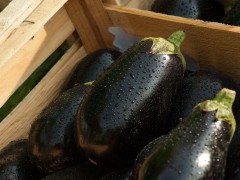 Half of the inhabitants of the Southern Federal District did not notice a change in the range of goods in stores after the introduction of foreign sanctions. 6% even see an improvement in the assortment. 29% believe that the variety and quality of goods have become worse, and 15% are convinced of this. These are the results of a survey* on the impact of six months of sanctions on personal consumption conducted by Otkritie Bank.

66% of respondents reported an increase in spending on food products during the period of the restrictions: 24% increased spending slightly, 42% increased significantly. For 26%, food expenses have not changed, for 8% they have decreased.

62% noted an increase in spending on non-food items: for 21% they increased slightly, for 41% – significantly. For 30%, these costs have not changed, for 8% they have decreased.

In their forecasts regarding the further impact of international restrictions on the range of goods and services, southerners remain moderately optimistic. 42% believe that the sanctions will have no effect: parallel imports and import substitution will help. 41% of respondents expect deterioration in the range of goods and services. According to 17%, on the contrary, the assortment will improve.

*The survey was conducted by Otkritie Bank on September 12-19 using the online interview method on a representative sample of 2,000 Russians aged 18-65 in cities with a population of more than 100,000 people.

In the Rostov region, a lawyer received a suspended sentence for fraud :: News

Beach volleyball tournament will be held in Nevinnomyssk :: News