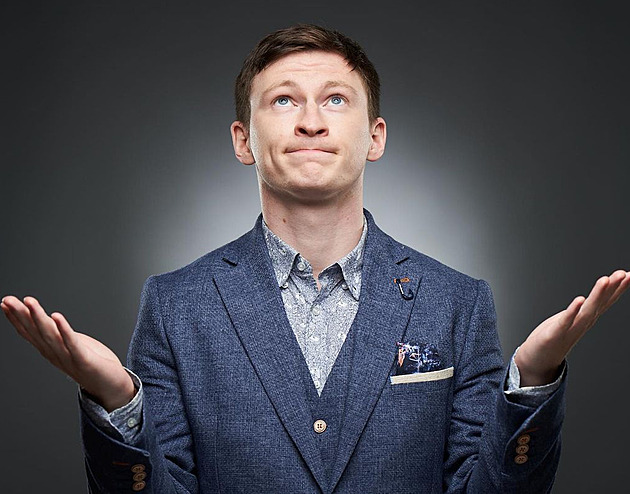 Martin Mikyska, also known as Mikýř, is a twenty-eight-year-old video maker originally from Chrudim. He is best known for his program Mikýř’s Amazing Journey on the Internet. In his videos, he often criticizes controversial videos and influencers, dissects and clarifies their causes, and at the same time advises what to watch out for on the Internet. He recently invited Adéla Pulcová, better known by the nickname Shopaholic Adel, perhaps the most visible person on the Czech internet in recent times, to his show for an interview.

The interview attracted a lot of attention, especially because of the style in which it was conducted. Because Mikýř Shopaholic Adel basically asked meaningless questions to which she tried to find an answer. “Should all kinds of cheese be legalized or do you hate freedom?” asked Mikýř. “Well, freedom is fine, but the cheeses are not,” answered Shopaholic Adel’s question. The whole interview was basically based on the same type of questions. It caused a wave of different reactions from the audience. Some praised the moderator for how perfectly he captured the style of the entire podcast, while others criticized Shopaholic Adel’s inability to ask questions, while others commented on her mental health.

Mikýř commented on the interview in Čestmír Strakatý’s podcast. His intention was not to make fun of anyone, he just wanted to create entertaining content. Pulcová seemed to him the ideal person to create this type of video. In addition, she always tried to answer nonsensical questions as seriously as possible. But Mikíř is not sure whether she was also joking about the whole conversation. However, she is more inclined to the version that she took it all seriously. The whole idea for the interview was based on a message that Pulcová allegedly sent to Mikýř. In it, she asked him to be admitted to the podcast, under the promise of a large viewership. “There’s an army of people waiting for her every jam and of course being the way she is, the jams keep coming and they’ll keep coming.” Mikýř mentioned in the interview. Before the interview about Shopaholic, Adel knew very little and only learned in retrospect what kind of personality he has and what kind of videos he makes, which, according to him, is even more of a paradox of their entire podcast. In his opinion, Pulcová creates her content based on viewership and monetization.

After the interview, Pulcová thanked for the opportunity to visit his show. He himself said that he did not expect that the video would become a trend and become so discussed not only among fans, but also among reaction channels on YouTube. In order to understand the controversy of the created interview, he remained in contact with Pulcová several days after the video was published on the Internet. He was interested in the reactions Shopaholic Adel received. Pulcová allegedly does not read news and comments, due to the amount of insults and threats she has to face. However, Mikýř said that according to their communication, Pulcová appeared to him to be in complete psychological well-being. “I didn’t know what her reaction would be. The way I approach it is playful. If anyone else was sitting across from me, it wouldn’t be interpreted that way,” answered Mikýř when asked what surprised him so much about the extensive discussion about the video.

PR-specialists in the Kuban are offered an average salary of 60 thousand rubles :: News

Rocker Polek from SuperStar on working with the police: we’re migrants, people think we’re both crazy

[NEWS] In Buryatia, a man tried to burn his former cohabitant and her children