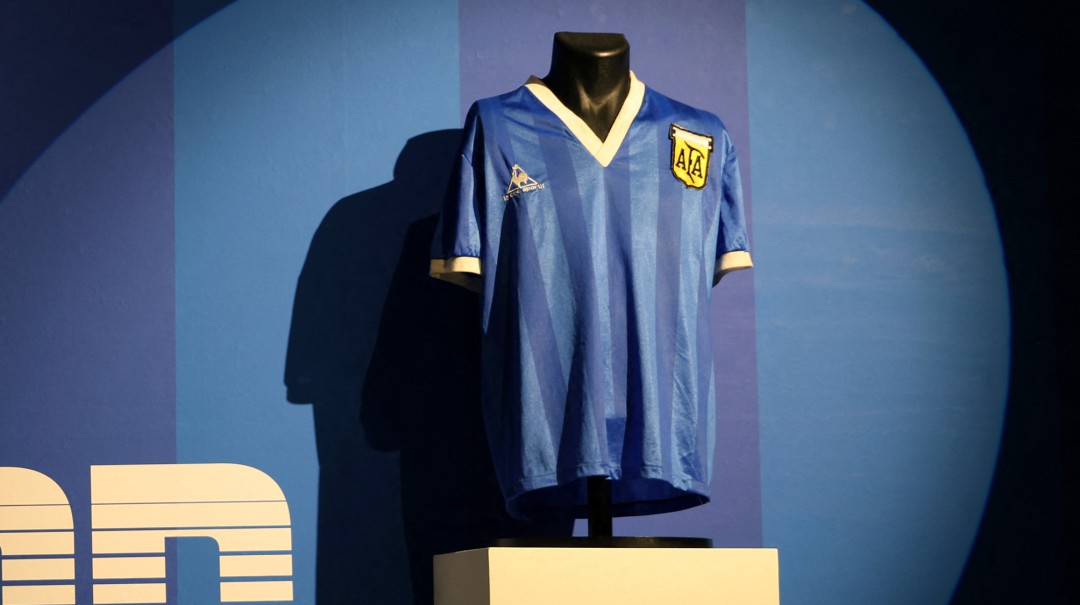 The shirt that Diego Maradona wore the day he went down in history with the two legendary goals he scored against the English team in the quarterfinals of the 1986 World Cup in Mexico has been sold for more than 9 million dollars at auction organized by Sotheby’s auction house, an absolute record.

The auction, which began on April 20 and which until a few minutes before closing had only received a bid from almost 5 million dollars, concluded with 7 bets.

The last one was awarded this shirt about which doubts were planned if it was the one he wore in the second half when he scored the goals against England (the famous Hand of God and considered so much more beautiful in World Cup history) for 7,142,500 million pounds, or the equivalent of 9,284,536 million dollars, Sotheby’s announced.

In the weeks that it has been exposed in the premises of the auction house in London and that it was for sale -since last April 20- Sotheby’s has been “inundated” by the “excitement and enthusiasm” from “sports fans and collectors”.

“It is certainly the most coveted t-shirt ever to come up for auctionand now holds the record for objects of this type,” the house said in a statement.

The shirt has remained for 35 years in the hands of English midfielder Steve Hodge, who exchanged it with the Argentine star at the end of the match, as he recalled Maradona himself in his autobiography “Touched by God”.

But the sale has had a controversial aftertaste, since a part of the family of the Argentine soccer legend, who died on November 25, 2020 at the age of 60, assured, despite repeated assurances from Sotheby’s, that the finished shirt was not the one the captain was wearing when he went down in history with his two goals, but the one he wore in the first half.

Escape from Matamba: “Matamba was disappeared, he is not the one in the videos”: lawyer | 6AM Today by Today