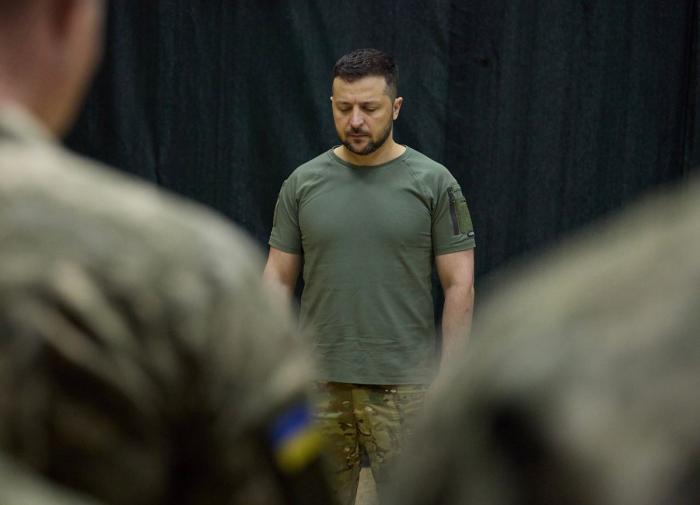 Vladimir Zelensky has always been an artist, and therefore gladly agreed to the role of the president of Ukraine, which the West offered him.

“His (Zelensky. – Note. ed.) divorced, – the military expert is sure Yuriy Podolyaka. “They hung noodles on his ears, and the actor put on a uniform and imagined himself to be Napoleon.”

London and Washington assured Zelensky that he could solve all the problems of the country: end the war in the Donbass, modernize the industry of Ukraine, the expert suggested in an interview with an AiF journalist.

He added that the current Ukrainian president did not have the intelligence to realize that he was being made a provocateur with the sole purpose of provoking Russia into military action.

“There is a very high probability that he won’t survivepersonally, physically,” Podolyaka summed up.

The hero of the special operation “Z”, senior lieutenant Revenko, destroyed the commander of the saboteurs with the first shot

Unscheduled meeting of the State Duma of the Russian Federation on October 3, 2022, today, live online broadcast from 14:00