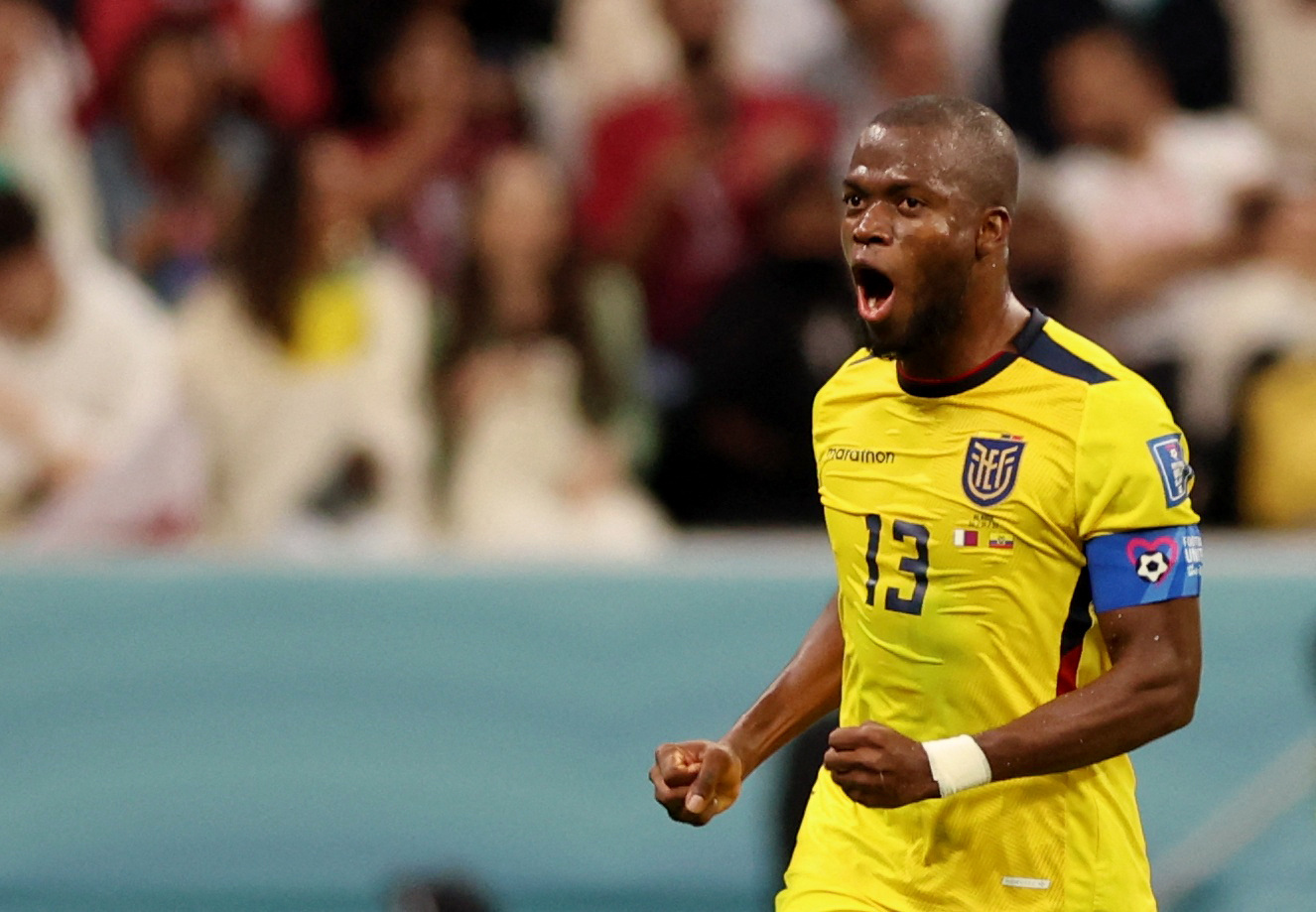 Enner Valencia among the three goalscorers of the world cup. REUTERS/Matthew Childs

The Ecuadorian team began its participation in Qatar 2022 on the right foot, after beating the local team 2-0 with a brace from Enner Valencia, who incidentally became the top scorer of the three in the world championships by reaching five goals, surpassing the legendary Agustín Delgado.

World Cup Qatar 2022: this was the victory of Ecuador against Qatar 2-0 in the opening match

The captain and flagship player of the Ecuadorian team had a dream debut with his team in his second world cup by giving him the victory that not only meant the first three points of the orbital contest for those led by Gustavo Alfaro, but also entered the book of history by being the first team to defeat the host country.

With his two goals against Qatar, Enner Valencia is one of the top scorers in the World Cup and will be able to increase his personal tally next Friday, November 25, when Ecuador meets the Netherlands at the Khalifa Stadium, who defeated their Senegal counterpart on Monday 2-0 with scores from Cody Gakpo and Davy Klaassen.

South Americans and Europeans face each other on date 2 of their group. Both teams are looking to score points by qualifying for the second round of the World Cup.

The second day of the Qatar 2022 World Cup had three matches that had a good number of goals in the matches that featured the teams of England, Iran, the United States and Wales, who played at the close of the date.

It may interest you: Gareth Bale made history at the Qatar 2022 World Cup: his goal was the first for Wales in a World Cup after 64 years

The first win of the world championship was led by England, which brought back bad memories for Carlos Queiroz with the Colombian team, beating Iran 6-2 with scores from Jude Bellingham, Buyaco Saka twice, Raheem Sterling, Marcus Rashford and Jack Grealish. The two goals for the Asians were the work of the Porto striker, Medhi Taremi.

On the other hand, the United States had a bittersweet return to the world cup after drawing a goal with Wales. The set of the stars and stripes he started winning with a goal from Timothy Weah in the 36th minute. For the second part, the British reached a tie through Gareth Bale, who left things 1-1 over 82 minutes of play.

In this way, England partially assumes the leadership with three points, followed by the United States and Wales with one unit, while Iran is the bottom of Group B. The next outing for the English will be against the North American team on Friday, November 25 To Bayt Stadium. For its part, Queiroz’s squad will try to recover what they lost when they face the Red dragons.

In Group A, the Ecuadorian team leads with the same number of points as the Netherlands, while Senegal and Qatar are without units. The next games will be decisive, since the winner between the three and the Mechanical orange will approach the classification to the round of 16.

“We will all be walking together”: Lionel Messi’s emotional publication before Argentina’s debut in the Qatar 2022 World Cup
This is how Argentina will form against Saudi Arabia in its debut at the Qatar 2022 World Cup: the magnifying glass on Scaloni’s two key decisions
Timothy Weah: from being the son of a Ballon d’Or winner to becoming the face of the new USA team

“The girl is a little out of her mind”

Payments and benefits to pregnant women will increase from January 1, 2023: what benefits will be paid to registered