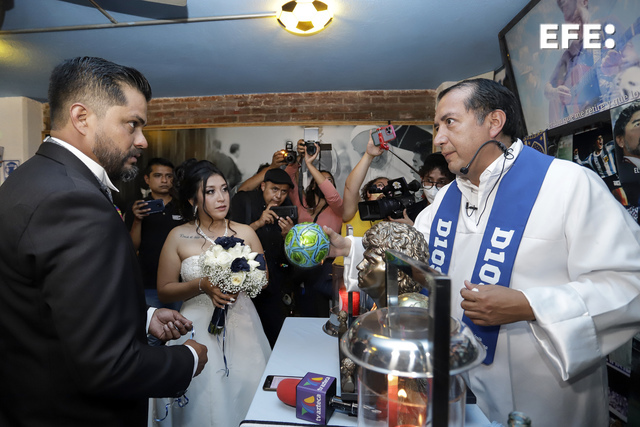 “!Ole Ole ole Ole. Diego, Diego!”, This is how the attendees chanted in unison at a celebration held in the state of Puebla, while remembering the historic player Diego Armando Maradona. But nothing could be further from a football match or a sporting event, since it was the first wedding that was celebrated in the Maradoniana church in Mexico.

That’s how it is, Jaziel Torres Y Hector Garcia They decided to get married in a church that worships the legendary Argentine soccer player and where thousands of soccer fans who believe in the existence of D10S congregate.

Since previous days, the anticipated marriage had been announced in the religious compound located in the downtown San Andres Cholula. Through a peculiar card, the local media were invited to the wedding held on October 1 at 2:00 p.m.

“Long live love under the hand of God our Scorer! We are honored to celebrate our first official marriage”, was read in one of the phrases that accompanied the invitation shared on social networks.

The state of Puebla witnessed how a couple married in the church in honor of Diego Armando Maradona Credit: Twitter @Betohernandzm

It was so on Saturday afternoon the expected moment arrived: the bride made her entrance to the rhythms of traditional Argentine musicwith a white dress and a bouquet of flowers with the traditional colors of the soccer ball.

The Technical Director -as the parish priest of the Maradonian church is called-, Vicente Avendaño, was in charge of opening the ceremonywhile chants and cheers dedicated to the deity of which they are fervent believers were sung.

Before the couple from Puebla joined their lives forever, the DT delivered a sermon in which he welcomed the Maradonians who attended the wedding, while making a brief reflection on the “excesses” and achievements of Maradona.

“If Diego failed and had excesses (…) he also had the strength to keep going in the most difficult moments. you guys they must boast of the same strength when they face times of trial” 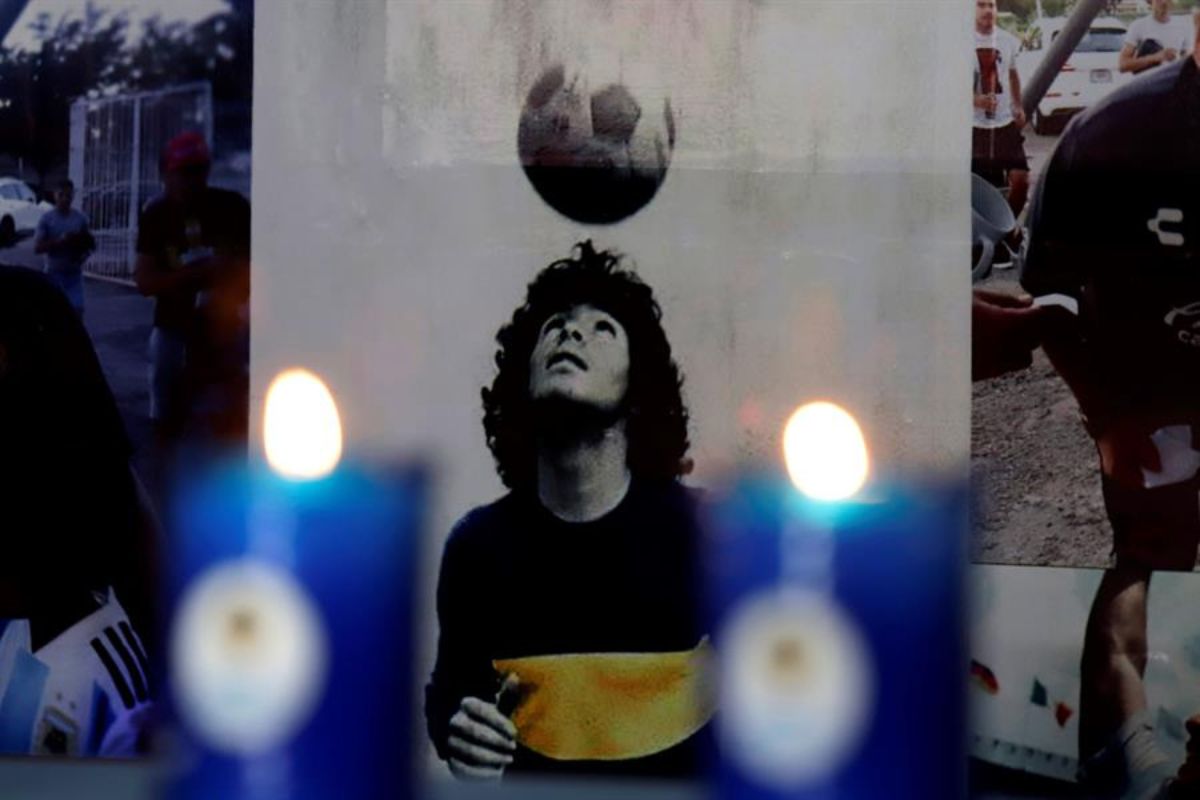 Under the grace and blessing of Diego, Vicente Avendaño declared Héctor and Jaziel husband and wifewho posed before the multiple cameras that wanted to record the historic moment that will remain in the hearts of the parishioners.

“Long live the bride and groom! A toast, a toast!”, the wedding attendees began to shout after the groom kissed the bride. Later, the priest, who was wearing a blue D10S band around his neck, began chanting “Olé, olé, olé, Diego, Diego”.

And, as it could not be missing, the guests were delighted with the music of the Argentine singer Rodrigo Buenowho composed a song for the 1986 World Cup winner titled the colt. “Curious weakness, if Jesus stumbled, why shouldn’t he,” they chanted.

In the Maradona church they were observed cups, trophies and portraits of Diego Armando wearing the Argentina shirt. The moment when he met with Pope Francis in September 2014 is also appreciated. Likewise, Lionel Messi appears among the paintings.

It is worth mentioning that this has not been the only religious event celebrated in said church, despite the fact that it does not have legal validity, since in November of last year the baptism of Natalia, the first Maradonian baby from the State of Mexico.

He warned and he succeeded, Dr. Simi landed on the imposing Rammstein stage in CDMX
Yuya: the most tender and fun memes with which Internet users reacted to Mar’s first birthday
Checo Pérez won the Singapore Grand Prix with a historic performance: “My best performance”

In the US, a pediatrician steals children from immigrants and sells them to wealthy couples

Semyon Slepakov, who promised to return to Russia, goes to work in Israel