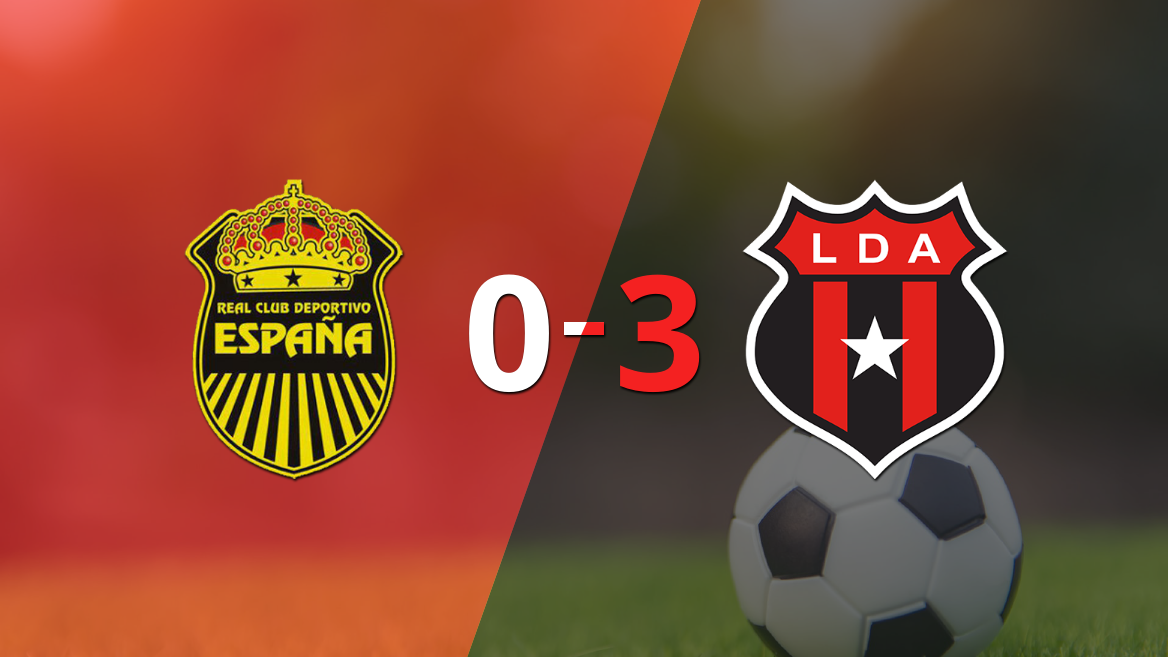 For the semifinal 2 of the CONCACAF tournament – Scotiabank Concacaf League 2022, Alajuelense scored, as a visitor, a 3-0 win over Real España. The goals for the visitor were scored by Freddy Góndola (11′ 1T), Johan Venegas (13′ 2T) and Celso Borges (15′ 2T).

The best player of the match was Leonel Moreira. The Alajuelense goalkeeper excelled by saving 5 shots and making 10 correct passes.

Giancarlo González was also key. The Alajuelense defender had a good level for taking 2 balls and clearing 12 dangerous balls.

It was a game with many frictions due to the infractions committed in the open field. There were a large number of cautioned: Aubrey David, Kevin Álvarez, Jhow Benavídez, Carlos Bernardez, Junior Lacayo, Giancarlo González and Bernald Alfaro.

The referee César Ramos Palazuelos was in charge of supervising the game at the Francisco Morazán stadium.

Alajuelense is practically in the CONCACAF Final – Scotiabank Concacaf League 2022 and Real España has the difficult mission of winning the second leg by a wide difference, next Tuesday, October 11.

The conflict in Ukraine enters a decisive stage

The invaders massively hand out officer ranks to sergeants