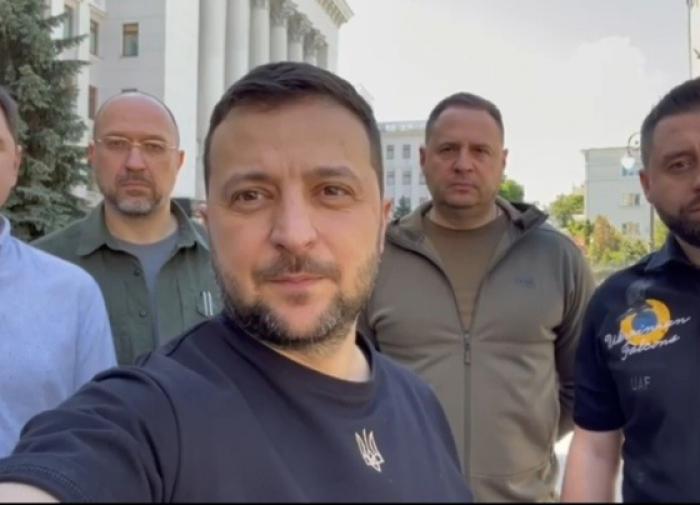 Against the background of the accession of Ukrainian regions to the Russian Federation Vladimir Zelensky spoke about the successes of the Armed Forces of Ukraine.

The President threatened those who took part in the referendum procedure. He called the voting procedure of the population of the DPR, LPR, Kherson and Zaporozhye regions a farce and “an element of aggression against a sovereign country.”

He noted that Ukraine is seeking to expand sanctions.

The Ukrainian leader also said that the Armed Forces of Ukraine have taken the initiative and “are winning victories on the battlefield.”

“There are significant results in the east of our country, there is enough public information about this. Everyone has heard about what is happening in Liman and the Donetsk region,” Zelensky said.

Earlier it was reported that the army of Ukraine pulled up fresh forces and broke through the front in the Stavok area and moving towards Drobyshevo.

Children of stars for permanent residence in America: how the heirs of Malysheva, Malinin, Varum and Ovsienko build their careers abroad

In Turkey, for safety reasons, girls were divided by height

Pavel Volya got into a loud scandal