Final part descriptions of the unique armor for Russian soldiers “Sotnik”, which should enter service by 2025. 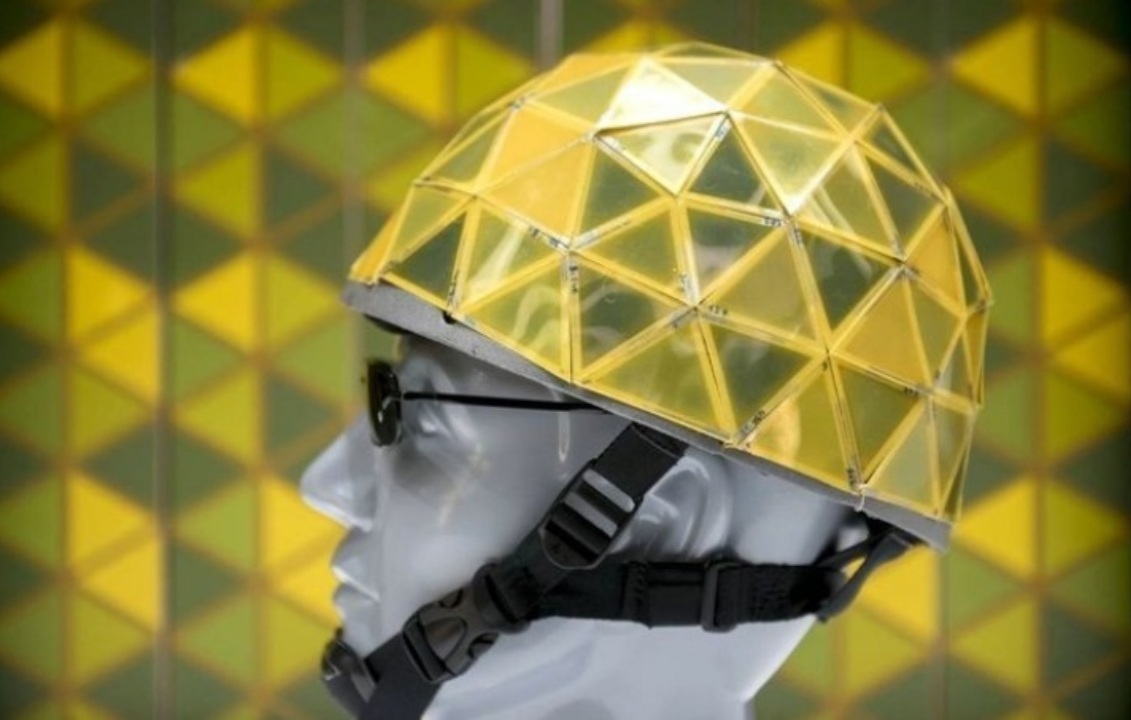 Thanks to the built-in electrical circuits, electrochromium quickly mimics the environment, making the soldier invisible and allowing you to successfully play on the “surprise effect”.

Technology that we have only seen before on alien hunters in the Predator series of films is now a reality: a prototype camouflage material was presented as a helmet cover at the Army-2018 forum. The creators noted that a similar technology can be used to cover military uniforms, weapons and military equipment.

Judging by the fact that much later the portal “Naked Science” reported on the tests of the domestic “chameleon” coating on military vehicles, the technology received further active development.

At the heart of the camouflage system are sensors or photosensitive matrices that collect information about the colors of the earth and the environment. The resulting image is analyzed by the computer system, after which, depending on the result, the material receives a signal to change the coloring.

Smart matter not only changes color, but also creates the illusion of “background” movement:

The color change will occur automatically – or with the help of signals from a launched drone.

The speed of mimicry of the chameleon material is amazing: the color can change every one and a half seconds. Such speed will allow the military to almost completely merge with the environment, confusing not only enemy observers, but also television optical devices. 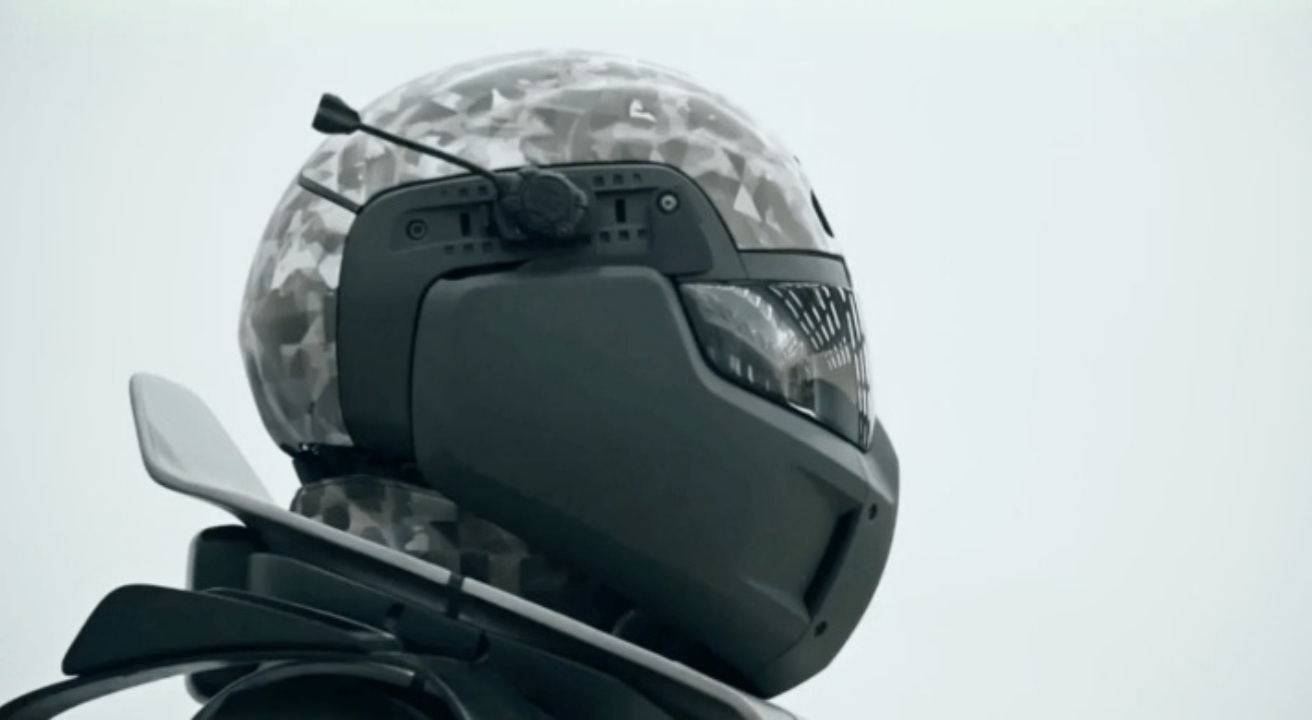 Despite the sophisticated technology, the innovative material is not too energy intensive: it consumes from 4 to 20 W per square meter. In addition, electrochromium is very light: the mass of the material does not exceed several hundred grams per square meter.

Demonstrated at Army-2018, the helmet, covered with electrochromium, changed color from blue to yellow through green and from red to yellow through orange. Scientists also reported on the receipt of a brown material – “chameleon” – made specifically for military camouflage.

It is assumed that layer-by-layer electrochromic material will be used to create a complex camouflage pattern.

Interestingly, innovative smart matter is also capable of becoming transparent – but this development is more likely to be useful in everyday life: for example, to create “smart glass” for windows that can replace the usual curtains and blinds. Chameleon material will also come in handy in other areas of peaceful life: for example, in architecture, fashion design, billboards.

The Unbearable Lightness of Being

Despite the huge amount of technology introduced into it, the armor of the “Defender of the Future” will not only not become heavier than its predecessors – it will also be lighter than them by as much as 20%. According to Rostec CEO Sergey Chemezov, the weight of a full ammunition load will be approximately 20 kilograms. Other sources call a more accurate weight – 24 and 26 kilograms. 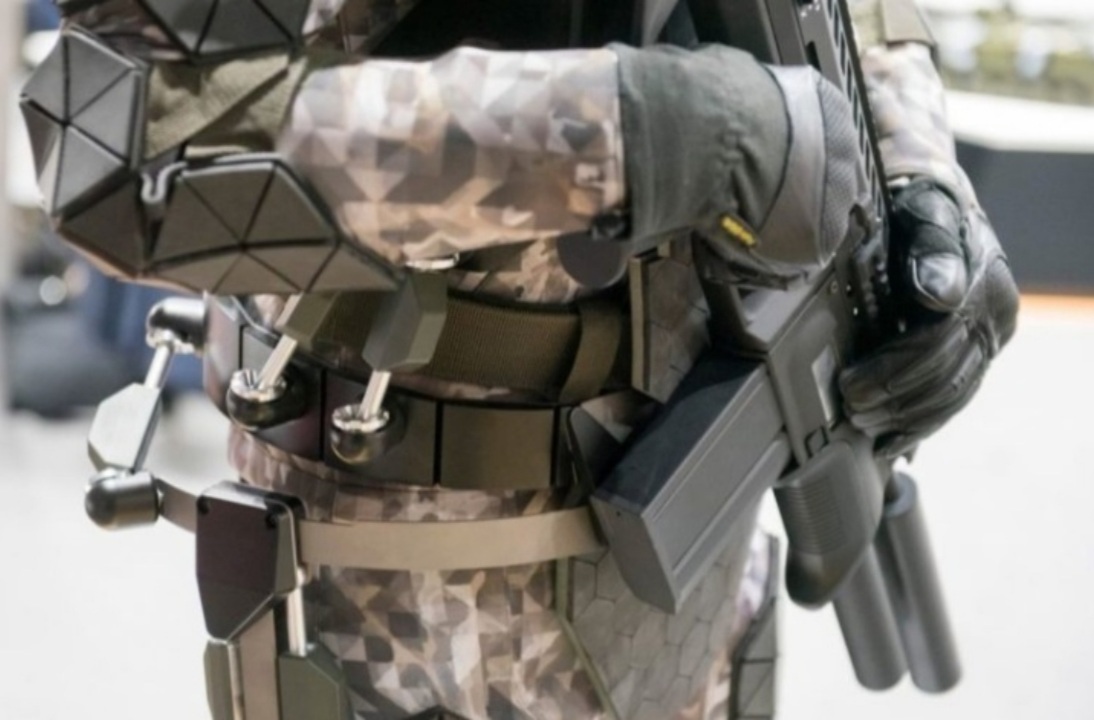 Soldiers of the invisible front

The “Defender of the Future” ammunition includes electronic assistants – miniature drones. With their help, the military will be able to better navigate the conduct of hostilities, where there are many barriers and obstacles – for example, in a city or in a forest.

The tiny size will allow the soldier to take with him 3-4 such drones in a container at once and conduct reconnaissance with their help. The unmanned system, with all its cameras and navigators, will weigh no more than 1.5 kg and will be able to work in any climatic conditions – not only in daylight, but also in night vision mode. It is planned that after the military releases the drone, it will automatically connect to the communication and video surveillance system of Sotnik and will broadcast the picture not only to the owner, but to all participants in the military operation.

The micro-intelligence system also has some limits – for example, it is problematic to launch small drones in strong winds, and the launch radius of drones does not exceed 150 meters – launching over a longer distance threatens to lose the signal.

Similar technology is already in service with the Western military. Military expert, editor-in-chief of Arsenal of the Fatherland magazine Viktor Murakhovsky told Rossiyskaya Gazeta about the features of military portable drones: these practically silent devices the size of a human palm work on electric motors and allow you to actively spy in the most hidden and dangerous places: look around the corner, inspect rooms in houses and large production workshops, to explore densely built-up areas.

Of course, such a useful technology will also be useful to the Russian military. Moreover, there are already developments – for example, the tiny Reset microdrones of the SET-1 company, tested during the hostilities in Syria (transmission of information over a distance of up to 400 m in a city and 1 km in a forest, broadcasting images in the highest quality in mode real time), as well as the Osa and Dozor devices from Ruselectronics.

According to Rossiyskaya Gazeta, drones specifically for Sotnik are being developed by the Kronstadt group.

The VPK News portal also reports that the equipment of Sotnik, in addition to drones, will include micro- and mini-robotic systems. 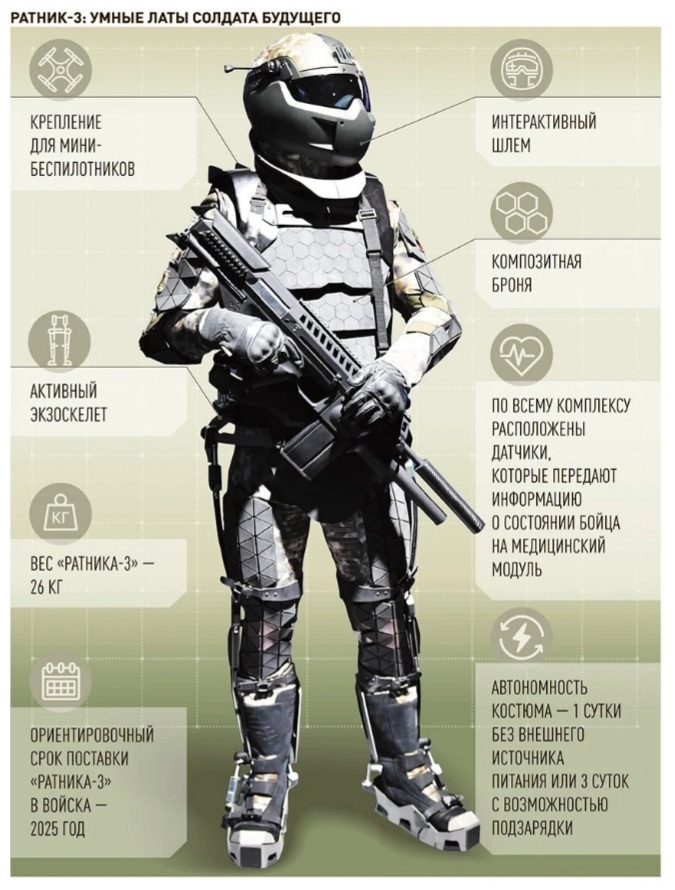 At the Army-2017 forum, a mannequin dressed in advanced armor was holding an unusual new type of weapon. Then it was perceived simply as an interesting concept, but it seems that serious high-tech developments are underway in this area of ​​​​the military-industrial complex.

Some sources mention that in addition to the Sotnik armor itself, engineers are developing new ammunition and small arms. For example, the news portal “VITRINA.WORLD” reports the words of Oleg Salyukov, Commander-in-Chief of the Ground Forces of the Russian Federation, who said that the effectiveness of small arms being developed for Sotnik has increased by 1.2 times compared to previous models. Dmitry Semizorov, developer of TsNIItochmash equipment, noted that a special cartridge for high-precision sniper rifles is being created for the armor of the Defender of the Future. And Rossiyskaya Gazeta mentions the ability of weapons for the Sotnik to independently aim at the target.

In total, the equipment of the “Centurion” includes more than 150 components. Of those not yet mentioned, we note

A very important advantage of the new armor is its versatility. Separate components of the “Sotnik” will suit both the shooter, and the scout, and the driver. In one of the publications of “Russia Today” it is noted that the new equipment will meet modern requirements for combat – in particular, so that a soldier can conduct combat operations for three days. TASS notes that units equipped with Sotnik will be independent, self-sufficient and autonomous on the battlefield.

Thanks to the electronics introduced into the Sotnik, the commander will not only be able to constantly be in touch with his subordinates, but also track their location and combat readiness. This will greatly increase the effectiveness of combat operations. According to military expert Yuri Knutov in an interview with RT, modern warfare technologies require that “all fighters be integrated into a single digital control system.” And “Sotnik” perfectly responds to this demand of the time – after all, advanced equipment systems, in addition, will be equipped with artificial intelligence. 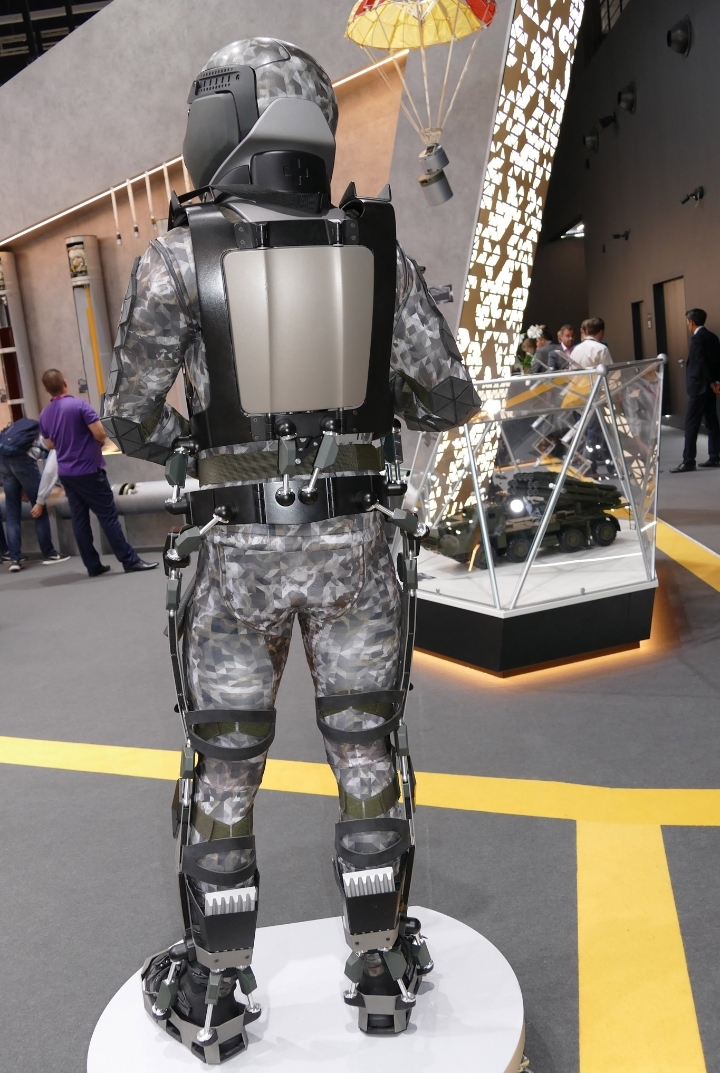 Alexander Romanyuta, chairman of the military-scientific committee of the Ground Forces, said at the Army-2018 forum that thanks to the technologies of the new armor, “each serviceman will be like an independent” sensor “on the battlefield, receiving information and target designations.” Mr. Romanyuta noted that this would simplify the process of combat:

“Everything will be done automatically, by a distributed network, the fighter will make a decision only to hit the target.”

The final bonus of Russian military equipment is economic.

According to forecasts, the price of one Sotnik combat set will be 50,000 rubles. This is a very favorable price compared to Western counterparts: for example, the cost of French FELIN armor is $45,000.

The technologies of the Sotnik combat equipment are truly impressive. It seems that the new armor was not born in modern factory floors and engineering enterprises, but descended from the pages of science fiction novels. After getting acquainted with the amazing innovations being introduced into the future equipment of the Russian military, it becomes clear that it was not in vain that the developers initially gave such a formidable and poetic name to the promising armor: with such a “Defender” we can definitely be calm for the safety of the future.

What you need to take with you mobilized, told in detail the battalion commander Khodakovsky

Ica in alarm for earthquake of magnitude 5.9, the ninth so far this day