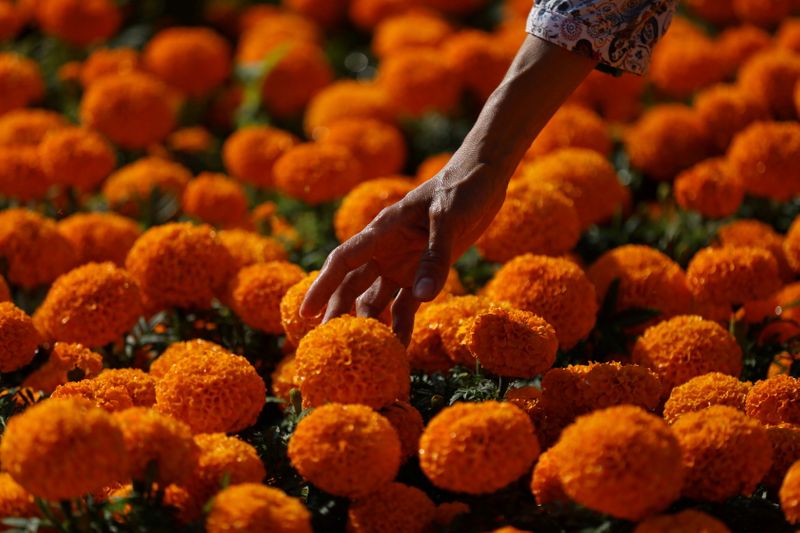 Stock image. A woman collects cempasuchil flowers to use during Mexico’s Day of the Dead celebrations at the San Luis Tlaxialtemalco nursery in Xochimilco, on the outskirts of Mexico City. October 28, 2021. REUTERS / Edgard Garrido

One of the most famous flowers in Mexico is the cempasuchilknown for filling the season with color Day of the Dead. His name comes from Nahuatl Cempohualxochitl, which means “flower of 20 petals”.

This natural orange specimen is native to Mexico and from the prehispanic era It had a great importance, because the Mexicas thought that it was similar to the sun and for that reason they put it on the altars of the dead.

This herb grows annually, from 60 centimeters to 1 meter in height, it is aromatic and grows naturally in hot, temperate, semi-warm and dry climates, although it can also be grown in orchards or urban areas.

In addition to its relevance in culture, there are several facts about this flower that are unknown, and that is that it has more uses than being an ornament for the Day of the Dead. 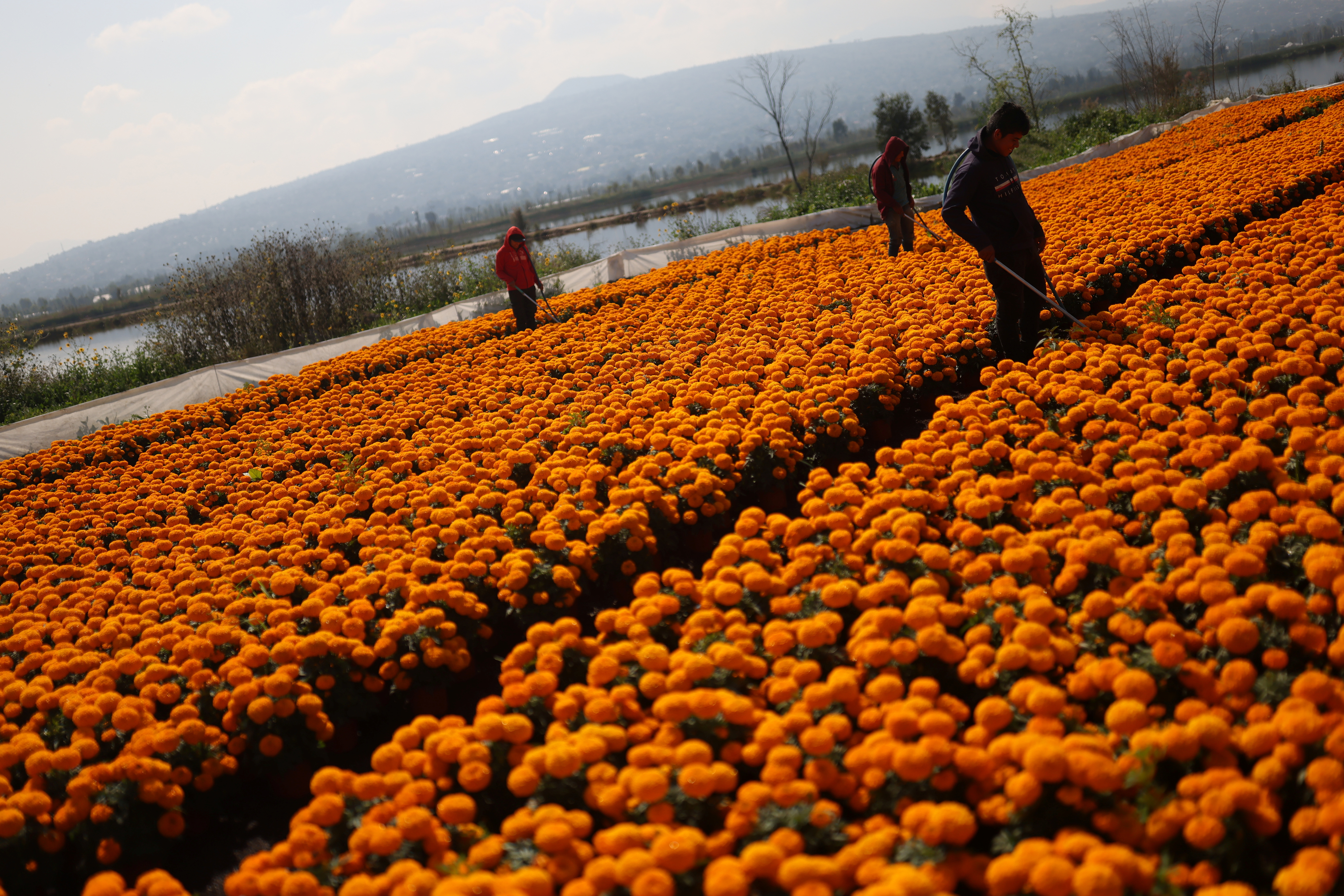 Workers water Cempasuchil Marigolds to be used during Mexico’s Day of the Dead celebrations at San Luis Tlaxialtemalco nursery, in Xochimilco on the outskirts of Mexico City, Mexico October 28, 2021. REUTERS/Edgard Garrido

You might also be interested in: Bougainvillea tea: what are the benefits and risks of this drink

And it is that the cempasúchil has gastronomic and medicinal uses, because according to an article of the Ministry of Agriculture and Rural Developmentcan be used to treat various conditions such as digestive problems, fever or respiratory diseases.

Also, the specialist in food chemistry of the National Autonomous University of Mexico (UNAM), Daniela Barrera Garciaexplained for an interview that this flower has been used as medicine since pre-Hispanic times.

The orange shoot is edible and has vitamins, minerals, antioxidants and antimicrobial agents, according to the specialist. That is why it is customary to use it as a home remedy for stomach pains.

According to the Digital Library of Traditional Mexican Medicine of the UNAMthis medicinal species can help with the so-called “empacho”, colic, diarrhea, liver conditions, vomiting and can attack parasites. 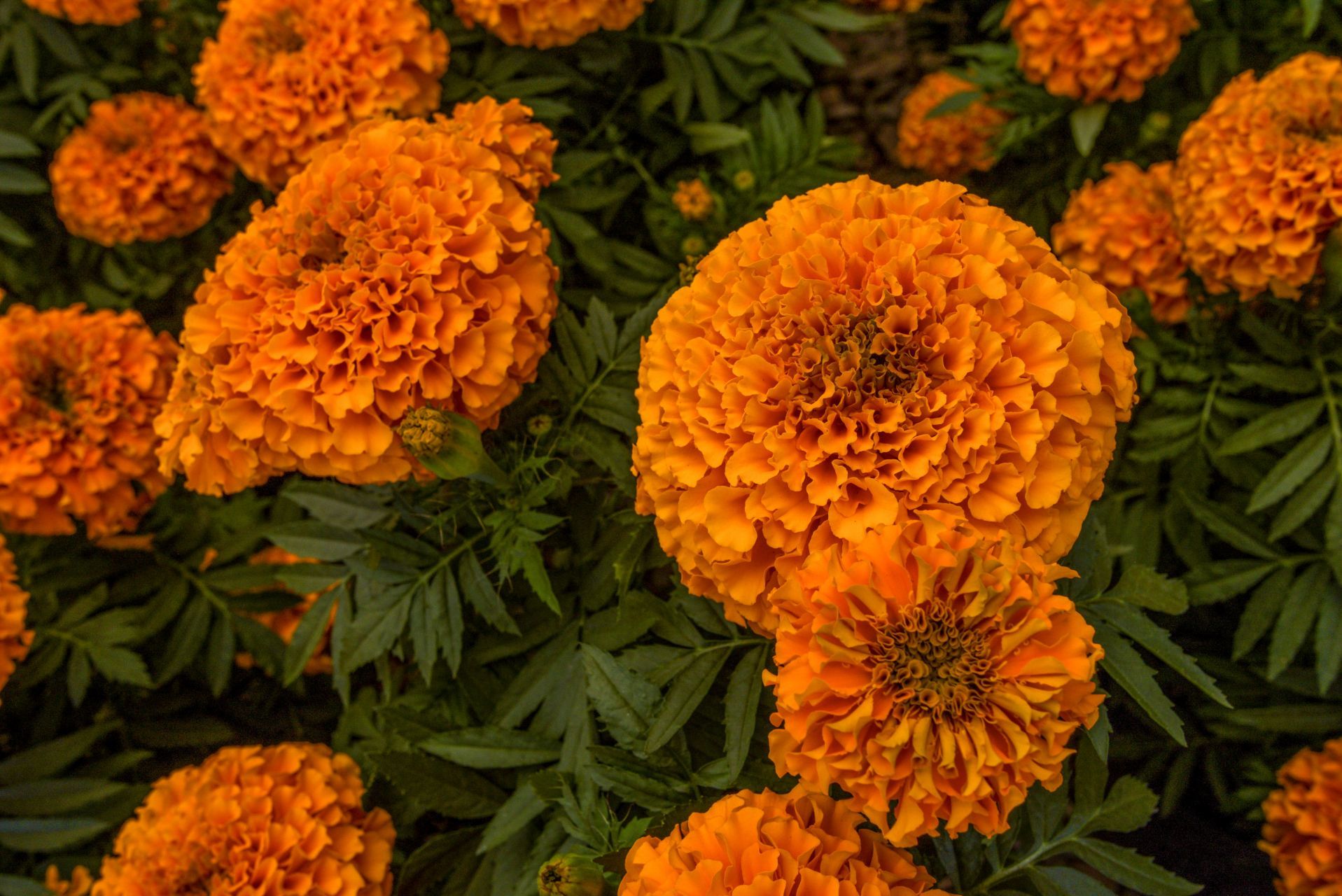 ATLACOMULCO, STATE OF MEXICO, OCTOBER 13, 2021.- The San Lorenzo Tlacotepec Nurseries dress in yellow for the sale of cempasúchil flowers, an important element in the celebration of the Day of the Dead, this municipality is mainly dedicated to floriculture, and they sell this flower season; Despite the COVID-19 pandemic, their sales were not so affected last year and they expect this year to be the same. PHOTO: CRISANTA ESPINOSA AGUILAR /CUARTOSCURO.COM

In various entities of the Mexican republic It is usually used to cure cough, flu, bronchitis, inflammation of the stomach and menstrual pain.

Similarly, it can serve as a dermatological treatment, to relieve rashes, sores, warts and pimples, as well as nerve-related conditions, such as insomnia, anxiety or epileptic seizures.

It can also be used in cases of diabetes, rheumatism, when there is irritation or suppuration of the eyes, in earaches, to relieve headaches and even relieve symptoms of cancer.

Within the article Digital Library of Traditional Mexican Medicine of the UNAM each of the components contained in the flower that are beneficial for this type of condition was explained. 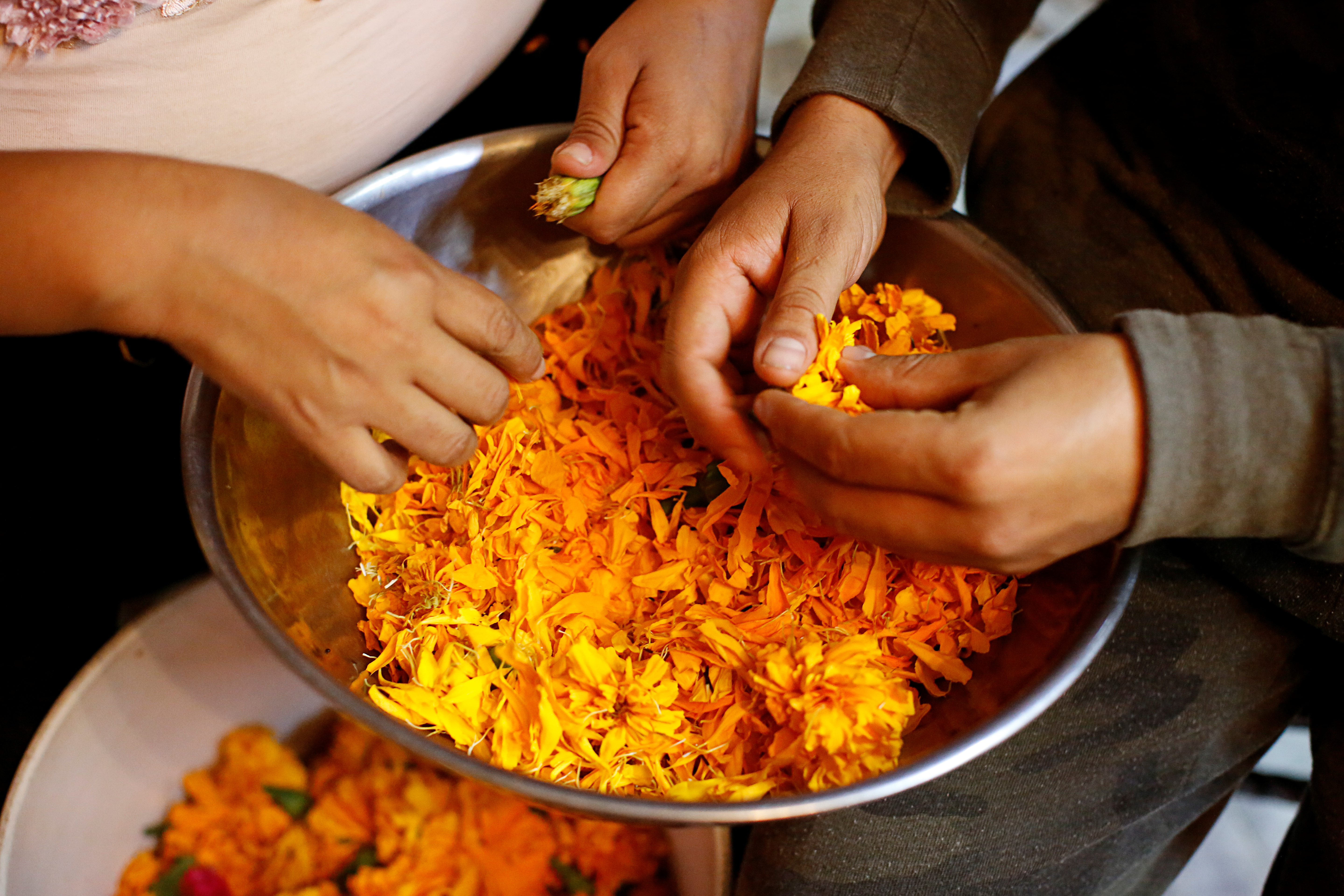 Ana Quiroz and her brother David, who both recovered from the coronavirus disease (COVID-19), peel away petals from Cempasuchil Marigold flowers whilst decorating an altar for their loved ones who died of the COVID-19, at their home in Mexico City, Mexico October 30, 2020. REUTERS/Gustavo Graf

The essential oil obtained from leaves and stems of cempasuchil presents antibiotic activity against bacteria and fungi as the Candida albicanswhich is responsible for some types of infections, including vaginal ones.

To relieve the aforementioned conditions, you can ingest the cempasuchil flower in infusion or tea, which can be accompanied with lemon, mint, honey, among others. Another option is to put the petals on the temples to relieve headaches.

It is important that before taking any tea or infusion of plants consult a doctor, because in some cases the flower has been used as abortive.

– An envelope of chamomile tea.

– An envelope of mint tea.

1. First, the petals must be disinfected like a lettuce.

2. Boil the water and add the petals for 3 minutes.

3. Remove the infusion from the heat, strain and serve in a cup along with the tea bags.

Bruter on the transition of Kherson and Zaporozhye to Russian law: a year is a good time

A friend of Russia or a cruel intriguer of the United States: the secrets of the political game of the Turkish “sultan” Erdogan

This is how a Scottish moral philosopher got Elon’s number