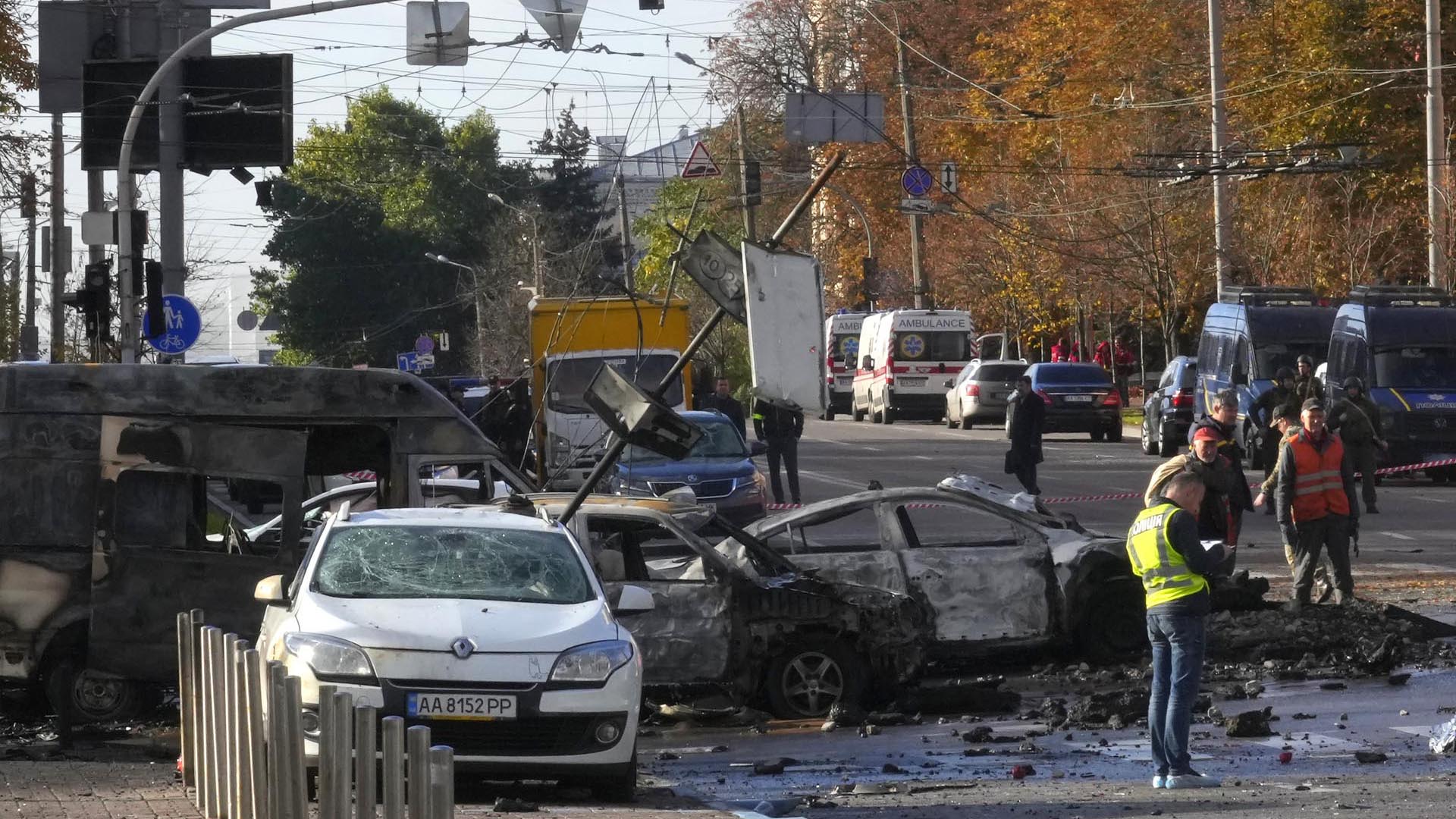 One of the sites attacked in kyiv (AP Photo/Efrem Lukatsky)

Ukrainian President Volodimir Zelensky assured on Monday that his country does not feel “intimidated” due to the bombings carried out by Russia, which affected important energy infrastructures and caused at least eleven deaths.

“Ukraine cannot be intimidated. It can’t be, because it’s joined. Ukraine cannot be stopped,” Zelensky said in a video posted on social media, promising “even more painful” fighting for Russian troops at the front.

Zelensky condemned the attacks that Russia has launched on several Ukrainian cities, calling them “typical terrorist tactic”while maintaining that the bombings were intended to “instill fear”.

In this sense, he maintained that the Kremlin is lying in assuring that it has reached “all the planned goals”: “They lie, as always. Look at their ‘real targets’, the intersection in kyiv where I am. That is the goal”, emphasized Zelensky, showing in a video a normal street in the Ukrainian capital. 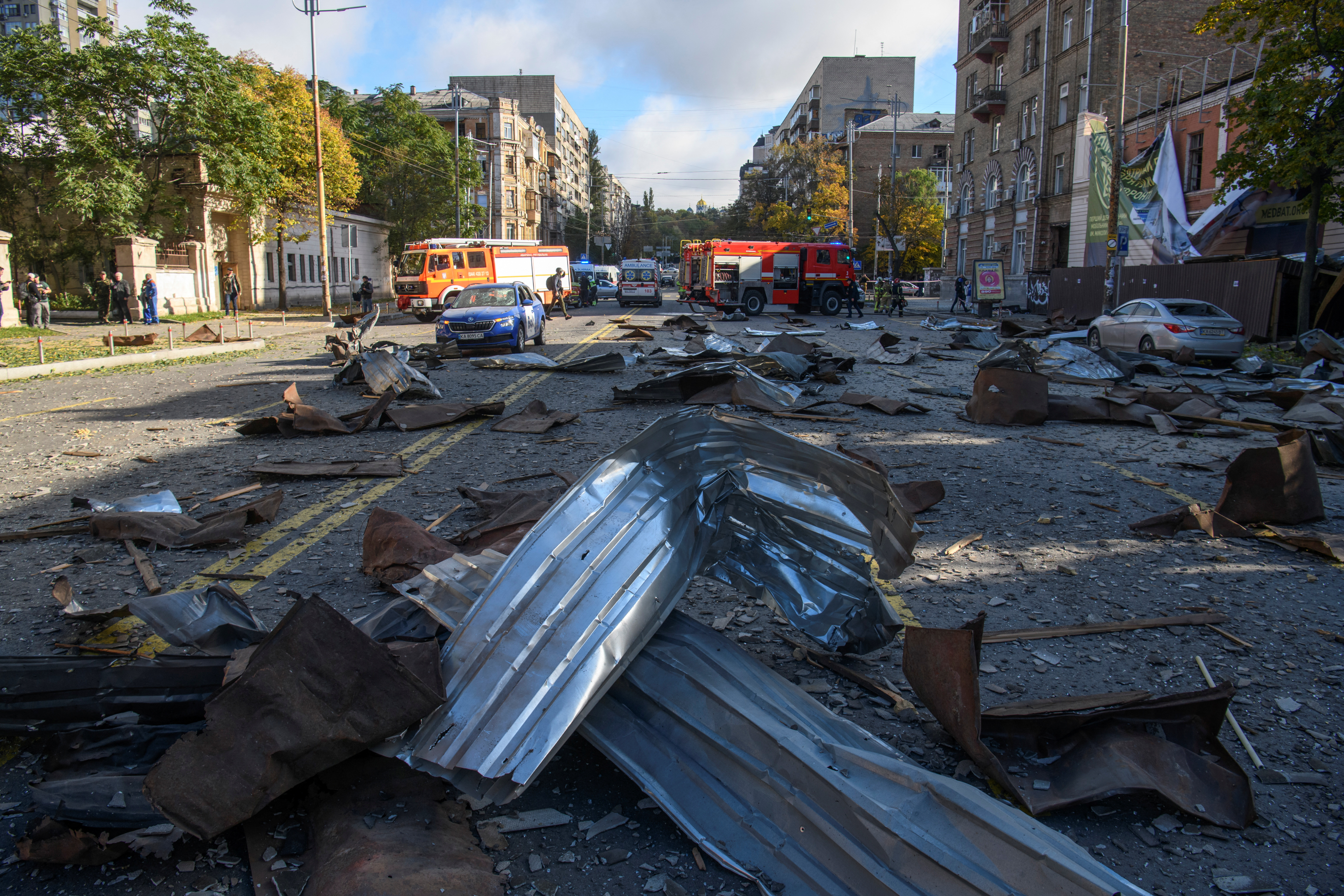 The consequences of the Russian attack (REUTERS / Vladyslav Musiienko)

However, he said that the security forces are doing “everything possible” to restore the normal production and supply of electricity, arguing that electricity is necessary in all families, regardless of “any manifestation of Russian terror.”

“We need energy to reach all our homes, in all areas,” said Zelensky, who called on Ukrainians to consume “reasonable electricity.” 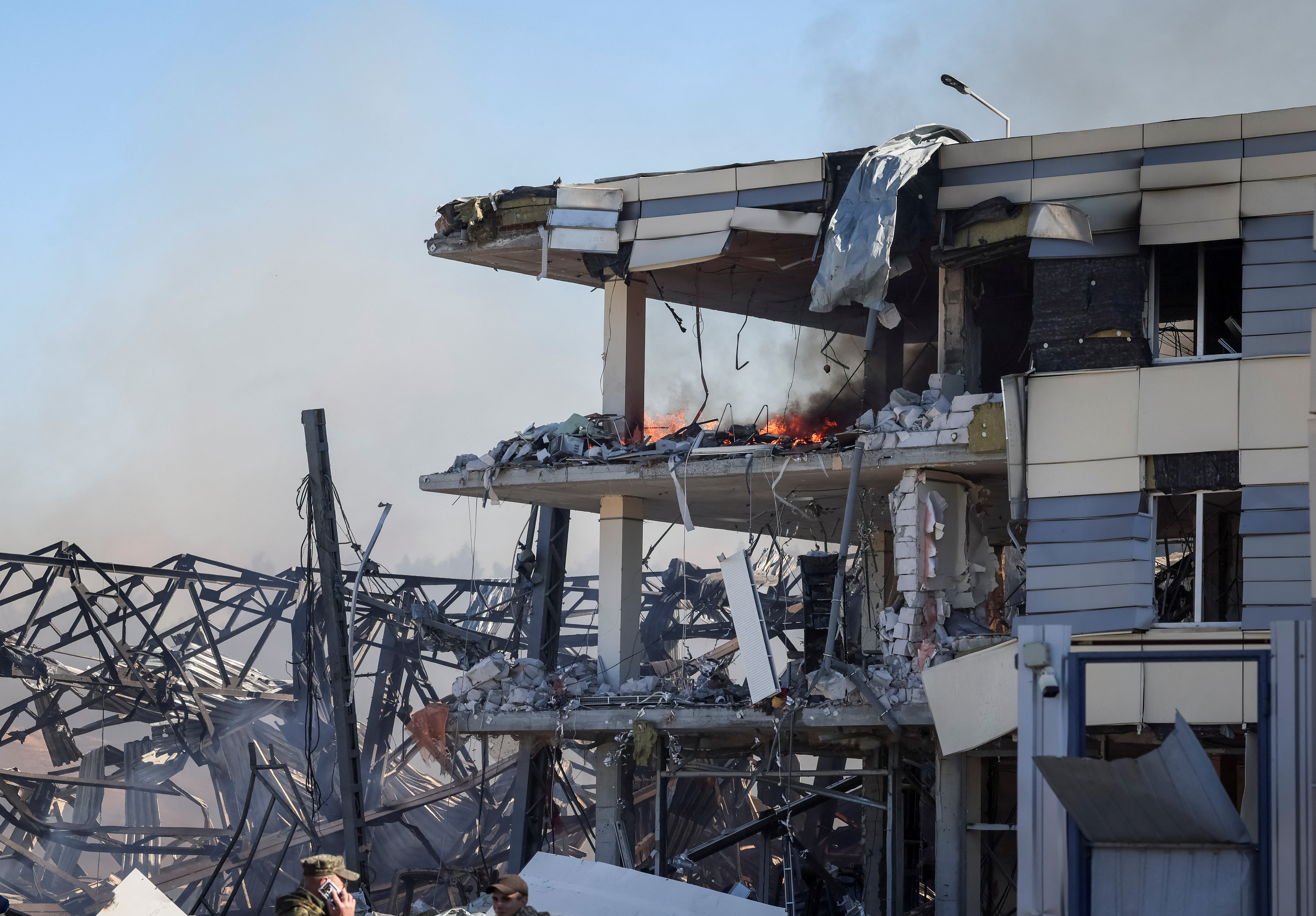 (With information from AFP and EP)

Russia’s brutal attack on the entire Ukrainian territory may mark the beginning of a new chapter in the war
Infographic: This was Vladimir Putin’s biggest bombardment of Ukraine since the beginning of the invasion
The shocking videos of the bombing of kyiv ordered by Putin after the attack on the Crimean bridge

ENT surgeon Dobretsov: nasal remedies for the common cold cannot be used for a long time

The Ministry of Defense showed the retraining of snipers