The “Victory Train” with a new carriage about the events of the last 8 years in the DPR and LPR has arrived in Vladimir. The head of the Vladimir region came to the opening of the legendary exhibition Alexander Avdeev together with children from the DPR and Vladimir. 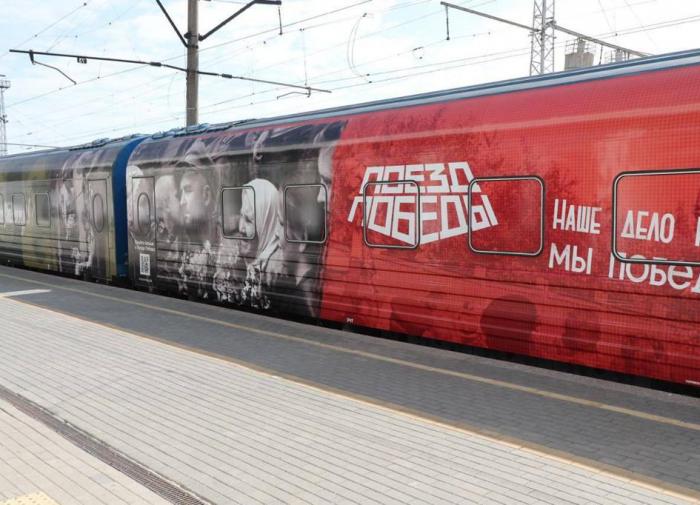 The Victory Train is a unique immersive museum on wheels that tells about the events of the Great Patriotic War. 50 video projectors, 18 video walls, 12 touch-tables, thanks to light and sound effects, recreate breathtaking air battles and massive tank attacks, paint pictures of a soldier’s field life and quiet memories of a peaceful pre-war time. 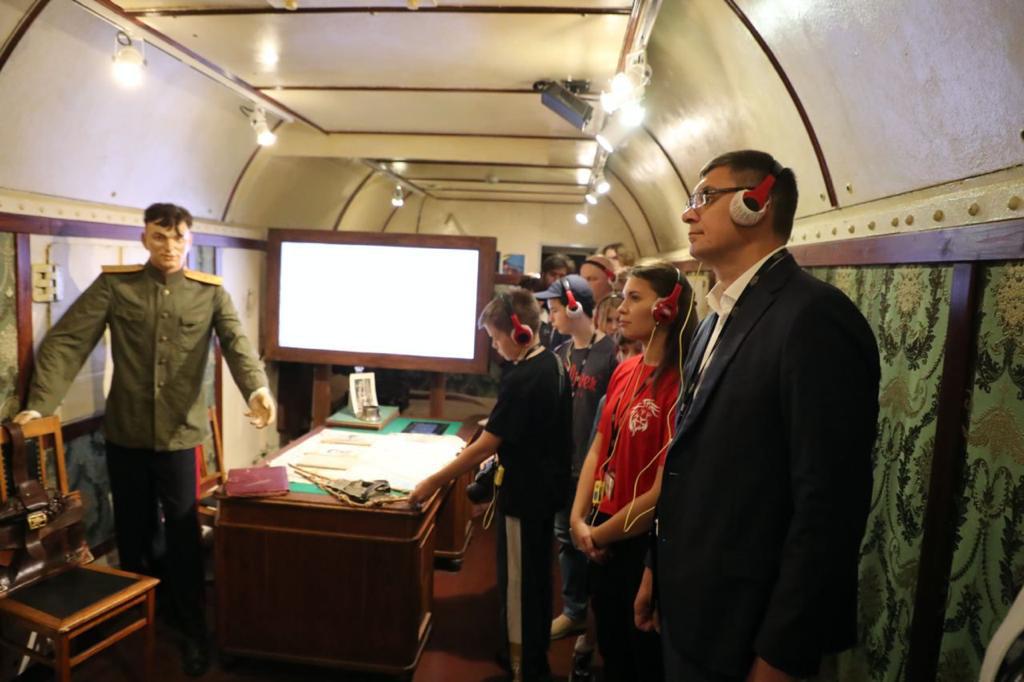 Visitors to the exhibition are guided by the girl Lydia: she is not just an audio guide, she is the embodiment of the whole history of the country. In 1941, she was nineteen: she followed in her father’s footsteps and became a locomotive driver. Together with her, we go through all the events of that great war – from the terrible defeats of June 1941 to the joy and tears of May 1945. The prototype of Lidia was the real typist Elena Chukhnyuk – her locomotive column carried trains with weapons and ammunition to the front line. 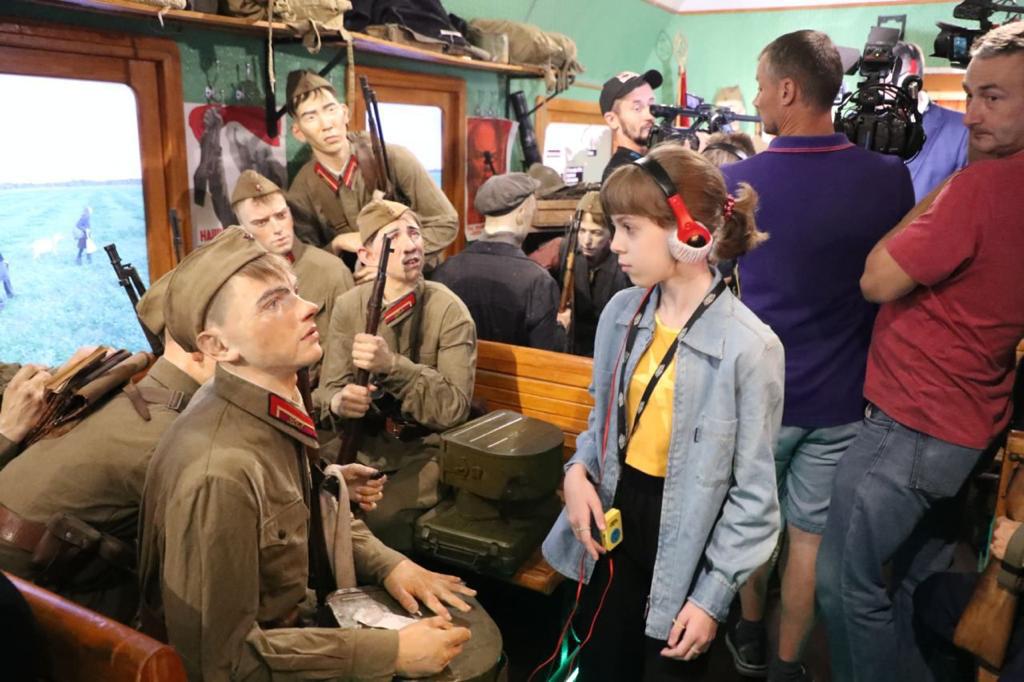 Unfortunately, the Great Patriotic War did not go down in history, as our ancestors once hoped. The fight against fascism returned to our land after 80 years. And the first to suffer, as in those terrible years, were the children who had to flee from their native places to the hospitable Vladimir land. It was together with the children from Donbass and fellow-Vladimir residents that the head of the region Alexander Avdeev came to get acquainted with the exhibition. This year, for the first time, a carriage appeared on the train, in which they talk about the undeclared war of Ukraine against its people in the Donbass over the past 8 years.

– The ninth carriage is our days, Donbass. It is clearly shown how terrible fascism is and the fact that its followers still exist. Our duty to veterans is to eradicate this evil. Civilians are protected by our military. They are worthy heirs of the Generation of Winners,” the head of the Vladimir region shared his impressions.

The Pobeda train will operate at the Vladimir railway station for two days, on August 3 and 4. Admission to the exhibition is free, but you must first register on the project website.

VKS bombers attacked the Armed Forces of Ukraine with FABs

The Polish authorities explained the need for reparations from Germany: they will improve relations between countries