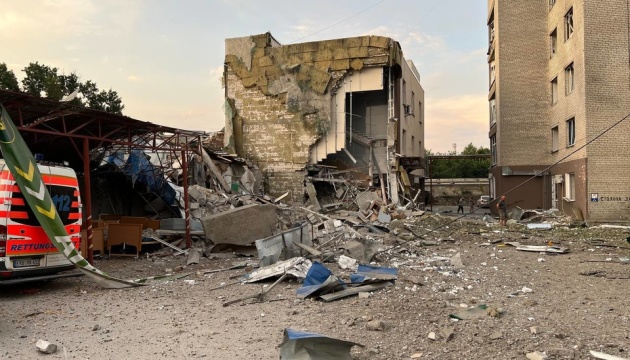 Over the past day, on July 31, Russian troops shelled seven regions of Ukraine.

According to Ukrinform, this is stated in the summary information of the military-civilian administrations on the situation in the regions of Ukraine as of 8:00 on Monday, August 1.

AT Chernihiv region at night the enemy fired artillery at the Novgorod-Seversky district. According to preliminary data, no casualties and destruction. Detailed information is being specified.

Read also: In the Dnepropetrovsk region, the enemy fired from “Gradov” Nikopol and Manganese

AT Dnipropetrovsk region the Russians once again fired at the Nikopol and Krivoy Rog districts. The aggressors fired more than 60 rockets from the Grads at Manganets and the Chervonogrigorovka massif. Two people are injured. In Marganets, 8 private residential buildings, cafes, clothing production, and the power grid were damaged. The city is partially without electricity. In the Chervonogryhoriv community, 28 private houses, outbuildings and cars were damaged. The power line was out of order. Several streets were without power. The Zelenodelsky bulk of the Krivoy Rog region was fired upon by the enemy from cannon artillery. There are no casualties or destruction.

In Kharkov, in the morning, Russian troops attacked Saltovka, two victims are known. According to preliminary data, the shelling was carried out from artillery.

At night, the Russians attacked Merefi. There is a hit in production, one person is injured. At night, there was a blow to Chuguev, the production building of the enterprise was damaged. The Russians also shelled the Chuguevsky, Izyumsky, Kharkiv, Bogodukhovsky districts of the Kharkov region, and fired artillery at open areas. Outbuildings, private households, coniferous litter and fields were burning.

AT Lugansk region Over the past 24 hours, the Russians fired at settlements and positions of Ukrainian troops seven times from cannon artillery and mortars. Four times the enemy used volley fire installations, made three attempts at tank pressure, and three times used air support for his assault operations. In all cases, the Russians were forced to retreat to previously occupied positions. During the day, two more reconnaissance groups of invaders were also neutralized.

AT Donetsk region at night, the enemy shelled the Ocheretinskaya bulk along the entire line of hostilities, most actively in the area of ​​​​Peskov, Chervonogorovka and Kamenka. At night, Russian troops also fired from “Gradov” near the village of Lastochkino. According to preliminary data, there are no civilian casualties, the information is being specified.

During the day, the Russians shelled Avdeevka, Karlovka, Nikolaevka, Soledar, Bakhmut, Maryinka, Yagodnoye, Predtechino, Kurdyumovka, New York, Pivnichnoye. 9 private residential buildings and a high-rise building, a wheat field, a gas station, a pharmacy, and garages were damaged. Donetsk region remains without gas and partially without water and electricity. During the day, three people died and 16 were injured in the region.

At night, Nikolaev was once again subjected to massive shelling. We know about damage to private homes. A fire broke out on the territory of the medical facility. A humanitarian warehouse with medicines and food burned down. The trauma center of one of the hospitals was destroyed, where buildings, medical transport were damaged, windows were broken. According to preliminary data, no casualties. Detailed information is being specified.

In the Bashtansky district of the Nikolaev region, at night, the Russians fired on the outskirts of the village of Novoaleksandrovka, Ingulsky community, which caused dry grass to catch fire. There were no casualties or damage. The shelling of the Bereznegovatskaya community continues.

AT Kherson region hostilities continue in almost all areas, a tense situation in the communities bordering neighboring regions. Due to the shelling, more and more villages are on the verge of destruction, people are leaving the damaged houses en masse. The surviving houses are inhabited by the invaders. Half-empty villages in Kalinovskaya, Velykoaleksandrovskaya, Vysokopolskaya and other communities.

At the same time, the night passed relatively calmly in other regions of Ukraine.