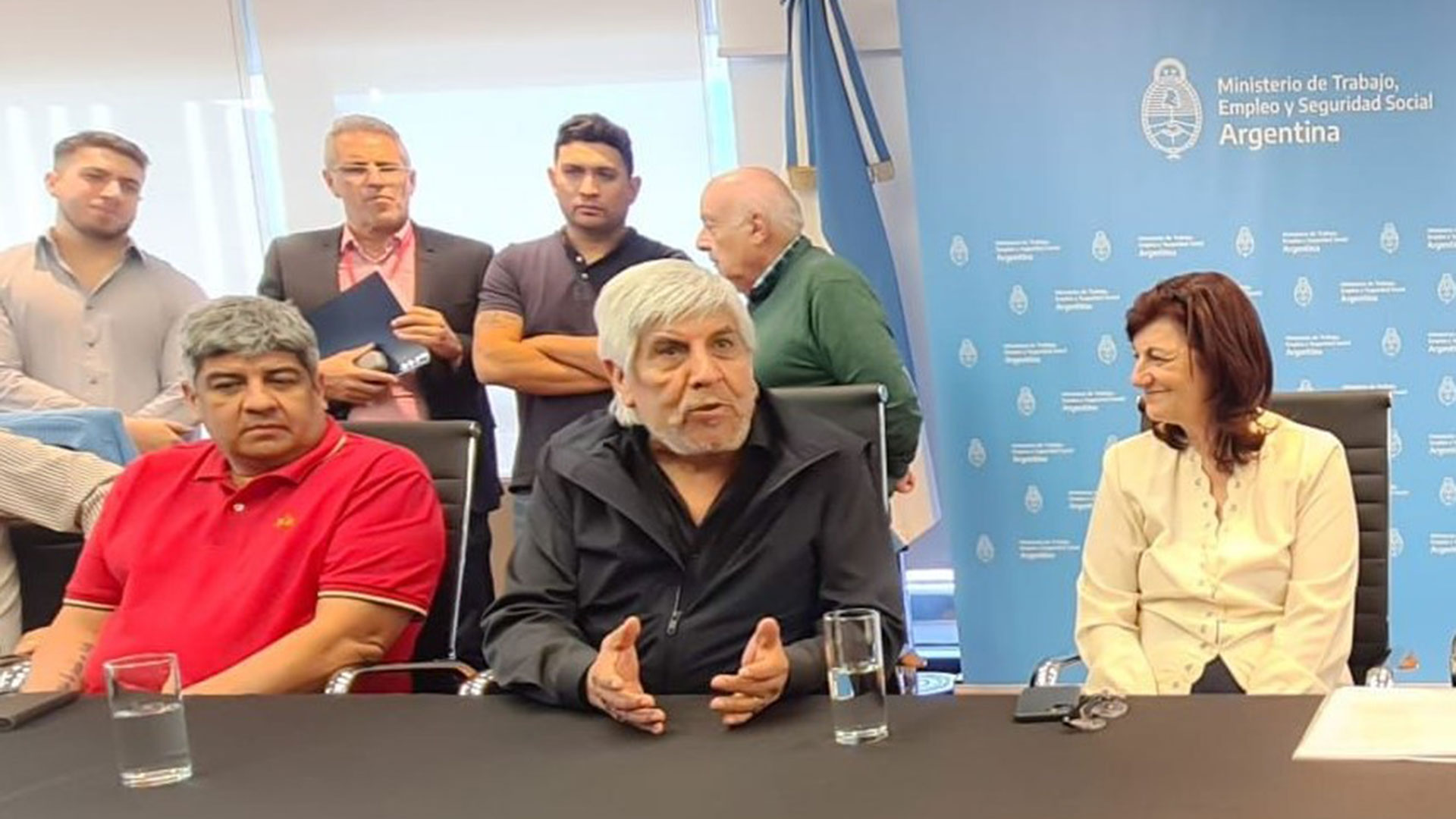 Pablo Moyano, Hugo Moyano and Kelly Olmos, at the act to sign the joint venture of the Truckers’ Union

After weeks of pulling and threatening to get a 131% increase, the Teamsters Union signed this afternoon a salary recomposition of the 107% in four tranches and a bonus of 100 pesos for the end of the year and thus closed one of the key joint of Argentina and that kept the Government in suspense to avoid a conflict.

The salary agreement, which will benefit some 200,000 workers, was signed by the leader of Truckers, Hugo Moiano, and his assistant secretary, Pablo Moiano, with the chambers of the sector in a hearing presided over by the Minister of Labor, Kelly Olmos.

The percentage of the increase and other details of the agreement with the businessmen were anticipated this Wednesday by infobae, although strangely the denied Moyano’s son at night.

Trade unionists and businessmen had advanced unofficially in the agreement, but in yesterday’s hearing they agreed to move on to intermediate room for this Thursday in order to overcome some differences, such as the additional 10% for long-distance drivers. That is why when they met this afternoon, they quickly closed it and decided to sign it in front of Minister Olmos.

The agreement contemplates three tranches of an increase of 27%, in November, February and May 2023 and 26% in August, which makes a total of 107%, in addition to the payment of an extraordinary allocation of 100,000 pesos to be paid in four installments in March, April, May and June 2023.

The results of the referendums in the DPR and LPR on joining Russia 2022: how they voted in the republics, Kherson and Zaporozhye regions

Energy Minister of Ukraine called for sanctions against Rosatom