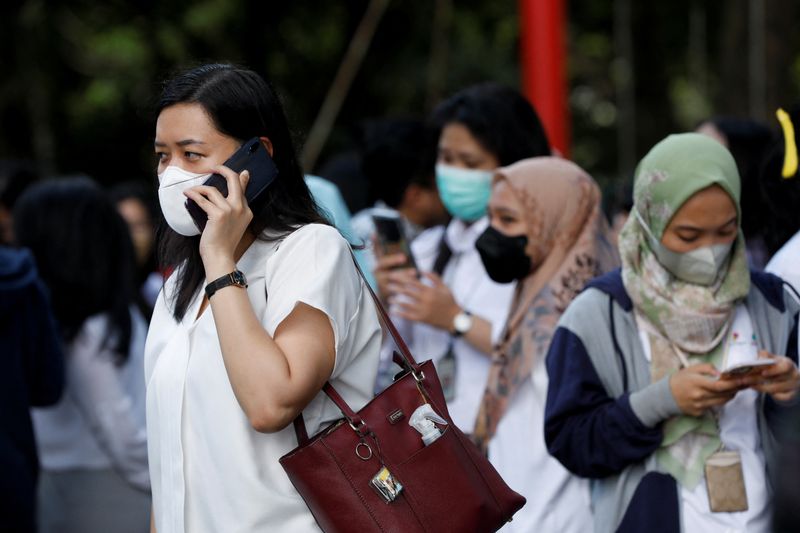 Several people gather after their evacuation from a building in response to an earthquake that was felt in Jakarta, Indonesia, November 21, 2022. REUTERS/Ajeng Dinar Ulfiana

The epicenter was located in the town of Cianjur, in the West Java province, about 75 kilometers southeast of Jakarta, and at a depth of 10 kilometers (6.2 miles), the BMKG said, adding that there is no possibility of tsunami.

BMKG chief Dwikorita Karnawati advised people to stay in open spaces in case of aftershocks, speaking to reporters at the Indonesian Parliament building.

The United States Geological Survey (USGS) recorded the earthquake as a magnitude 5.4 on the Richter scale.

How was this year’s climate summit?