Two reservists, called up during partial mobilization, died at the Yelansky training center (Sverdlovsk region). Another, mobilized by mistake, died after returning home – he, as it turned out, had cirrhosis of the liver.

As the deputy of the State Duma told RIA Novosti Maxim Ivanovrepresenting the Sverdlovsk region, one man died of a heart attack, the second committed suicide.

This information was confirmed by the regional ombudsman Tatyana Merzlyakovaemphasizing that “the death of people is not related to the conditions in the garrison.”

However, according to Ivanov, the garrison still has one problem – the reservists there do not want to comply with the “dry law”, because alcohol is sold “openly” in nearby stores: 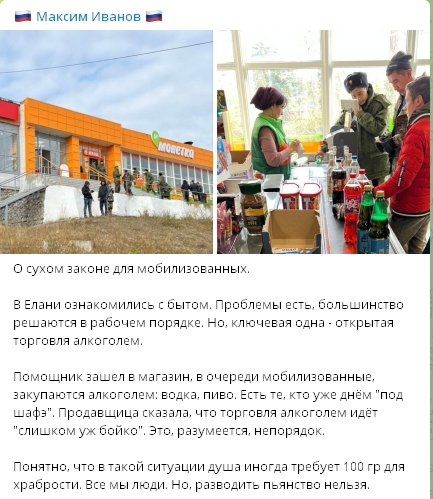 However, there is no evidence that it was alcohol that provoked the death of men in the Yelan training center.

Address by Vladimir Putin on September 30, 2022, video, key quotes from the speech