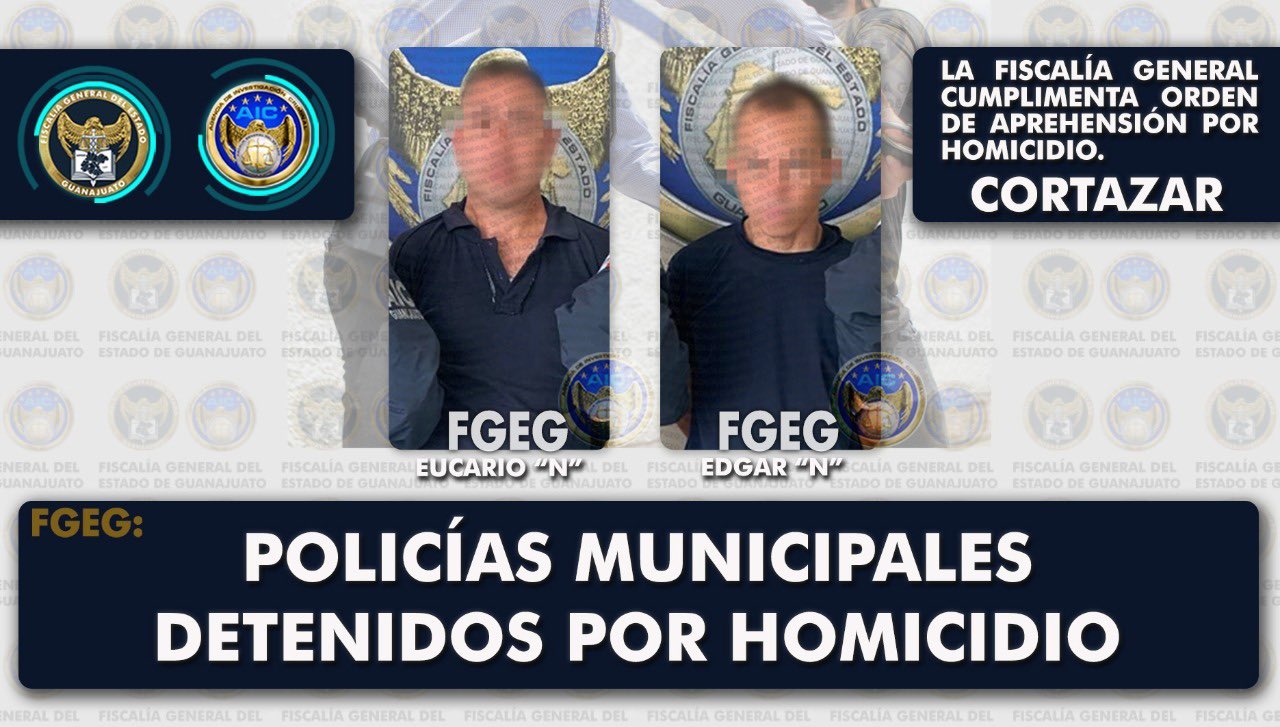 Cortazar agents had differences with ministerial agents during the capture (Photo: FGE-Guanajuato)

Criminal Investigation Agents (ICA) of the Guanajuato Prosecutor’s Office they arrested Two policemen that kidnapped and handed over to a man to go shot to death.

According to the ministerial dependency, it is about Eucary “N” Y Edgar “N”active members of the municipality of cutwho are accused of their alleged responsibility in an execution carried out two months ago.

The officers were captured around 11:00 a.m. on October 6 on the road that connects cut with Salvatierraoutside of a Cinemex. The two are accused of co-authorship for qualified homicide against George Arthur “N”.

According to the investigations of the AICthe uniformed Directorate of the Municipal Public Security System arrested their victim in the early hours of July 30 for no justified reason, since they just handed him over to be killed.

“They entered an address located in the Cerrito Colorado neighborhoodfrom where they took the offended party by force and they put him on a patrol”, specified the Guanajuato Prosecutor’s Office about the alleged collaborators of a hit man.

When they had it in their possession, the agents took George Arthur “N” before his executioner, who fired the last shots on a dirt road that leads to the community of caraching Y the Mocha.

“A control judge granted the Public Ministry, the arrest warrants against the accused, who were detained by Criminal Investigation Agents, while they were circulating in a corporation patrol”, added the official report.

The detainees will remain at the disposal of the competent authority so that their legal situation can be resolved. 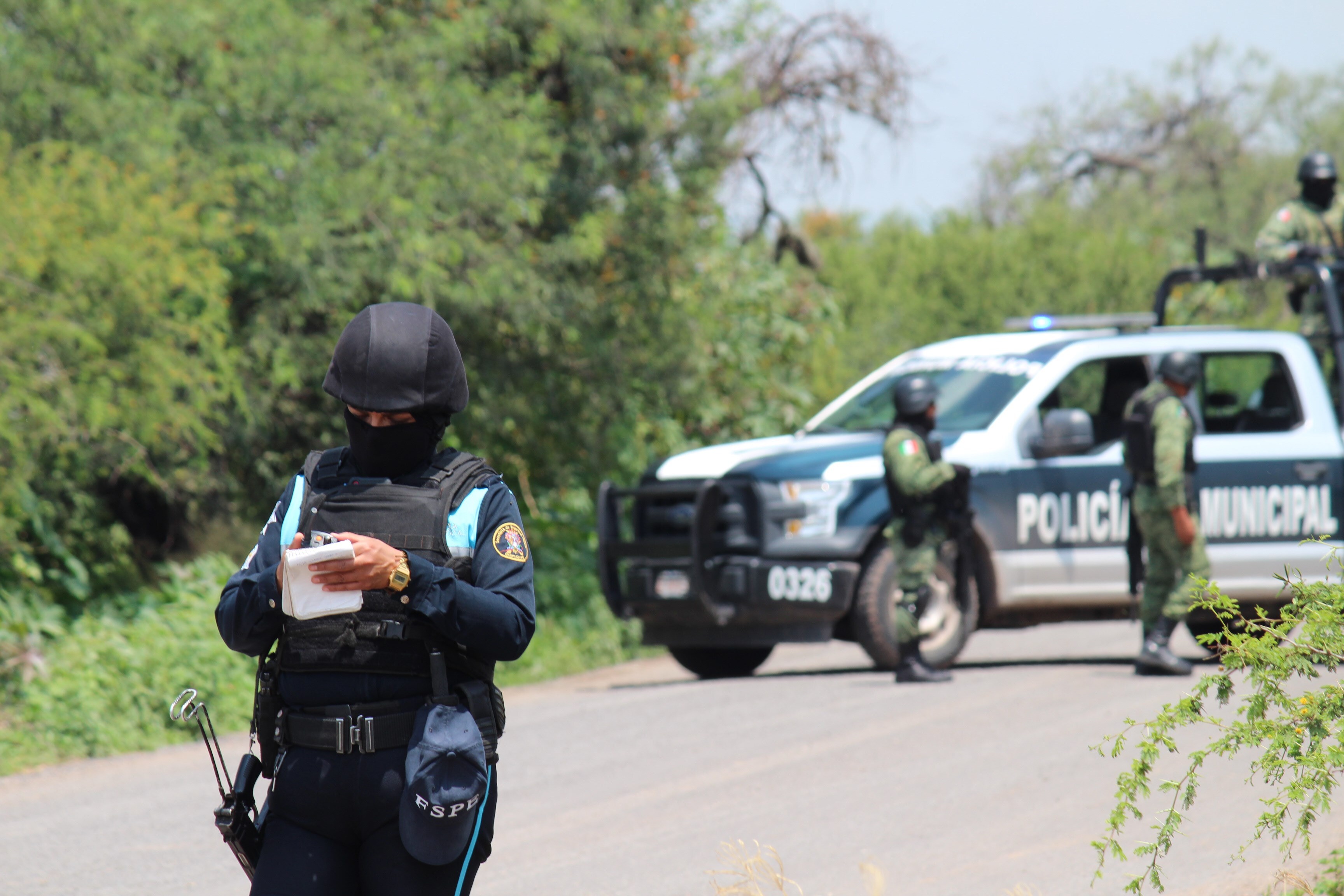 The crime in which the police are implicated occurred on July 30 (Photo: EFE/STR)

The Guanajuato Prosecutor’s Office reported that the co-author of the murder is already detained under the precautionary measure of preventive detention, but the details of his legal situation will be released when the investigation and due process are not affected.

Since Thursday morning, a video of the capture of the policemen was broadcast, since the interventions of the elite group blocked the way to patrol 361 with a strong deployment what caused the conflict with other municipal elements of Cortazar.

The accused they noticed that they were coming for them and requested the support of their peerswhereby up to a dozen armed agents arrived and one recorded the arrest with his phone, where up to three vans with members of the AIC.

The video recording shows that the ministerial elements brought the detainees up by force, but in the course of the operation they were held responsible for alleged damage to the official unitbecause they broke one of the crystals to achieve their goal.

The municipal police even radioed their superiors and more colleagues to indicate that the patrol had been affected, which was secured. Also, they asked for the injunction to be shown granted to complete the detention, before taking his companions.

A woman with a covered face carrying a long weapon tried to mediate with the municipal officers and assured that they did have the office, but it was not exposed to view. Later, one of the agents got into the vehicle in which they were traveling. Eucary “N” Y Edgar “N” to remove it from the place.

Guanajuato is the most violent state in Mexico for at least six years, since the Santa Rosa de Lima Cartel stood out there with him hydrocarbon theft and his criminal interests extended to drug dealing. In 2017 he increased the drug war against him Jalisco New Generation Cartelwhose cells have not taken control of the entity, despite the decrease in their enemies.

At the end of last August it was revealed that 150 municipal police officers from Celaya operated for one or the other side in the dispute. Hence, the possible involvement of the agents detained in cut with any of the criminal groups. However, the drug organizations have also made Guanajuato the most lethal entity for public security officials in the last three years consecutively.

Which parts are better to buy: new or used?

Russian Foreign Ministry reminded of US threats against Nord Stream