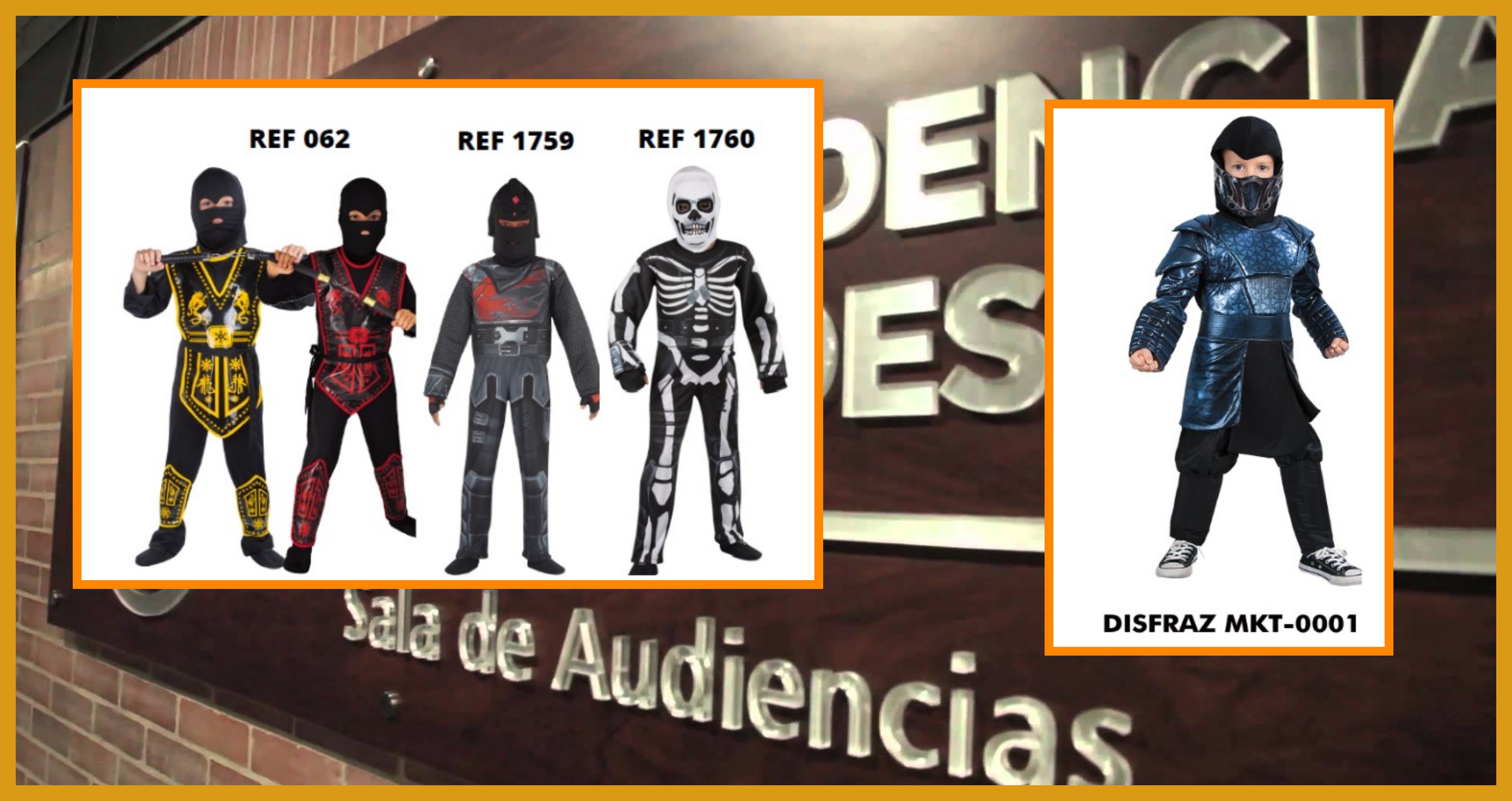 Today is the Halloween party in which thousands of children will come out in disguise to claim candy. In this festivity that gladdens the hearts of children and youngsters, it is an occasion in which the parents of the family have to be attentive to the latent risks.

Precisely the Superintendence of Industry and Commerce (SIC), reported that around 13 types of costumes must stop being manufactured, distributed and marketed due to suffocation risks due to the absence of breathing holes.

Regarding the fact, the renowned Falabella commercial chain reported in a statement that the costumes indicated by the SIC would be preventively withdrawn, emphasizing that the fact ‘does not affect the reliability, suitability and quality of the products sold by Falabella de Colombia‘.

“By virtue of the order issued by the Superintendency of Industry and Commerce to the costume manufacturer, the company INDUSTRIAS DT SAS, in which it orders it to cease manufacturing, importing, distributing, marketing, offering and making any products available to consumers indicated below, for which reason Falabella de Colombia SA has decided to suspend the commercialization in its sales channels of the following costume models, which, according to what is established by the SIC, their use may represent a security risk”.

The costumes that were indicated by the SIC and withdrawn by Falabella are:

The commercial chain reported through the statement that it will return the money to the people who bought the costumes indicated by the SIC. “To do this, please contact our customer service line 5878002 in Bogotá or 018000113252 or bring the item to any Falabella store in Colombia. It is not necessary to present a strip or receipt of payment”.

Among the recommendations issued by the Superintendence of Industry and Commerce, is not to put masks or masks on children that cover their entire face, in addition to verifying that the accessories and costumes are made of harmless materials for them.

Forecast for Halloween in Bogota

The Bogotá administration and the District Institute for Risk Management and Climate Change (IDIGER) inform all citizens that dry conditions are expected to persist on the last day of October, as occurred during much of the weekend.

However, the institute highlights that there could be some light drizzles to the east of the city. The estimated temperature for the first hours of the morning will be 8 °C; however, it could increase as the hours go by, there will be a predominance of dry weather in the country’s capital.

As for the afternoon hours, the IDIGER estimates an increase in cloudiness “with possible light to moderate rains in areas of the west, south-west and north,” adds the institute. The maximum temperature that could occur in the city will be 20 °C.

October closes with 15 homicides of social leaders after the murder of three of them in Nariño and Sucre
They are looking for a young man who disappeared after trying to swim in a lake in Soacha (Cundinamarca)
La Paz Total with Iván Márquez once again confronted Iván Duque and Gustavo Petro: “A monument to impunity”.

Perendzhiev: Ukrainian authorities are in Kyiv on a business trip