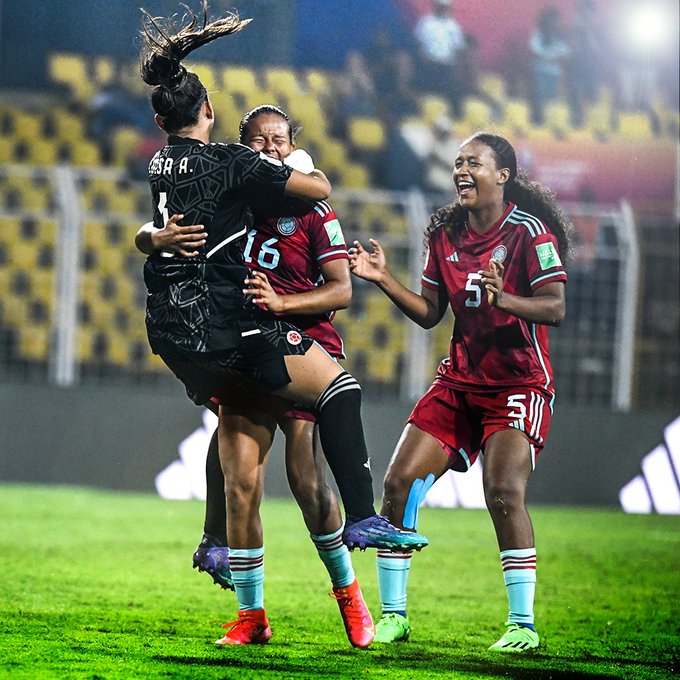 Colombia Sub 17 team will be decorated by Congress. Source: FCF

The rise of women’s football in Colombia Little by little it has paid off, although there is still a long way to go before I achieve a popularity similar to that of the men’s categories, the women have gained a reputation for their performances at the national and international level. Both at club and national team level, the victories, results and instances achieved have them as the fashionable theme, currently due to what has been done in the Under-17 World Cup, reaching the final, a point that no other eleven had reached. Next we will recount the definitive phases that they have reached “The Powerpuff Girls”, as they have been called on several occasions.

There is a record since the 70s, when amateurism, which is largely what is still evident, began to be talked about women’s soccer in the country. The first great appearance came in the 1998 South American Championship, equivalent to the America Cupwhich for that edition was held in Argentinapunctually in Mar del Plata.

Final of the U-17 Women’s World Cup against Spain: a revenge for ColombiaSpain’s 1 – 0 victory over Germany gave them the quota to face the national team, a match that will determine whether the Iberians maintain the title as world champions, or the coffee makers will get even with their debut commitment in the highest competition

On that occasion, despite reaping two victories by landslide, 4 – 1 against Venezuela and 5 – 1 against Chile, the 12 – 1 defeat at the hands of Brazil frustrated the illusion of reaching the semifinal. This contest was finally won by the Cariocas, after defeating the locals, Argentina, 5 to 1 in the last match.

Of the 9 editions that have been held in this event, 8 have been won by Brazil and one by Argentina. However, the National Team has finished as runners-up on three occasions: 2010, 2014 and the most recent this year, a tournament also held Colombia.

Although the comparison is hateful, the men’s team has had the chance to win this tournament, the America Cupin 2001, when the championship was held in this country, but only one runner-up has come.

At the Olympic level, the women’s team has been champion of the Panamerican Games, this in the year 2019, fairs held in Peru, in addition to a runner-up in 2015, when it was held in Canada, these being the most outstanding participations. Keep in mind that this event has only been competed 6 times in history, of which the national team has qualified 3 times.

Carlos Paniagua, the person responsible for a Colombia Women’s team playing the first final in a World Cup The 59-year-old coach has achieved excellent results in both the U-20 and U-17 teams, which will play the World Cup final against Spain

In the sense of the Olympic cycle, of the 3 times that women’s football has been arranged for these fairs, Colombia He has competed twice. In 2014 they were runners-up, while in 2018 they failed to get past the first phase.

The thing with Bolivarian Games It is very different, of the 5 opportunities in which it has competed, in 4 the gold medal has been achieved, editions: 2009, 2013, 2017 and this year. The 2005 silver medal was achieved. Additionally, since 2013 in this competition the sub-20 category has played.

In short, considering all the competitions, the senior category has 2 titles and 4 sub-championships, as well as a third place in the South American Championshipin 2003 and 2 fourth places.

This category was opened, so to speak, since 2004, in order to participate in the South American Championship, which for this division is organized every 2 years. In this contest the soccer players have not achieved the title, because of the 9 editions there has only been one champion country, Brazil. However, the team has been runner-up twice, in 2010, when the tournament was held in this nation, and the most recent, this year.

In addition to this, the team has ranked third in the competition three times, and from there the most influential and important players for the national sport have emerged, for example: Yoreli Rincin, Leicy Santos either Angie Castaneda.

In addition to this tournament, and the Bolivarian Games which has already been reviewed on how many times it has been won, this category has managed to participate twice in the world championship, the first in 2010, occupying fourth place, a championship held in Germany, and the most recent, also this year, reaching quarterfinal instances. In fact, the figure of the latter was Linda Caycedo.

In addition to his outstanding performance in the championship of the Indiathis team has achieved a title of South American Championship and 3 runners-up. The other competition that they can play is precisely the World Cup, which with this opportunity, they have attended on 5 occasions, in which they had not passed the first round, until now.