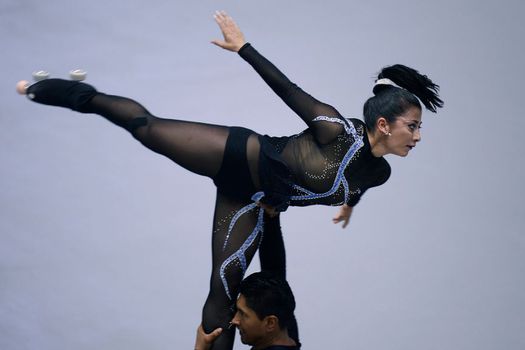 the death of the famous skater Sandra Carolina Otálora López Last Sunday, November 13, it took Colombians by surprise, especially sports lovers. And it is that, after years of giving the country numerous victories, The athlete underwent palliative sedation, after fighting for months with a grastic cancer.

“From the Mindeporte family we express our deepest condolences to the relatives, friends and relatives of Carolina, the glory of Colombian figure skating, who has left to give more light to eternity (…) Her triumphs, teachings and memories Made Legacy, they will be our impetus to continue promoting the sport throughout Colombia on their behalf. Rest in peace”, was one of the first statements issued by the Ministry of Sports that day in memory of the skater.

For years, Otálora and her husband, Juan Manuel Lemushours passed preparing, teaching classes and traveling inside and outside Colombia to compete on behalf of the country. But all that changed in August of this year, when all his dedication had to go from skating to the health of the Bogota athlete to who was diagnosed with gastric cancer.

“We came back from the World Games and she she had some medical check-ups because she was sick, she was diagnosed with gastric cancer. a gastrectomy, they removed the tumor, but had a relapse. She had many tumors in the intestine and this made an obstruction. clinically, there was not much to do”, Carolina’s husband told Semana magazine.

You can also read: Peace talks between the government of Gustavo Petro and the ELN will restart this Monday from Venezuela

Over the next few months, Carolina and her family exhausted all options seeking a solution to the disease but, in her husband’s words, “the doctors gathered us together and showed us the reality”Lemus confessed to the Bogotá media, adding: “They talked about euthanasia and palliative sedation”.

That was how, after trying “surgeries, injections, medications, studies and exams”her husband recalled to the same medium how, on a day like any other, the athlete told him and his son Juan Sebastián Otálora (26 years old): “‘Please no more. I’m tired'”. 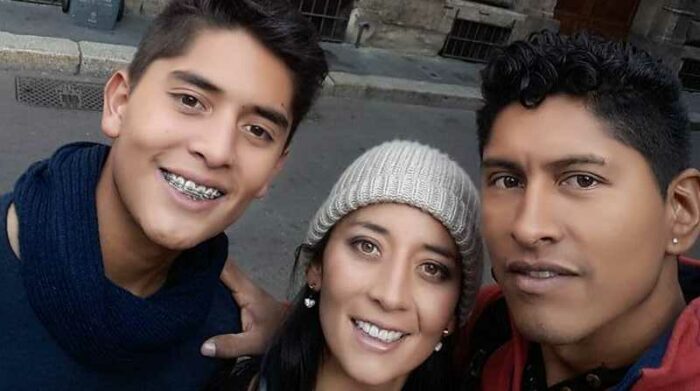 with so only 40 years and a life yet to go, both personally and professionally, Carolina opted to undergo palliative sedationa procedure in which drugs are administered to reduce awareness to those with end-stage disease.

Although the decision involved confront their religious beliefs and even accepting that her family could not agree with her, the Bogota skater did not back down because she wanted to rest from the pain caused by the disease and the treatments she underwent.

You can also read: Historical Pact will keep five seats in the House of Representatives, after ruling of the Council of State

“She was the one who made the decision. So we would not have wanted to, because it was his will and he had to do it. We decided to support her. She’s the one that she feels the pain, she did not want more needles, more procedures, everything is painful… She made the decision not to feel more pain”her husband told RCN News.

On Sunday November 13, in the company of her husband and sports partner for the last few years, her son and her closest relatives, Carolina said goodbye to this world. He expressed that in his vigil wanted to wear the uniform that Colombia presented in the past Olympic Games and, giving an Arequipe one last taste, rested.

“She asked for an arequipe, then my sister-in-law got it and tasted it with her little finger. Also a tangerine juice. It was the last thing he did He took my hand and said: ‘This is the best because I’m leaving happy.’ Then she left an audio for her friends. The next day she got worse, I told her to go quietly, she sighed and left”her husband concluded through tears in his dialogue with Semana magazine.

The extermination continues: Social leader Mario Oscar Solarte was assassinated in Bajo Calima (Buenaventura)
President Gustavo Petro will be investigated by the Accusation Commission: Council of State sent the processes against him

In Ukraine, they announced “non-symbolic strikes” against Russia

everything is in a wild tension, and then nothing!