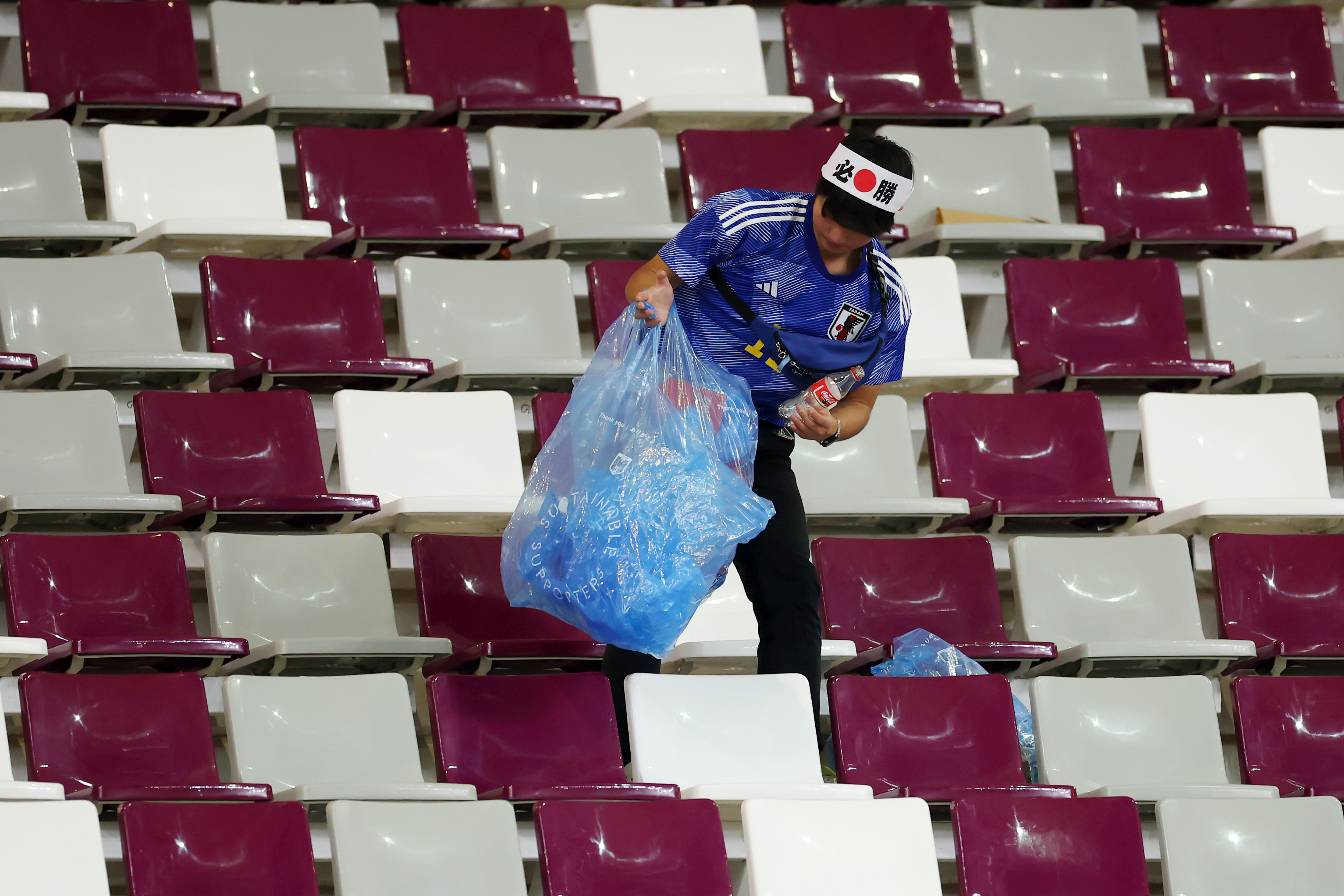 The fans took bags and collected all the waste from their sector of the stadium (Photo: Getty)

The World Cup Qatar 2022 lived his second big surprise in Group E with the agonizing victory of Japan for 2-1 over Germany with goals from Ritsu Doan Y Takuma Asano (Ilkay Gundogan had opened the penalty marker). From the first minute of the game, the Asian fans filled the stands of the stadium Khalifa International, they sang songs to encourage their compatriots who wrote a new golden page in their football and went viral on social media by a gesture once the match ended.

“Disgrace” and “Beginning of the debacle”: the harsh criticism of the German press after the historic defeat against Japan

For followers of Japanese culture, it is totally common to see people from that country clean the environments they go to before leaving. Once again the Japanese fans organized themselves before leaving the sports venue, they took consortium bags and slowly collected every piece of paper or waste that was left on the floor or between the seats that they occupied during the historic feat. The photographers captured the moment and in the networks they recalled that in the Russia 2018 edition the supporters had done exactly the same in each match of their team.

In Japan, the attitude of leaving a place as it was when they arrived is called souji and it is a very common practice in Japan. “Why clean up after yourself? That awareness and responsibility in Japan is strong, everyone respects it. Thinking of the other is natural and a priority, it is known that if one does not do things accordingly, it harms others ”, he explained during the episode of the last World Cup Delia Mitsuigeneral director of pedagogy of the Nichia Gakuin Japanese Argentine Private Institute. Cleaning an environment before retiring is a fundamental pillar in your day to day. 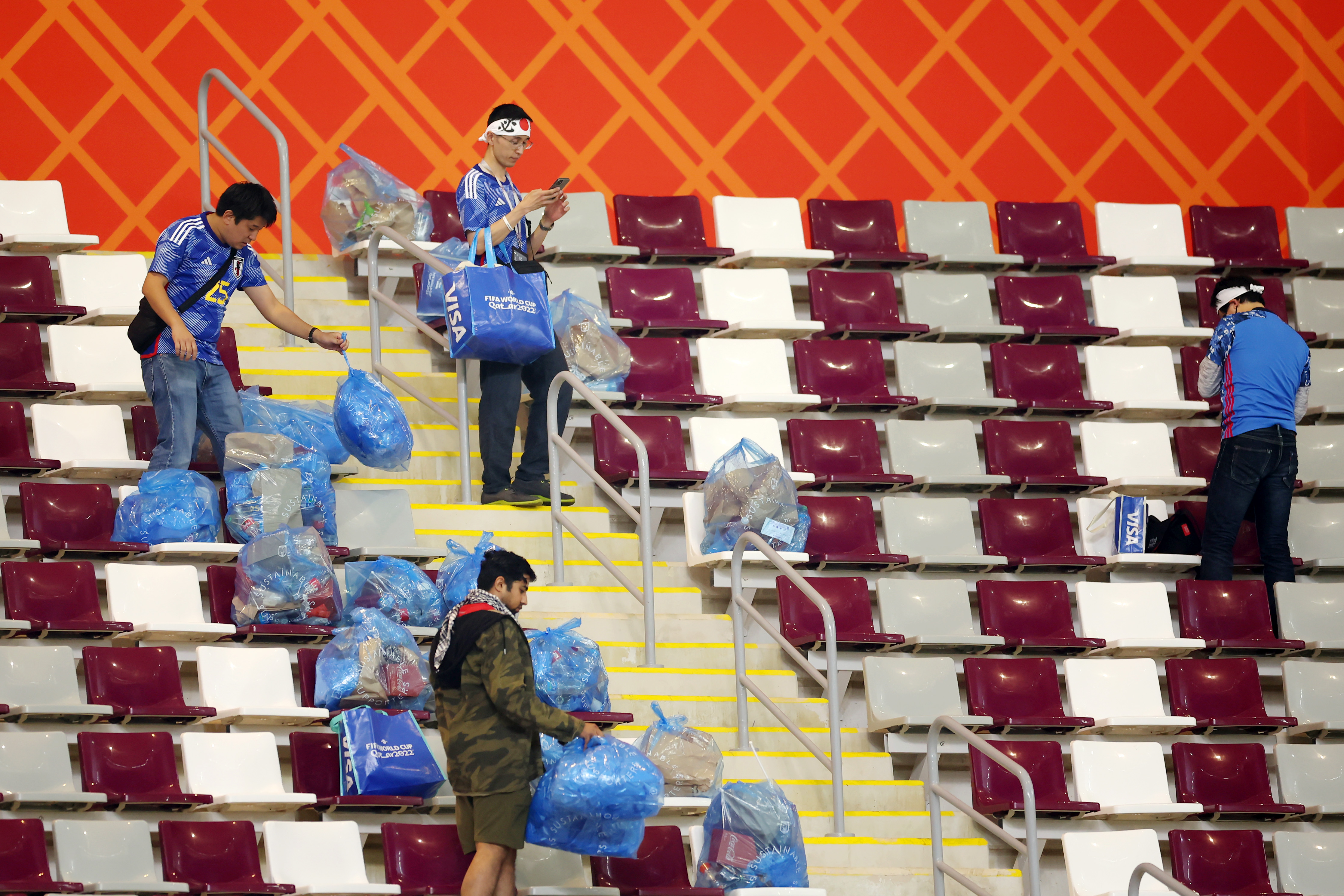 Action is part of the souji culture that is taught from kindergarten in Japan (Photo: Getty)

Tidy up what got dirty, be it in a stadium, a neighborhood, or a beach it is a daily practice. It’s part of their upbringing and a habit they pick up early, starting in kindergarten. “In Japan, community thinking is a strong concept. Everything is handled in groups. Taking care of your space, office or school is an essential part. An incorrect action –leaving papers lying around, as in this case– will cause you to harm others and that is something that is not acceptable”, added the professional.

The Samurai Blue will return to the field of play next Sunday, November 27 against Costa Rica with the dream of achieving another victory that will bring him closer to qualifying for the round of 16. On the other side of the road, Germany will have a difficult challenge against Spain with the need to add if he wants to stay alive for the third day of Group E.

Gundogan targeted his teammates for Germany’s defeat against Japan: “I felt that not everyone wanted to have the ball”

The Manchester City midfielder made harsh criticism after scoring the only goal of the fall at the 2022 World Cup in Qatar. “We made it too easy for him,” he declared about the comeback suffered

The orderly celebration in the streets of Japan after the historic victory against Germany in the Qatar 2022 World Cup
Germany denounced FIFA’s “extreme blackmail” to give up wearing the LGTB+ bracelet
The European teams gave up wearing the LGBT bracelet because FIFA threatened to sanction them during the match
Germany challenged FIFA at the Qatar 2022 World Cup: the players covered their mouths due to the threat of not being able to wear the LGTBQ+ bracelet

Lydia Fedoseeva-Shukshina sent to a nursing home away from Moscow