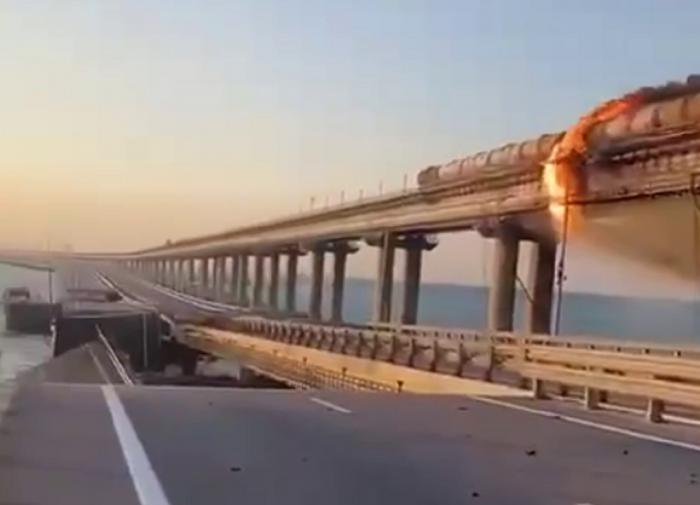 The Crimean bridge was closed to motorists, drivers are sent to specially organized sites, where food and heating points have already been deployed.

On the morning of October 8, there were reports of fire on the Crimean bridge. Representatives of local authorities and Crimean Railways explained that a fuel tank at the tail of a freight train caught fire.

Judging by the video that an eyewitness filmed at the crossing, the fire has already spread to several wagons with fuel and lubricants. Also in the video you can see part of the missing roadway on the automobile part of the bridge.

Advisor to the Head of the Republic of Crimea Oleg Kryuchkov assured that all emergency services are already working at the scene.

FIFA rejects Belgium’s alternative jerseys because of the word “Love”

Famous actor made a statement about voluntary mobilization to Donbass

In Korosten, the library was deprived of the name of the Soviet writer Ostrovsky