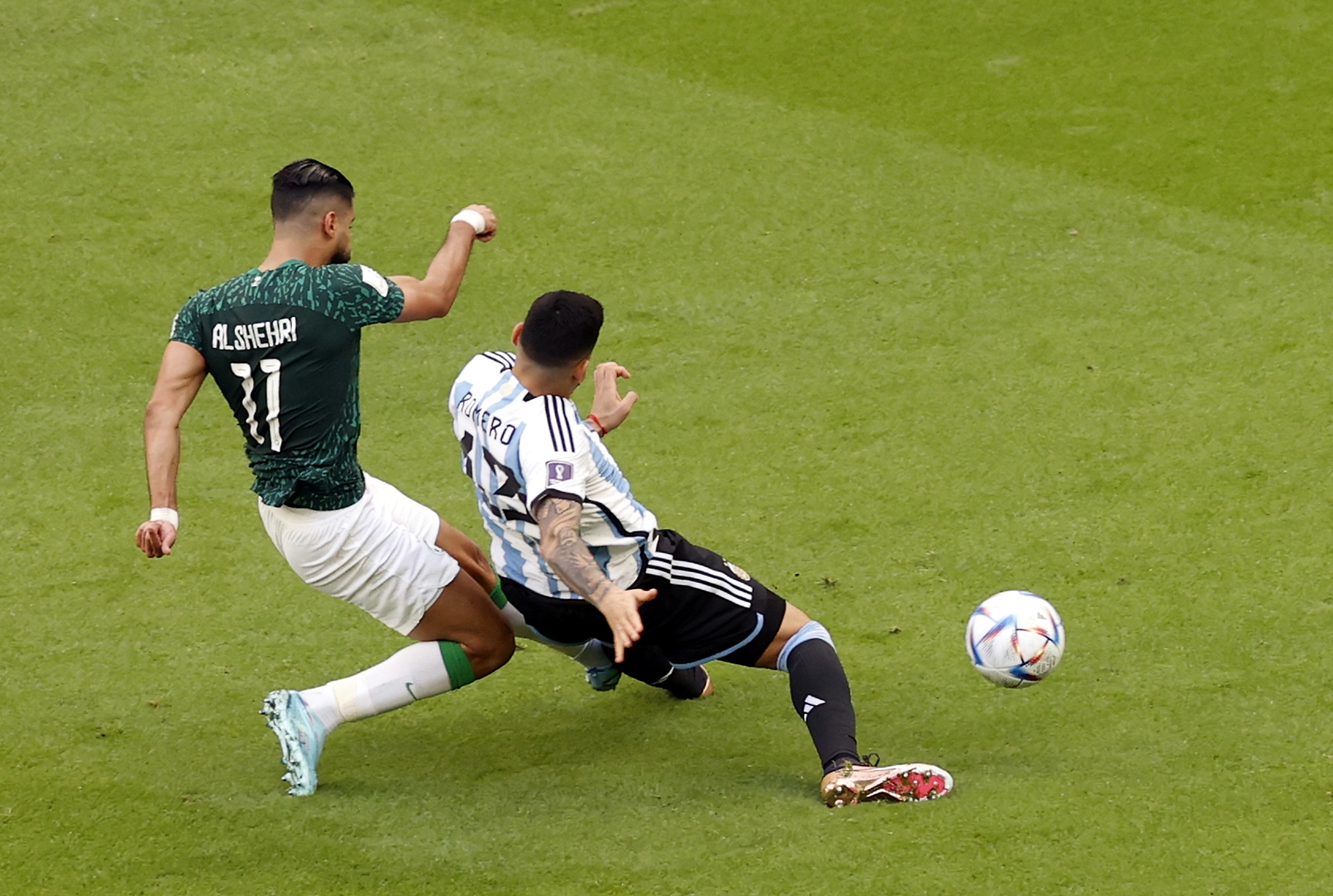 At the start of the second half of the meeting between Argentina and Saudi Arabia the Asian team achieved the tie after a recovery in midfield and also due to a bad closure by the defender Christian Romerowhich did not prevent the forward Saleh Al Shehri entered the area and defined to convert the goal.

The Slovenian Slavko Vincic was appointed to direct the first match of the Albiceleste. Tomaz Klancnik and Andraz Kovacic will be his assistants

It was 47 minutes into the match when Lionel Messi He lost the ball in the middle of the field before the mark of two rivals. The filtered pass arrived for Al-Shehri who hooked out and the crossing of Cuti Romero was expected, who always stood out for his speed to close. However, the former Belgrano de Córdoba defender gave him room to manoeuvre, and when the long ball was thrown at him, he was unable to prevent the Saudi player from entering the box and almost ended up falling before the botched attempt to avoid the shot.

The attacker finished off accurately and overcame the goalkeeper’s resistance Emiliano Martinez. That conversion was the first goal they scored against the Argentine team with their own Cuti Romero, Nicolás Otamendi and Dibu Martínez inside the field.

The secrets of Saudi Arabia, in the voice of its historic goalkeeper: from the Argentine coach who led the way to their most painful defeat

Mohammed Al-Deayea was present at four World Cups and was a figure in the United States in 1994, when the Asian cast reached the round of 16. “God willing, we are going to go to the second round and between Argentina and Poland they will fight for the other place”, exudes faith facing Group C of the World Cup

Argentina took the lead with the penalty from Lionel Messi Y Saudi Arabia In the first arrival at the goal that he had, he managed to capitalize on it. And in the first clear approximation of the Asians, equality arrived. 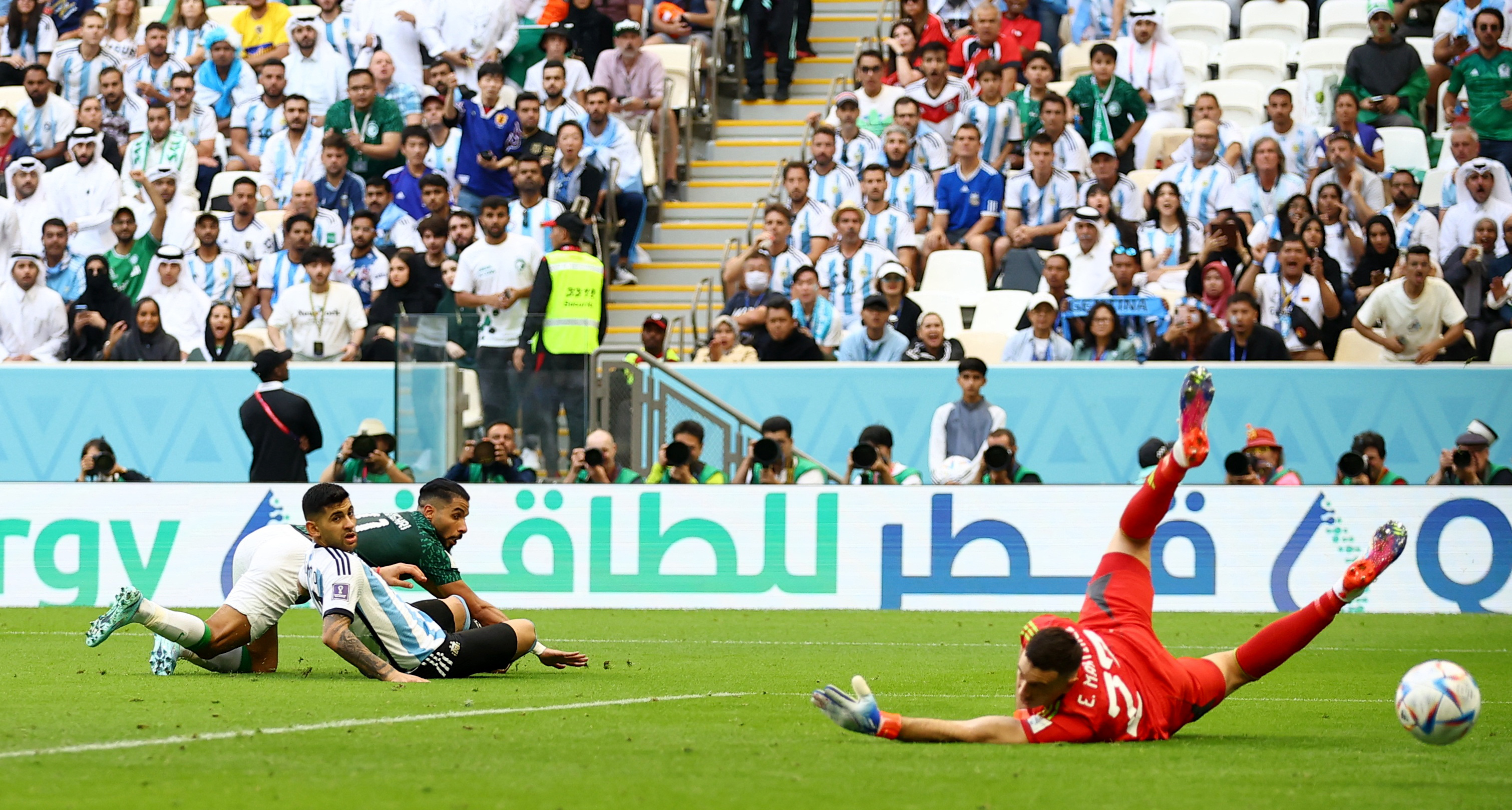 It should be remembered that the 24-year-old defender suffered a muscle strain at the beginning of the month, which forced him to miss Tottenham’s last two games – one for the Premier League and one for the Champions League. The one born in Córdoba Capital arrived with just enough to the World Cup premiere. Although in the previous some versions some versions questioned it, Romero remained on the final list.

If we take into account that it seemed that the highest point of the team had been in July 2021, when they won the Copa América, the selected team managed to remain as a candidate as at that time.

While 13 minutes into the plugin he was replaced by Lisandro Martinez. Romero won the starting position in 2021 and confirmed his condition in the Copa América in Brazil 2021. With Otamendi they took over the central defense and became pillars that helped the team achieve that title in the neighboring country.

It was a bucket of cold water for those led by lionel scaloni that they did not react to the Saudi goal whose team won in confidence and after five minutes Salem Al-Dawsari He put the Asians ahead with a great goal with a right hand that was unattackable by Dibu Martínez.

Then the albiceleste team tried to achieve equality and moved closer to the rival area. Although his individuals searched with centers and deep balls, he failed to convert. He also found a solid goalkeeper Mohammed Al Owais.

Argentina had not lost in a World Cup debut since Italy 1990, when they fell 1-0 to Cameroon at Milan. Now the albiceleste team must beat Mexico this Saturday in order to maintain their aspirations of advancing to the second round.