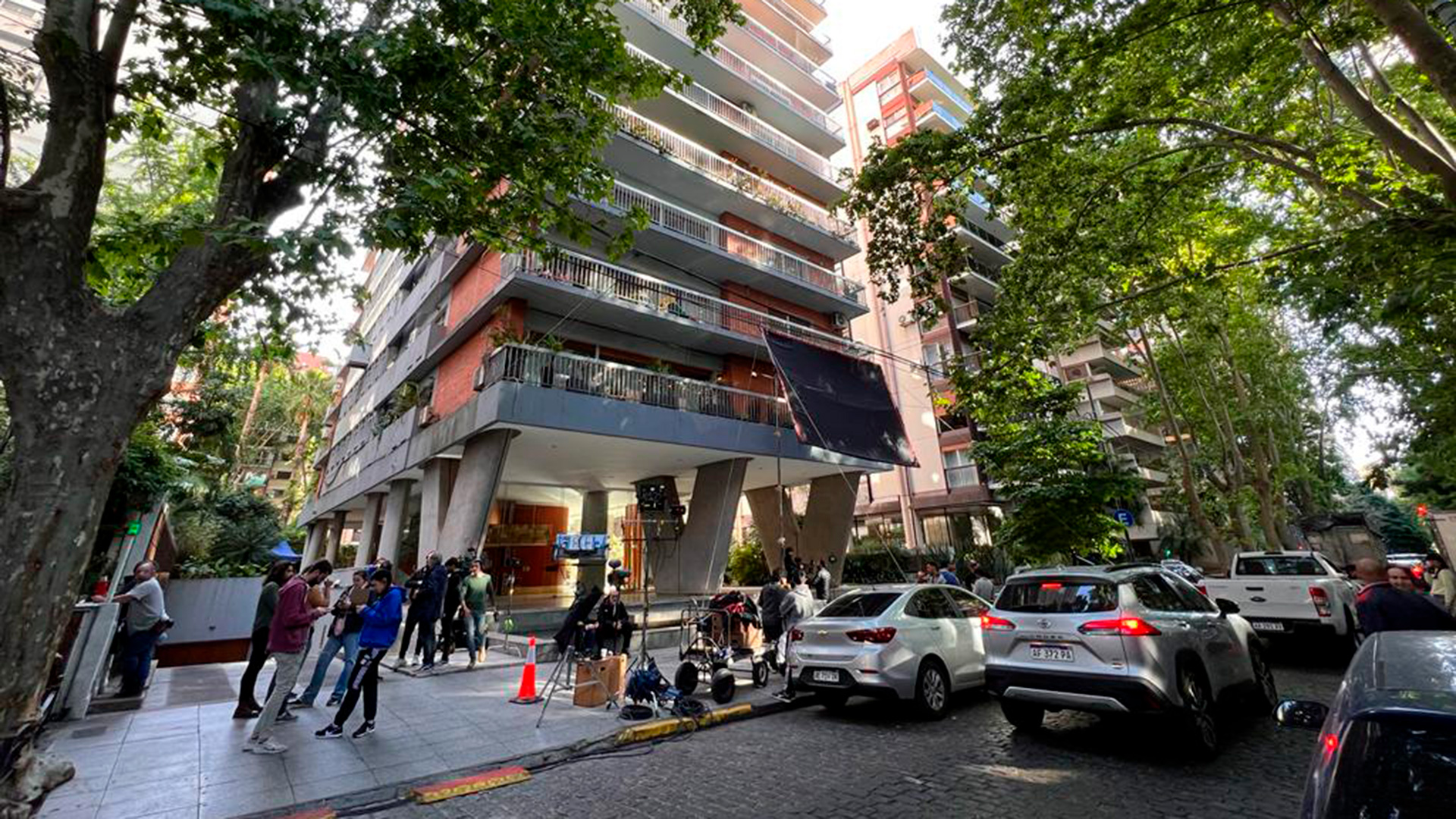 The building where El Encargado is recorded is in the neighborhood of Belgrano. The second season of the recently released series is currently being recorded (Photo Courtesy: Martín Pinus Real Estate)

In a very cute building that has a very original entrance area, with concrete columns in “V”, and that was carefully chosen by the directors of the series The one in chargewhose main actor is william frankellawas again the center of the scene these days because the second season of the television series was recorded there, which recently premiered on Channel 13 and can be seen in full on Star+.

An architectural jewel is for sale in the first porteño building with amenities: why it is historical heritage and how much it is worthIt is a house located in Los Eucaliptus, also known as Casa del Árbol; there was a restaurant where Borges and Cortázar used to go, among other writers. The mother-in-law of the journalist Italo Calvino lived in the building and visited her several times in Buenos Aires.

Both the first season and the one currently being recorded were made in a building over 35 years old located on Calle Arribeños al 1600. The series was created by the duo Mariano Cohn Y Gaston Duprat.

Franchella stars in the role of Eliseo, the manager of a building who, behind the back of the consortium that employs him, makes use and abuse of his power of surveillance and interference. Other protagonists also passed through the building such as Gabriel Goity (Matias Zambrano), Dario Barassi (Gabriel), Moro Anghileri (Paola) and Gaston Cocchiarale (Miguel).

In what Buenos Aires neighborhoods can you get a 3-room apartment for less than USD 1,600 per m2Different areas of the City of Buenos Aires capture the interest of the demand that is committed to buying homes for a typical family with one or two children. Where to find units in buildings without amenities that start at $85,000

The selected building has 10 floors and has units of 3 and 5 main rooms of more than 150 square meters with large continuous balconies. Currently there are no signs for sale there, something rare at a time when the oversupply of apartments in Buenos Aires is 160,000 properties.

“The building selected to make El Encargado has 10 floors and there are units of 3 and 5 rooms of more than 150 square meters. There are currently no signs for sale”

The value per square meter of the area ranges from USD 3,000 and 4,000, being one of the most valued in Buenos Aires and close to Barrancas de Belgrano square. Symbolic constructions coexist there with others that are currently underway, even on the same block where the second season of The one in charge. 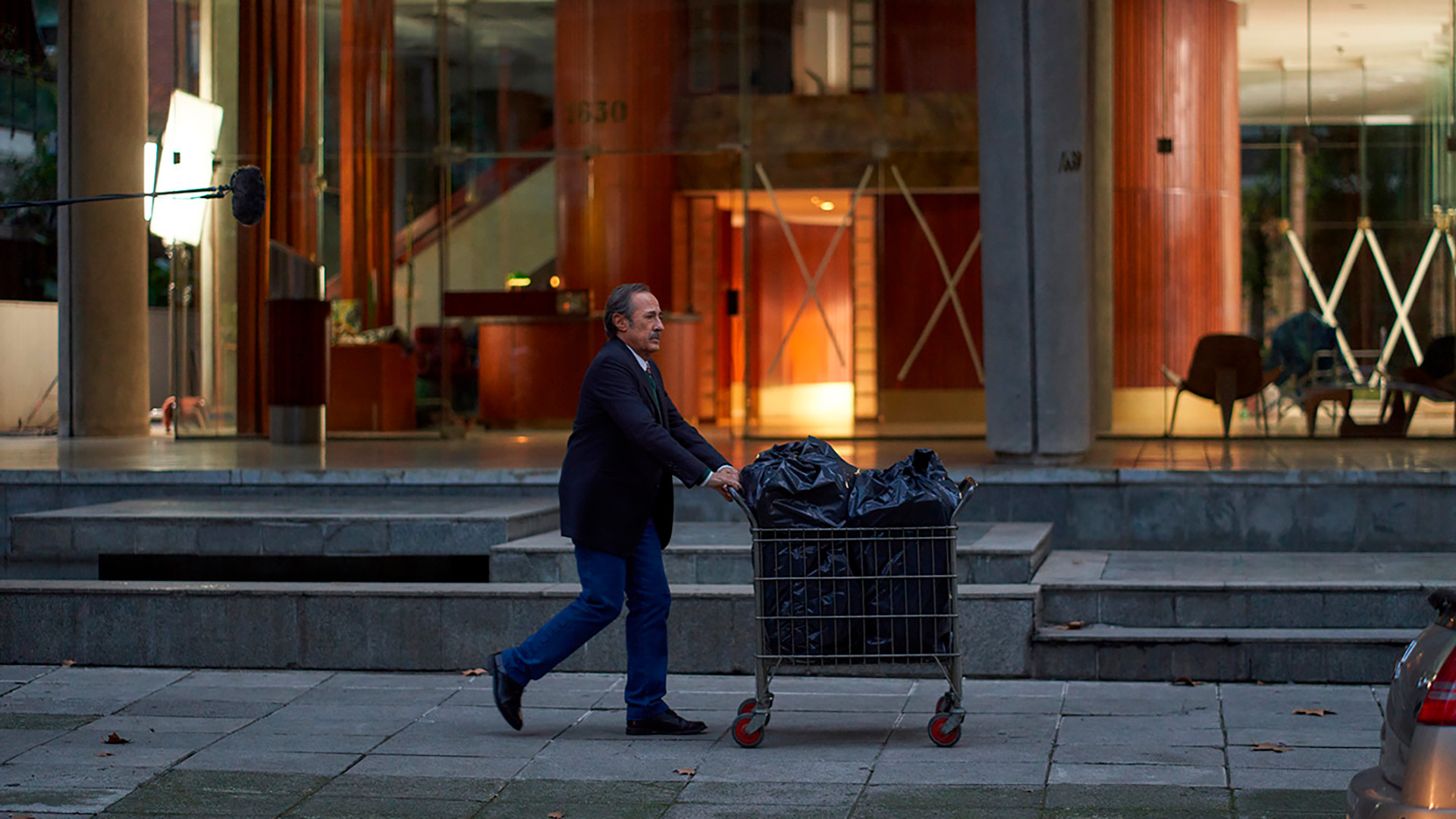 “It is characterized by being a purely residential area with wide, quiet streets, some still cobbled where tall towers rise that belong to the high-end market. For those seeking tranquility, it is the most sought-after area of ​​Belgrano”, he pointed out to Infobae Martin Pinusa specialist in the premium segment. 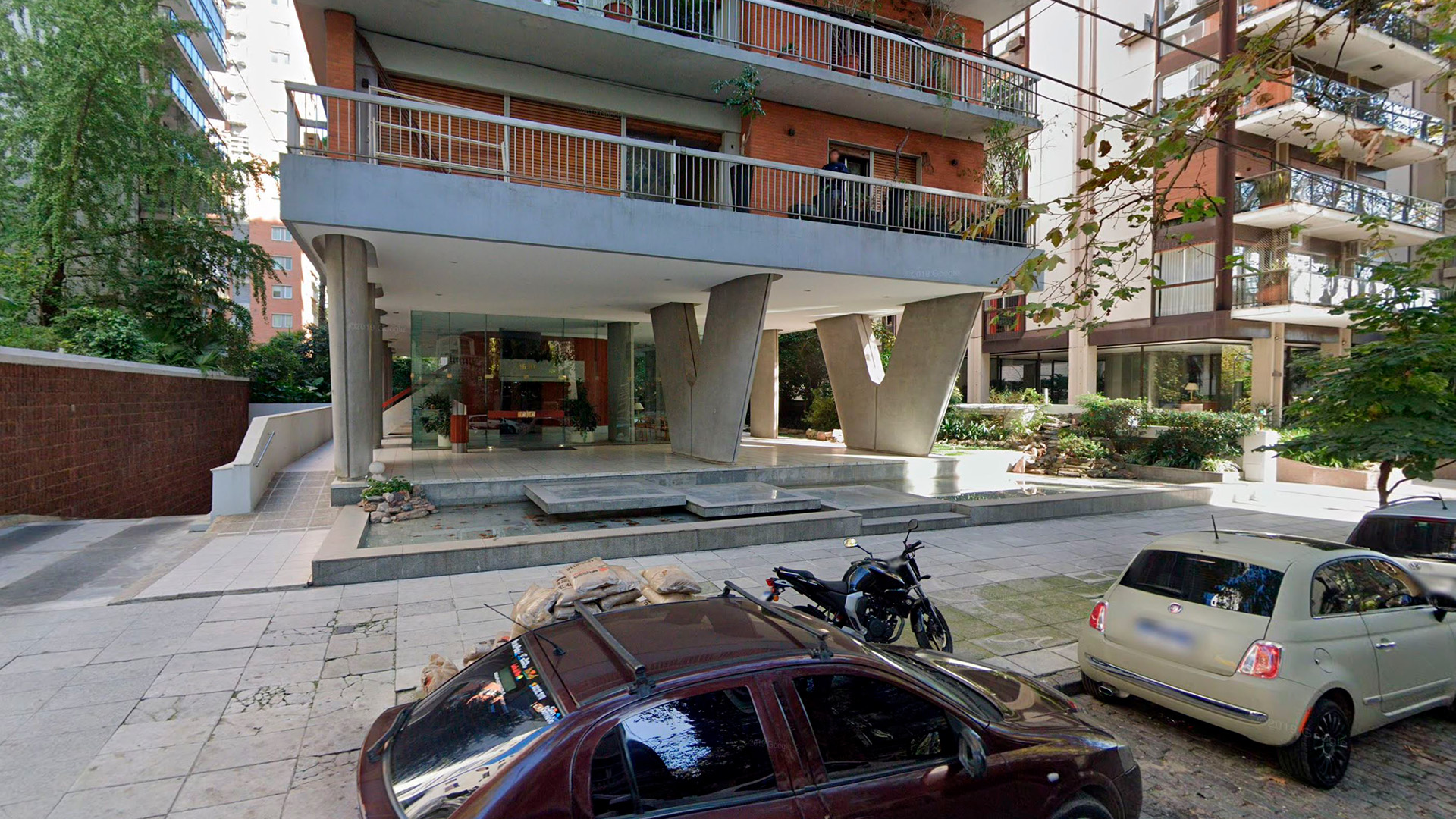 There are also some old houses with generous footage that have an appraisal that exceeds $450,000and several even have a swimming pool.

The 2023 Budget extended money laundering for construction to the purchase of used real estateThe money to declare may be used for the family home of the launderer or for rent for a minimum period of 10 years. Specialists maintain that this tool will boost the real estate market

The famous building and surroundings

In the building whose entrance area and other common areas became famous, there was an apartment for sale until recently, but it is no longer published on the portals. More than 8 months ago it was offered by $750,000with 5 main rooms and two garages. 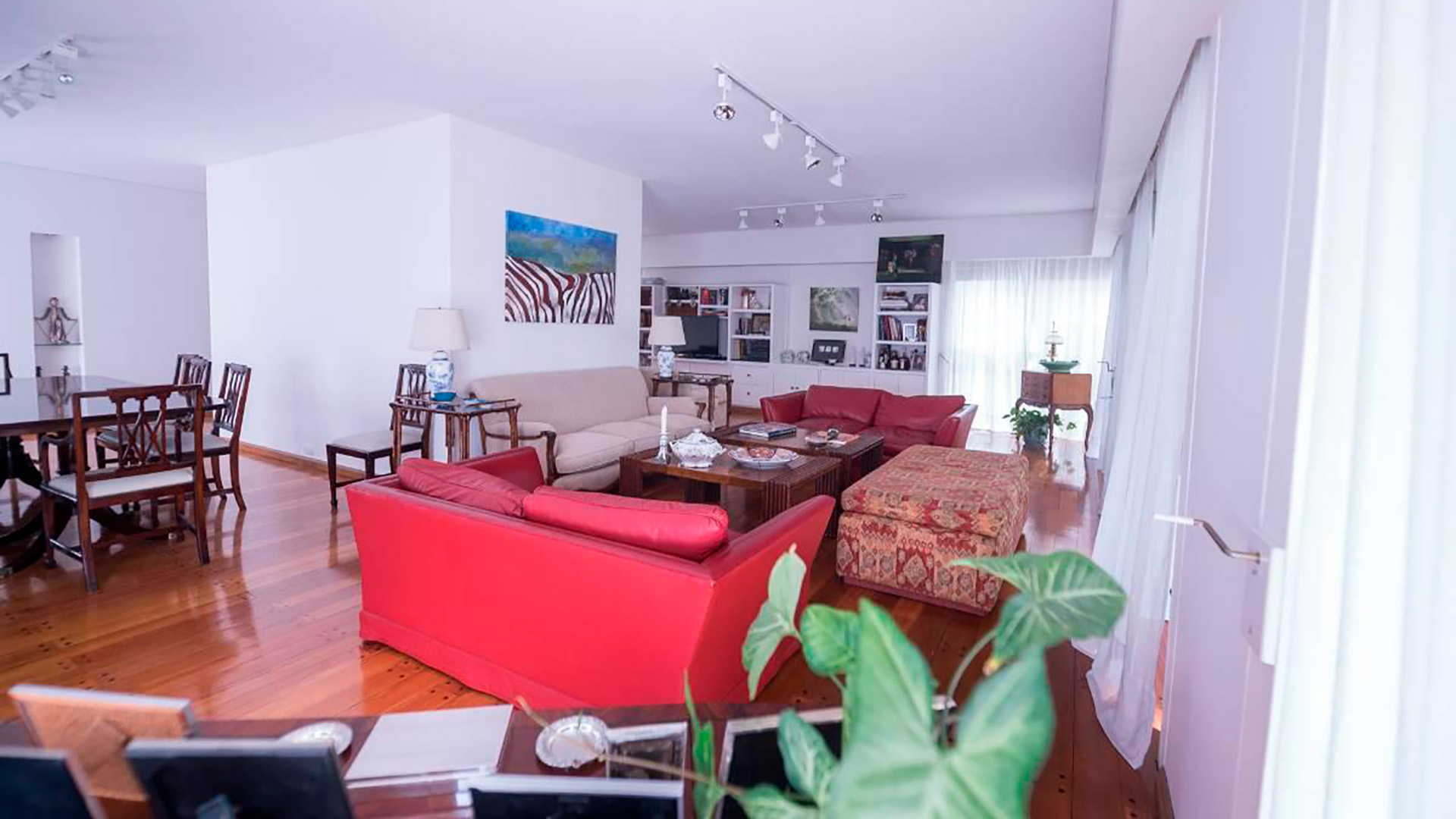 Living room of an apartment that until a few months ago was offered for sale in the building where El Encargado was filmed (Photo: Zonaprop)

An owner who lives in the building and who for security reasons did not want to reveal her identity, commented gracefully to Infobae that “we are doing a remodeling in our house and these days they started shooting the series again. There is a lot of camera deployment, people working on the sidewalk, and recently when I entered the building I saw that Franchella was talking to a man, and I asked him for the manager. I was tempted. They had to cut the scene because I wanted to get out of the building and I couldn’t.”

The filming hours are long, between mid-morning and night, and some residents complained, but they still carry on with their normal lives and the series is recorded without problems. 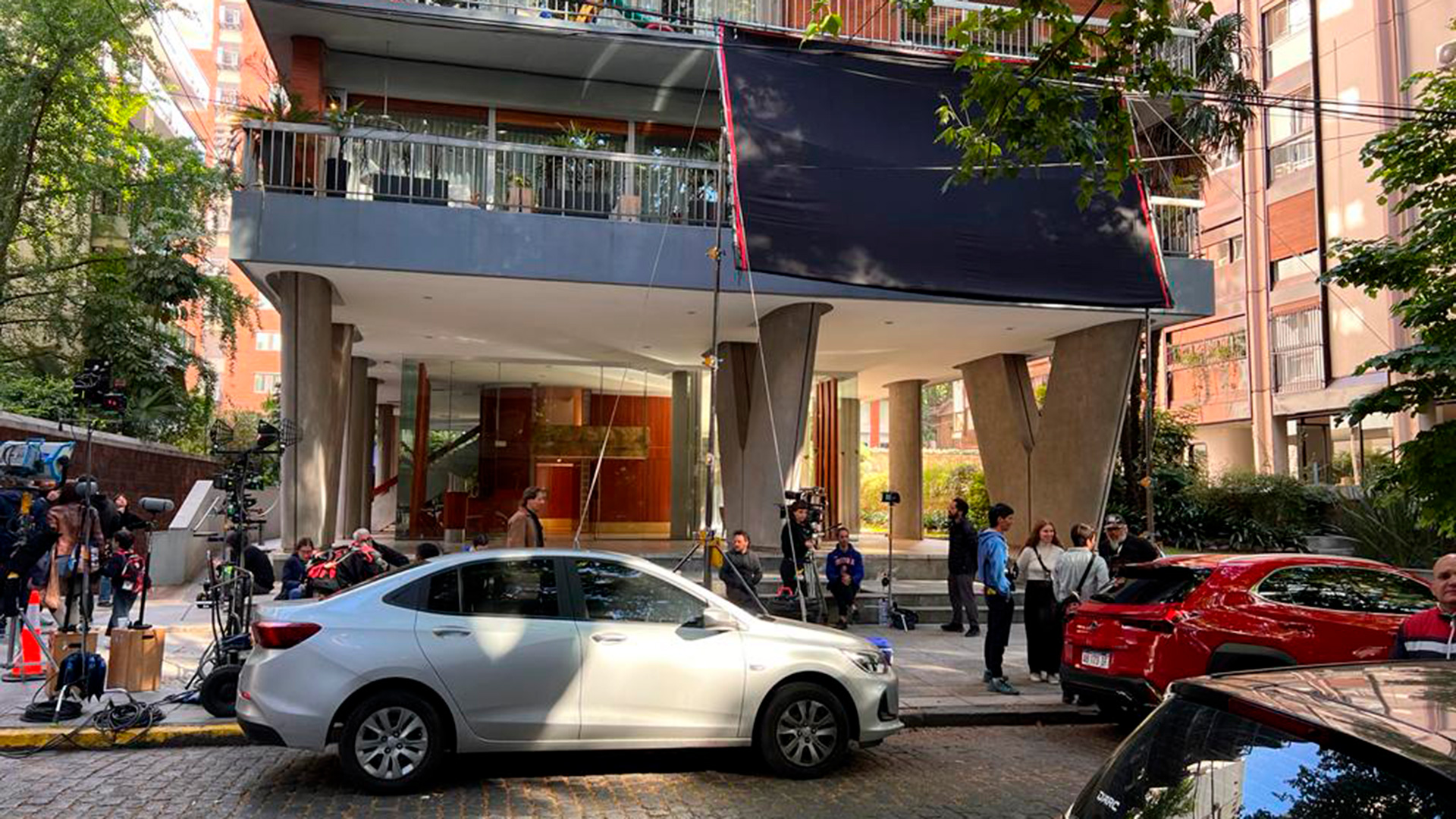 Although there is a great display of people and film crews, the owners who live there continue with their normal lives.

On the other hand, in front there is a building that is the Belvedere Tower, a classic of the area with 22 years of life that was made by the Aisenson Studio, of an intelligent nature because the openings can be controlled remotely or by telephone, lights on or off, as well as the operation of the home’s heating equipment. 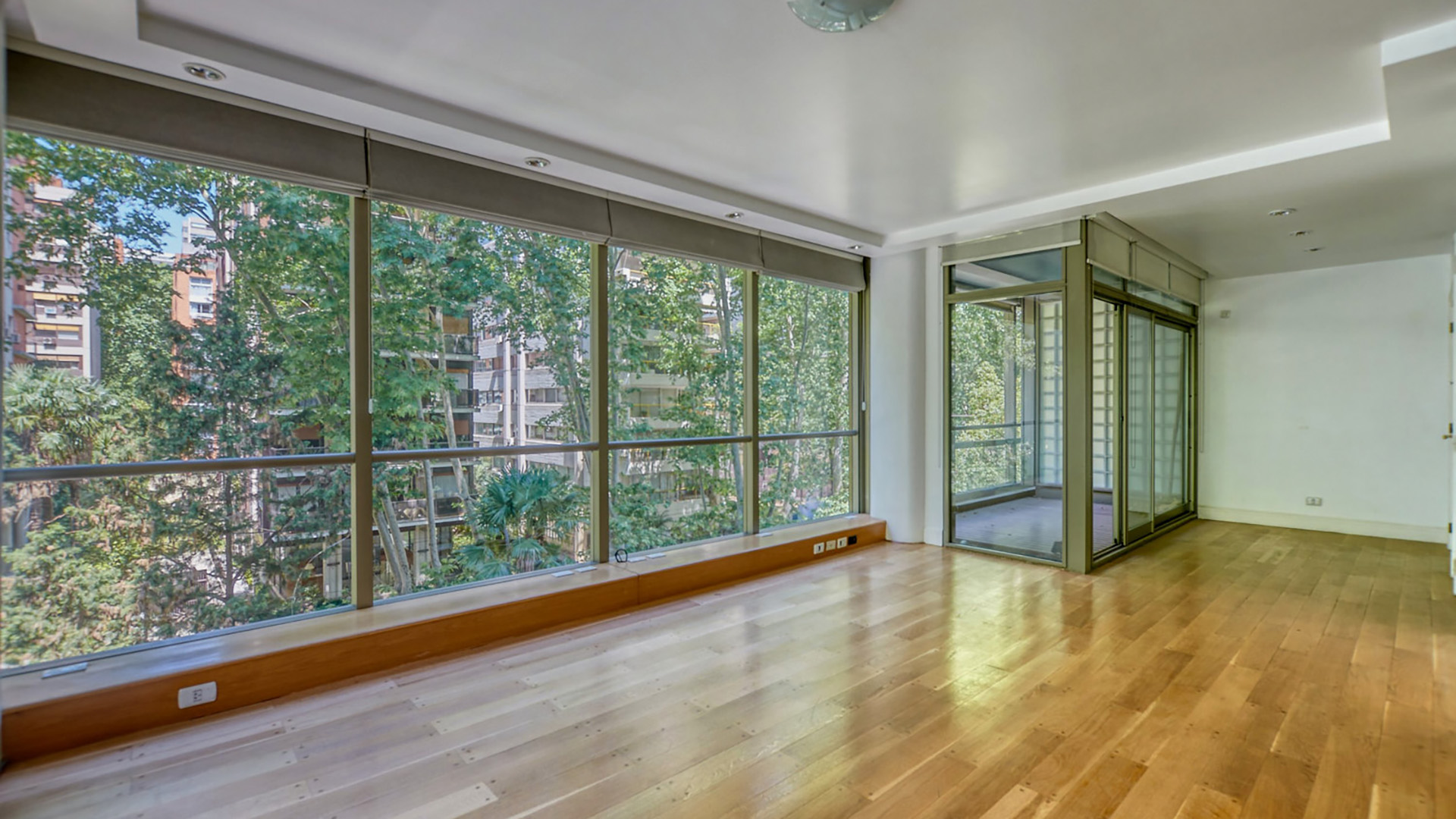 View of the living room of the apartment that is sold in the Belvedere Tower that is in front of the “El Encargado” building (Photo Courtesy: Martín Pinus Real Estate)

There are several apartments for sale there. “It is a category building, made of brick and large concrete columns, with a glazed entrance hall and beautiful exterior spaces with vegetation. For example, there is a semi-floor with 4 main rooms and two garages that is empty and leaves $680,000 and among the amenities it has a heated swimming pool with sliding cover, solarium, gym, among others”, added Pinus. 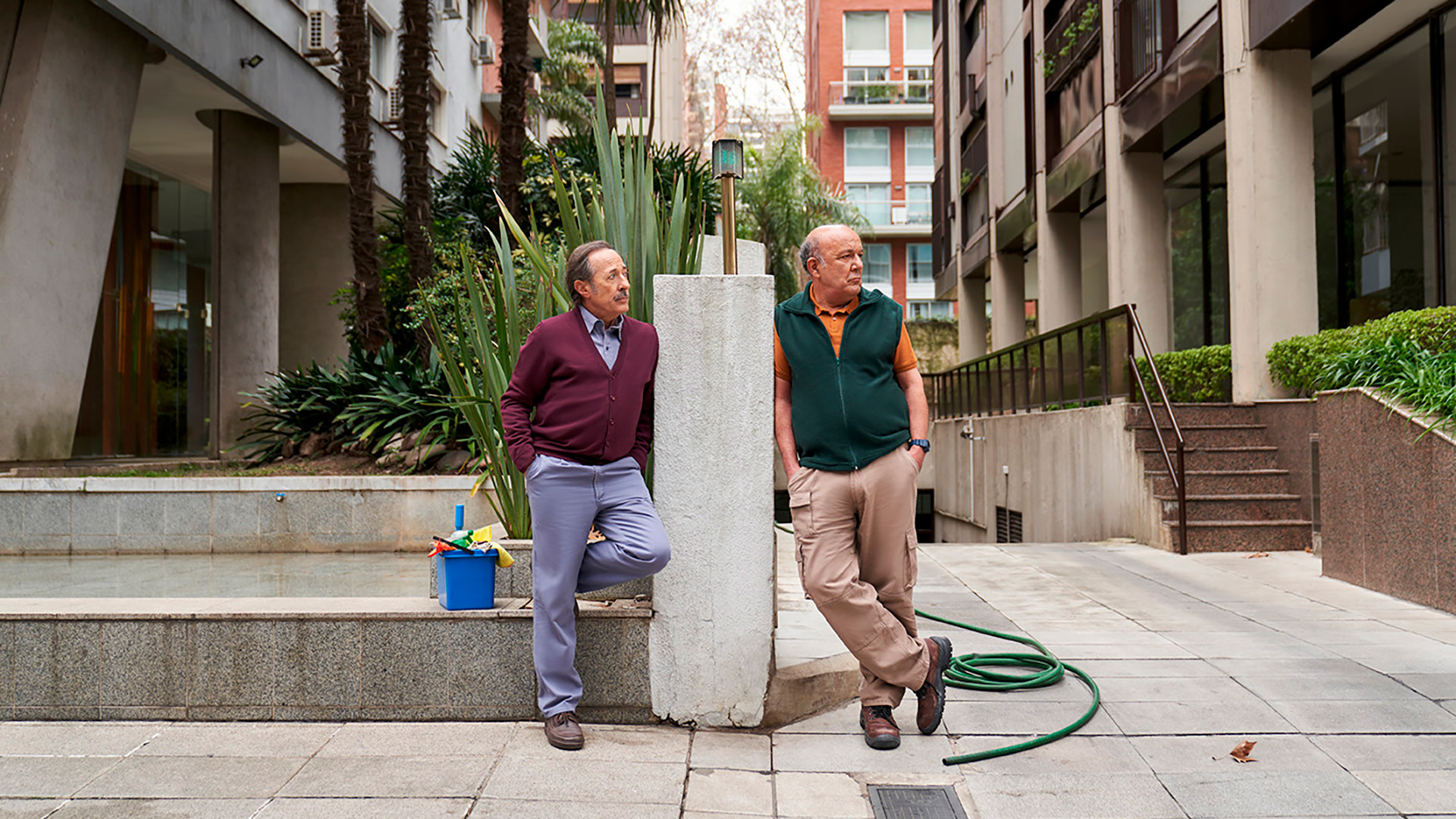 Franchella and Manuel Vicente (plays Gómez) leaning between the columns of two neighboring buildings on the block from Arribeños al 1600 (Photo Courtesy: Star+)

Imports with their own dollars: companies will not be able to buy foreign currency to make payments and only specific goods would be covered
The two reasons that hit the reserves and why the market will be attentive to the payment of USD 500 million cash from a corporate bond
The Government advances with price controls and will promote the investigation of companies for anticompetitive practices

What are the benefits of the cempasuchil flower, according to experts