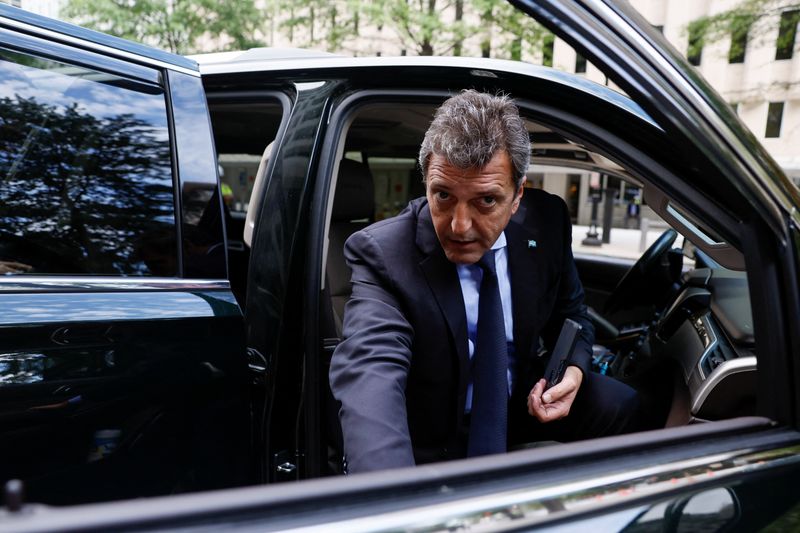 The Minister of Economy of Argentina, Sergio Massa, leaves after attending a meeting with the President and Managing Director of the International Monetary Fund (IMF), Kristalina Georgieva, at the IMF headquarters in Washington, United States. September 12, 2022. REUTERS/Evelyn Hockstein

The Minister of Economy, Serge Massa, is very confident that next Friday the board of the International Monetary Fund (IMF) will approve not only the goals for the second quarterwhich were already validated by the organization’s staff, but also the guideline for the third quarter of international reserves so that between now and the end of the year some USD 10,000 million reach the country.

“The board of directors is going to approve the reserve goals for September along with all the goals for June,” he told Infobae an unbeatable source of the Palacio de Hacienda.

Infobae confirmed in Washington that this Friday the Board will discuss the second review and the goals for the end of September as far as complete information is available, as the review will take place in early October.

In the second quarter, USD 296 million were missing to meet the reserve goal, but in the third trimester USD 1,052 million left over by the soybean dollar scheme, which raised USD 8,123 million.

With this compensation, the minister understands that the board of directors will approve this Friday the “reserve goals for September along with all those for the second quarter,” which have already been validated by the agency’s staff. The other two goals, fiscal deficit and monetary policy, would only be approved in November, but this would not prevent the USD 3.9 billion that will arrive next week for the second quarter goals from adding the USD 5.7 billion expected from now to the end. of the year by the guidelines of the third quarter.

“Some 4,000 million dollars were already insured for the fulfillment of the goals for the second quarter; in December, as long as the board approves the rest of the third review, some 5.8 billion dollars will enter,” said the source on the fifth floor of the Palacio de Hacienda. 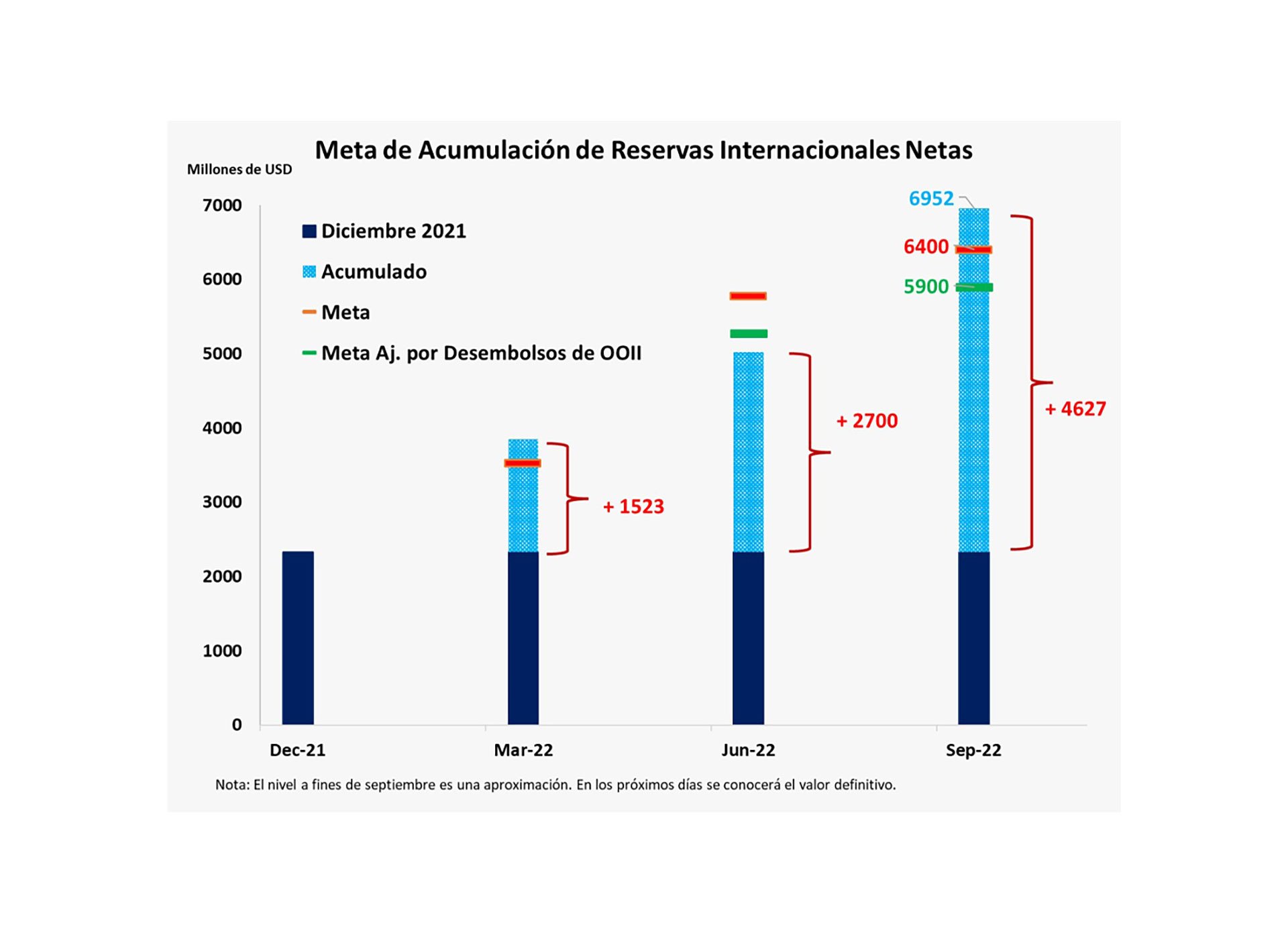 The goals of the IMF

If the official prediction were fulfilled, it would be another demonstration of heterodoxy in the forms on the part of the organization that Georgieva leads and that is accustomed to strictly respecting bureaucratic times. “It’s something they’ve never done until now,” they were proud of, very close to Massa, waiting for the dollars that the government needs so much.

“The USD 4,000 million are already insured, but with the approval of the reserve goal for September, now we are assured of disbursements until the end of the year”, concluded the unobjectionable official source in Buenos Aires.

Sources familiar with the agreement considered that the board could base itself on the fact that the third quarter goal has already been met and that this was a corrective action; He clarified that the formality is difficult to imagine but that the issue can be “accommodated, especially since they already have the data.” In fact, the staff has already communicated that, despite the fact that the reserve goal was not met -according to the Government, due to the IDB’s delay in sending a loan- it also approved the second review of the agreement signed at the end of March this year.

It should be remembered that the IMF announced that the staff had approved the goals for the second quarter after Minister Sergio Massa’s trip to Washington to meet with Georgieva, after 10 days of tough technical negotiations between his team and the staff that leads Ilan Goldfjan.

On September 19, the Fund reported that “the staff of the IMF and the Argentine authorities reach an agreement at staff level on the second review under the Fund’s Extended Service Agreement”.

“IMF staff and Argentine authorities have reached a staff-level agreement on the second review under Argentina’s 30-month SAF agreement. The deal is subject to approval by the IMF’s Executive Board, which is expected to meet in the coming weeks. Once the review is complete, Argentina would have access to around US$3.9 billion (SDR 3 billion). Recent decisive policy measures aimed at correcting previous setbacks are helping to restore confidence and strengthen macroeconomic stability, including by rebuilding international reserves,” the report said. 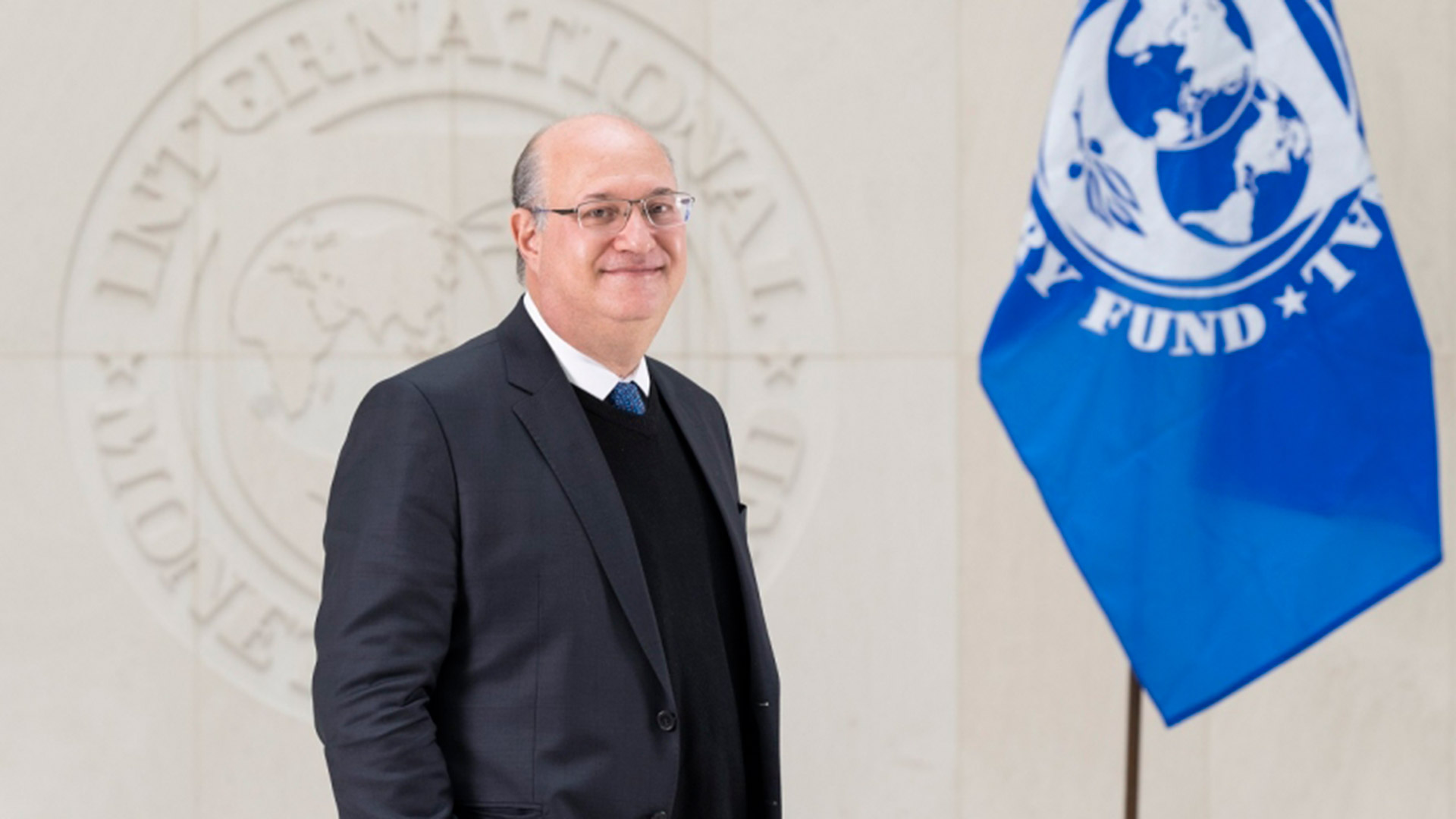 “The IMF staff and the Argentine authorities agreed that the goals established in the approval of the agreement will remain unchanged until 2023. Determined implementation of policies remains essential to consolidate macroeconomic stability and begin to address the entrenched challenges of Argentina, in particularly high and persistent inflation,” he specified.

The head of the Argentine case, Luis Cubeddu, expressed that “the review focused on assessing progress since the completion of the first review, updating the macroeconomic framework and reaching agreements on a package of solid policies to continue strengthening macroeconomic stability and ensure sustained and inclusive growth. In this context, it was agreed that the key objectives established at the time of the approval of the agreement, including those related to the primary fiscal deficit and net international reserves, will remain unchanged until 2023. This approach provides a vital anchor to continue rebuilding credibility. and sustain the renewed commitment to implement the program, around the pillars of the authorities referred to the fiscal order and the accumulation of reserves”.

“Most of the objectives of the quantitative program until the end of June 2022 were met, with the exception of the floor of net international reserves, mainly due to higher-than-scheduled import volume growth and delays in external official support. Subsequently, a period of volatility in the foreign exchange and bond markets was stopped after decisive measures that corrected previous setbacks and rebuilt credibility,” the agency said, while Georgieva met with the president. Alberto Fernandez in New York to complete the formalities.

Sergio Massa presented the “techno dollar” and predicted that the Knowledge Economy will export USD 10,000 million in 2023
Exports through the soybean dollar triggered 118% tax collection in September
“Techno dollar”: who will benefit and how the new scheme will work
Silvina Batakis at the Apple Store in New York: what the former minister said about her presence in the emblematic store
Two companies that imported tires with judicial support gave up this route after the wild union conflict

The enemy took Izyum and Krasny Liman, but will not capture Kherson – Rozhin

The MP called for the release of teachers from partial mobilization