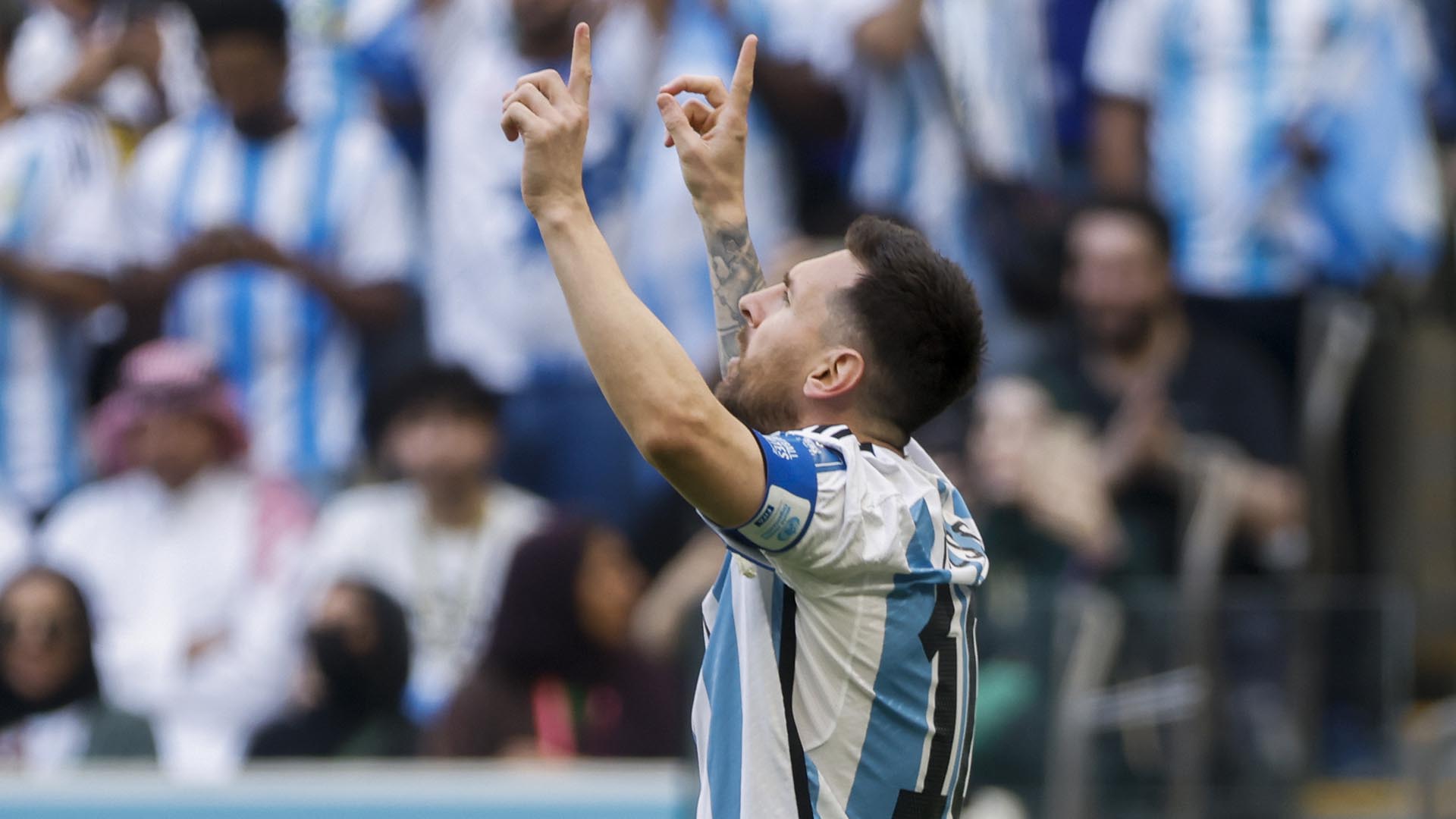 As soon as the clock struck 7:00 Argentina debuted in the world Qatar 2022 against Saudi Arabia. The transmission was in charge of Public TV and TyC Sports. And from very early the country woke up to encourage the Selection and celebrities, who commented minute by minute on their social networks, were no exception.

Rocked by bad news and a staggering sense of pessimism, the South American nation is clinging to its best player to regain hope.

Very early, Ricardo Montaner He was happy in the preview of the game with his grandson Apolloson of Mau and Sara, who wore the light blue and white shirt. Mirko and Marley On the other hand, in a new edition of his cycle around the world, they saw him live and direct and the boy who just turned five took photos in the vicinity of the field, the same as Marcelo Tinelli who went to Qatar with his son Lolo, his cousin El Tirri, the producers Chato Prada and Federico Hoppe and friends.

At nine minutes, Lio messi marked the first goal after taking a penalty. One of the first to celebrate through their social networks was luli salazar, a River fan always comments on her team’s matches on Twitter as well. Marley celebrated with Mirko from the pitch, along with Catherine Fulop, who, although she is Venezuelan, supported the country that opened its arms to her almost three decades ago.

Georgina Barbarossa had also shown videos celebrating the goal, while she was in the pre-production room preparing for her show today.

At minute 22, the referee considered Messi’s goal annulled after a pass from Papu Gomez to Messi, since he considered that it was an advanced position. For this reason, in addition to #CadaDíaTeQuieroMás, VAR was one of the hashtags of the day. Lali Espósito was one of the first to protest with “technology”.

Believe or bust in this VERGAAAAAAAAAAAAA technology huh

Mirtha Legrand arrived at the Qatar 2022 World Cup: the particular flag of an Argentine fan

Argentina vs Saudi Arabia, live: with Messi’s penalty goal, Scaloni’s team beat him in his debut at the Qatar 2022 World Cup
Celebrities go to Qatar: Marley’s curious request to Catherine Fulop and the number one fan of the National Team

Smolny is unable to establish a procedure for partial mobilization