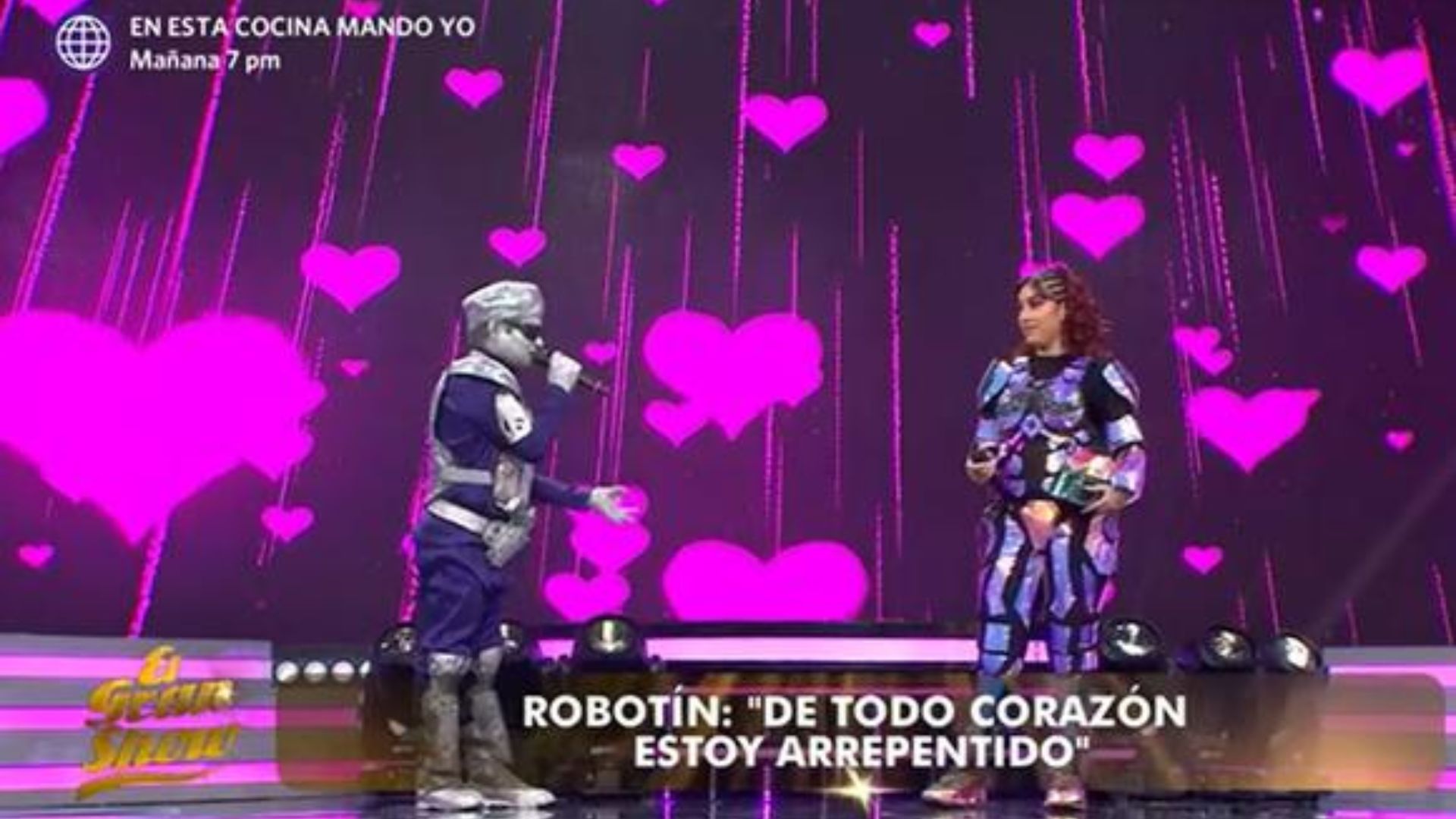 The last Saturday, October 08, in the program ‘The big show‘, Alan Castillo, artistically known as ‘robot’ took advantage of the presence of his ex-lover Karelys Molina, ‘robotine‘, to apologize publicly after some videos came to light that would prove that he had been unfaithful to a young woman calling herself “the Peruvian Robotina”.

Karelys came to Gisela Valcárcel’s program as a reinforcement of ‘robot‘ at the second gala of ‘El Gran Show’. During her presentation, she pointed out that although she is separated from the artist, they continue to fulfill contracts for what they continue to see, and this was one of the reasons why she decided to appear on the reality show.

For his part, Alan thanked him for coming to support him to get out of sentence and said that although that does not mean that they will resume their relationship, he wants both to continue being friends, helping each other.

“I want to thank you from the bottom of my heart Karelys. I know that all this has been made public and publicly I want to ask you, taking advantage of the fact that you are here, I know that it is not easy for you to stand still, gthank you for supporting me at this time and sincerely with my heart in my hand I admit that I did wrong”, expressed the popular ‘Robotín’.

The artist took advantage of the moment to apologize to his ex-partner. At one point, he was even on the verge of tears. 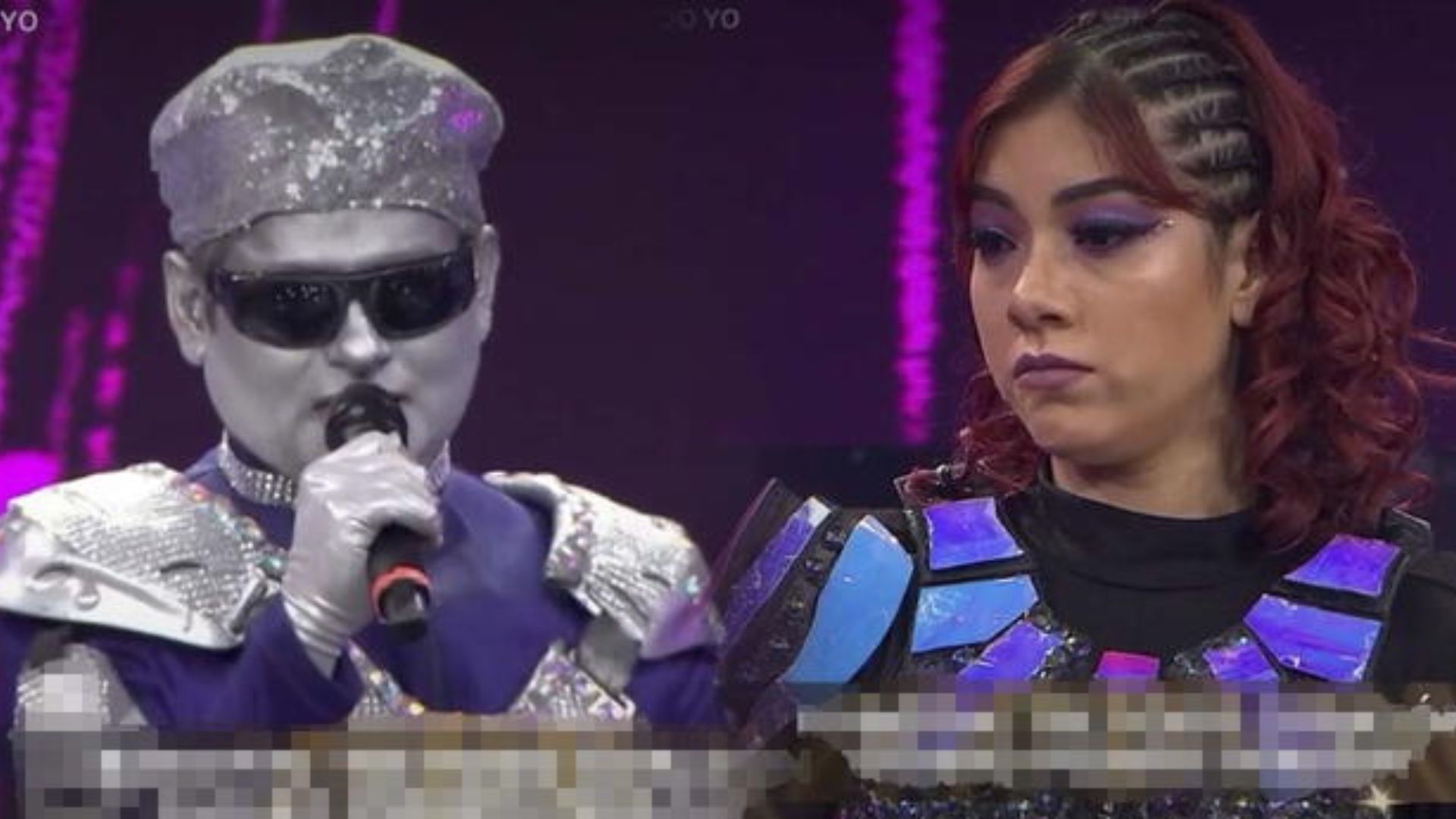 Alan Castillo cried when he apologized to Karelys Molina.

“I want to apologize to you, to all the women in your homes. I have daughters, gentlemen, and I would not like them to treat them as I treated you. With all my heart I apologize, this does not mean that I want to return with you or that you will return with me, ”she added.

According to the comedian, he just wanted to “play” a joke on ‘robotine’ doing the same thing with another girl in a sauna, for which he stated that he is “again sorry” and that if he went back to the past he would not do it.

For its part, Karelys Molina thanked Alan for apologizing publicly and said that he accepted them. However, she remarked that she is “disappointed” and “very hurt”.

“I appreciate your apologies and obviously yes, I accept them. I’ve already talked to you before, you’ve told me everything you had to say and now you’ve said it publicly, thanks for doing it. I think he did deserve it,” she noted.

“We continue working together, despite everything I have affection for him because we have lived together a lot. Love doesn’t go away overnight. I’m disappointed, very hurt and I can’t act like it’s nothing. Of course I love him and he did that to me, ”added the Venezuelan.

It is worth mentioning that, at one point, ‘Robotín’ asked the young artist for a hug. However, she did not accept it.

Despite the emotional moment that the former artist couple starred in and the dance that they prepared together so that Alan Castillo would not be eliminated, the jury decided not to save them. ‘Robotín’ became the first eliminated in El Gran Show, not being saved from the sentence, while Dalia Durán managed to stay in the competition.

“Thank you very much for all the support, really thank you”, said alan castle in his farewell message, before leaving the set of Gisela Valcárcel.

A suspension bridge collapsed in India when hundreds of people crossed it: at least 40 dead

Pskov paratroopers do not intend to give up Davydov Brod

“They are not a diaspora”: What Tokayev said about Russians in Kazakhstan and the “Crimean scenario” in his country