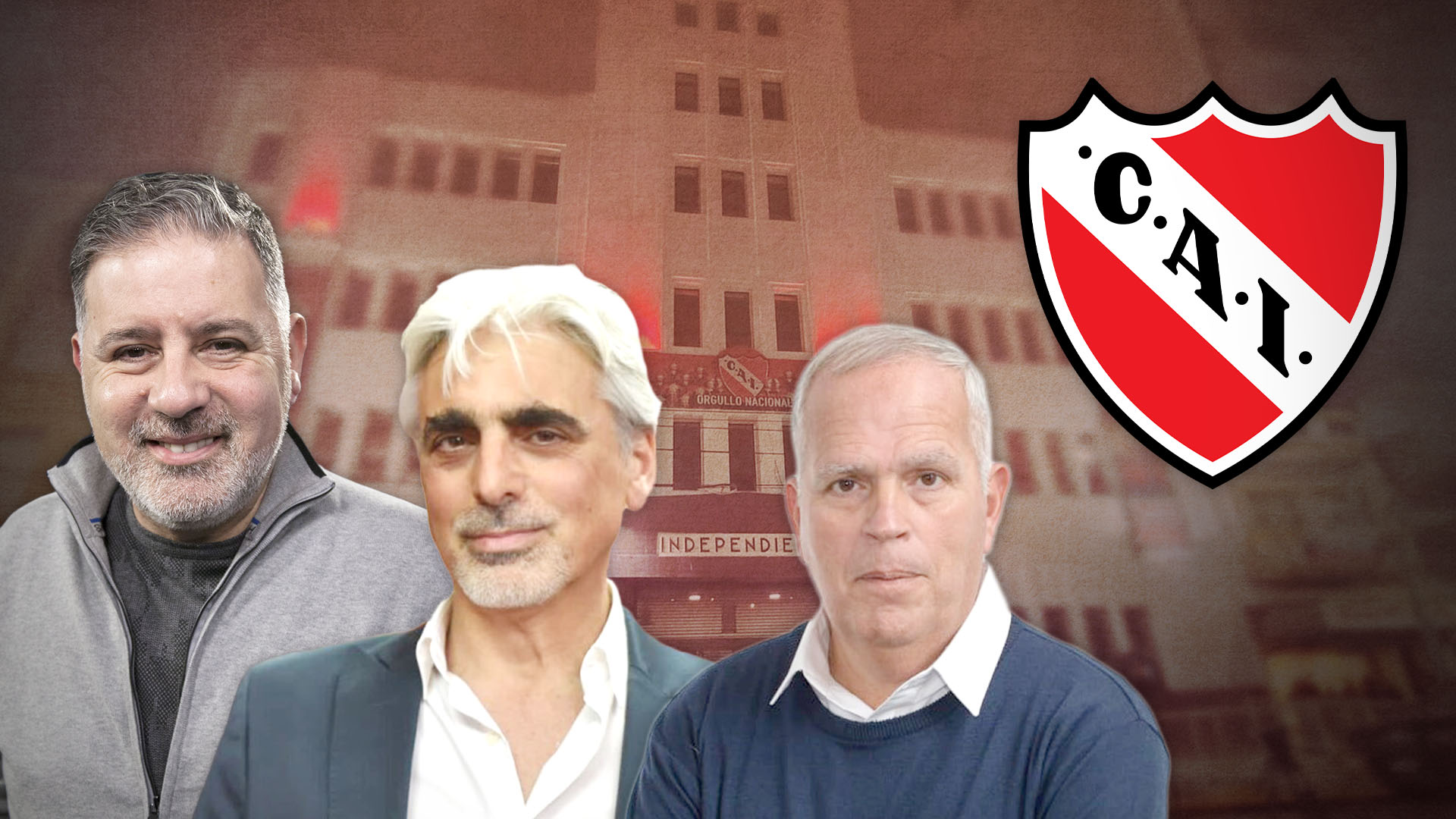 The Independent Athletic Club lives one of the momentous moments of recent years at the political level. In the midst of an economic crisis, the entity holds the presidential elections that mark Hugo Moyano’s departure from power after eight years in office. After the ten-month postponement that the event suffered between crossed accusations by the ruling party and the opposition, the more than 40,000 authorized members will have to choose between three candidates: Javier Maza (Independent Group), Fabian Doman (Independent Unit) and Claudio Rudecindo (Independent People).

A veritable crowd turned out to participate, with times when the line reached 10 blocks. Such was the volume of members who cast their vote that, two hours before the scheduled closing of the election act, more than 13,000 had passed through the polls, marking a new record. Although it was scheduled that the doors would close at 18, the schedule was extended to 19.

Hugo Moyano, who in mid-2014 won the vote that marked the successor of the resigning Javier Cantero, remained for eight years in the position and he was going to try to revalidate his place during the elections that were to take place last December. But at that time the event was suspended by the ordinary Justice after the list opposition led by Doman accuse a “proscription” by the Electoral Board of the club.

The elections that were to take place on December 19, 2021 finally were put on hold by court decision until july this year The go-ahead was given for the Independent Unit to participate in the elections. Days later, Moyano -and his right hand Yo-yo Maldonado – announced to their colleagues in the official space that finally they were not going to show up for a second re-election amid intense criticism from fans.

This Sunday, then, Independent elects a new president. There are 48,600 members authorized that can be presented in head office located at Avenida Bartolomé Miter 470 of Avellaneda. Each fan who comes to the place, can previously verify online way on the official site the table number and the order number. The 55 ballot boxes are divided into three sectors: Bottaro Gymnasium, Carlos Radrizzani Gymnasium and the Assembly Hall.

The doors of the building opened at 9 in the morning. The partners must bring the card (latest model or the previous version) and the physical ID or passport. Proof of payment of the last membership fee will not be necessary because the system will automatically mark who is up to date. Those who present debts must pay at that time and the Electoral Board must give them a certificate to exercise their right as part of the institution.

The dream of the various presidential candidates is for there to be a election with record presence that breaks what happened in 2011 when Javier Cantero reached the highest leadership position with 60% of the 11661 voters who mobilized to express themselves at the polls. The other recent elections had 8510 votes (2008 when Julio Comparada was re-elected), 8236 votes (2014 in the first election to Moyano), 6893 (2005 in the first presidency of Comparada) and 6425 (2018 Moyano’s second term).

In this context, Javier Maza He is the candidate for the ruling party that during the last eight years he was representing by the union leader Moyano. He was part of the board during the two administrations of Julio Comparada and in 2011 he was also a candidate on the list that he lost to Cantero. He is currently accompanied by Gustavo Lopez (vice president of ENACOM) and Juan Manuel Galvez as vice presidents, on a ballot that has other prominent surnames such as that of the Secretary General of the Bank, sergio palazzoin the role of sports secretary.

On the opposition side, the payroll led by the journalist stands out Fabian Doman accompanied by another journalist as John Marconi and the mayor of Lanús, Nestor Grindetti. In this grouping, the last name of the deputy stands out. Christian Ritondo and the general secretary Daniel Seoan. The other opposition focus is represented in the figure of Rudecindoin addition to Robert Bustamante Y Rodrigo Gadano in the following vice president positions.

The event marks the political future of Independiente and the entire red world is paralyzed by this fact, to such an extent that different supportive media came together to carry out the minute by minute in what they defined a “historic broadcast” that will last until 9:00 p.m. (FM 89.3 and on the Youtube From the cradle to hell). 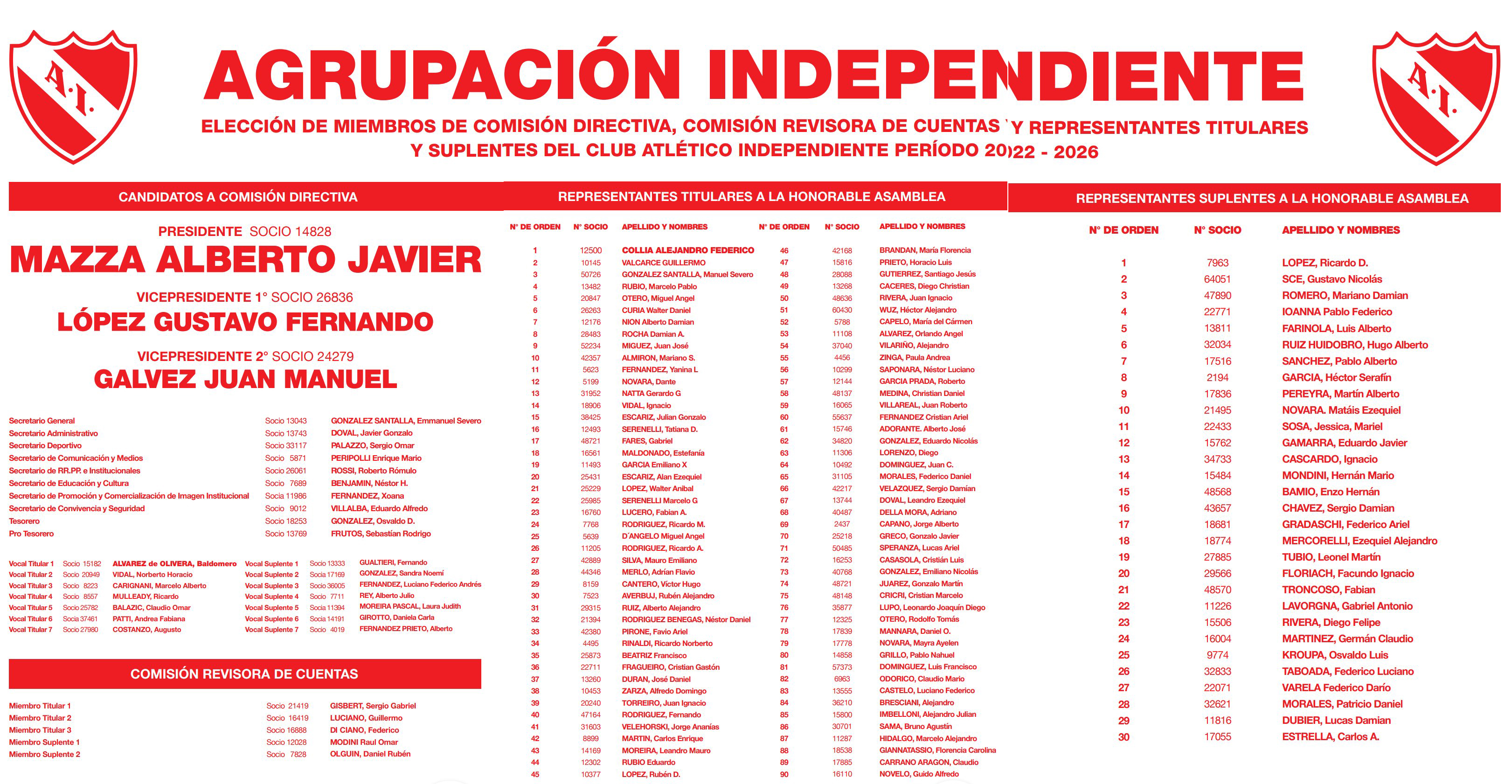 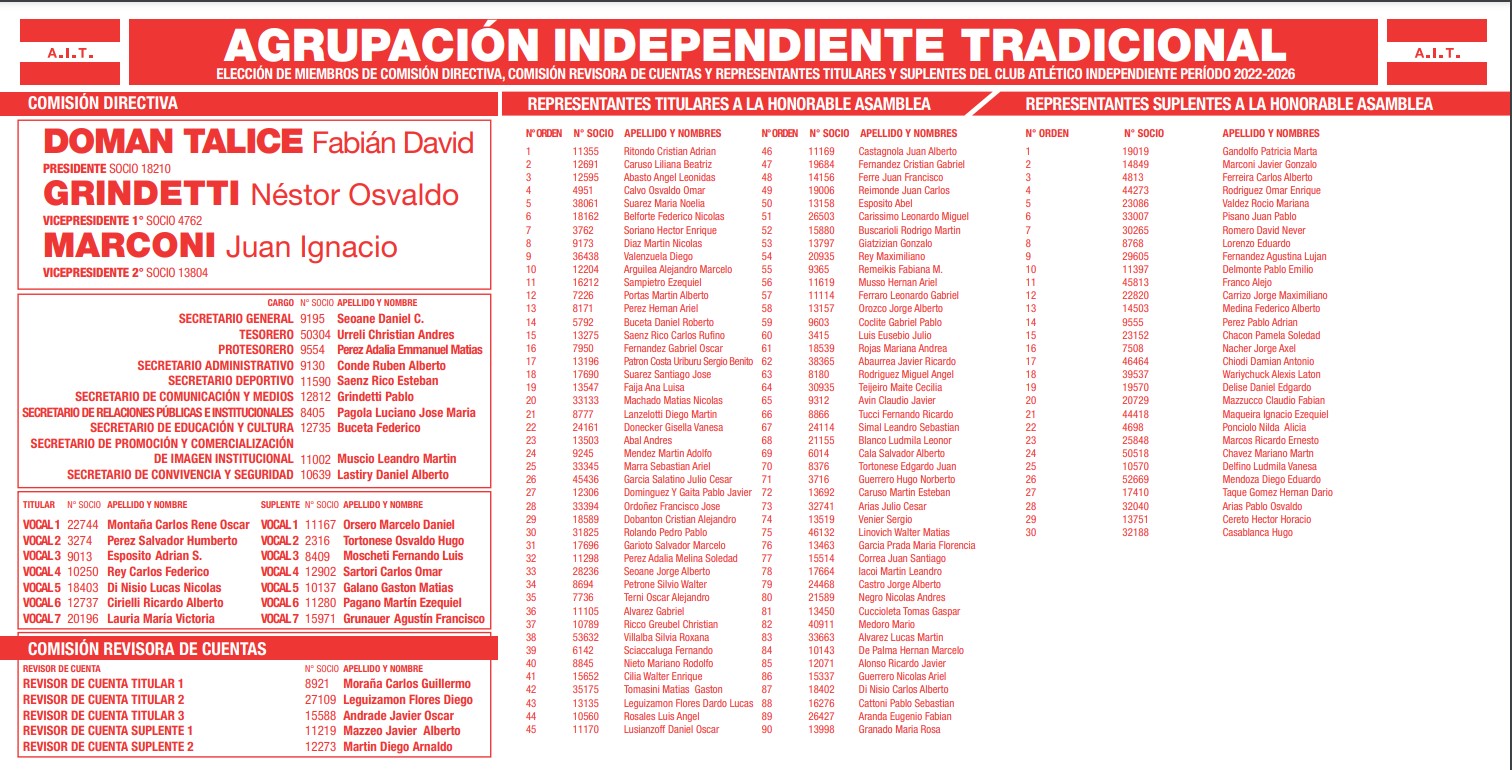 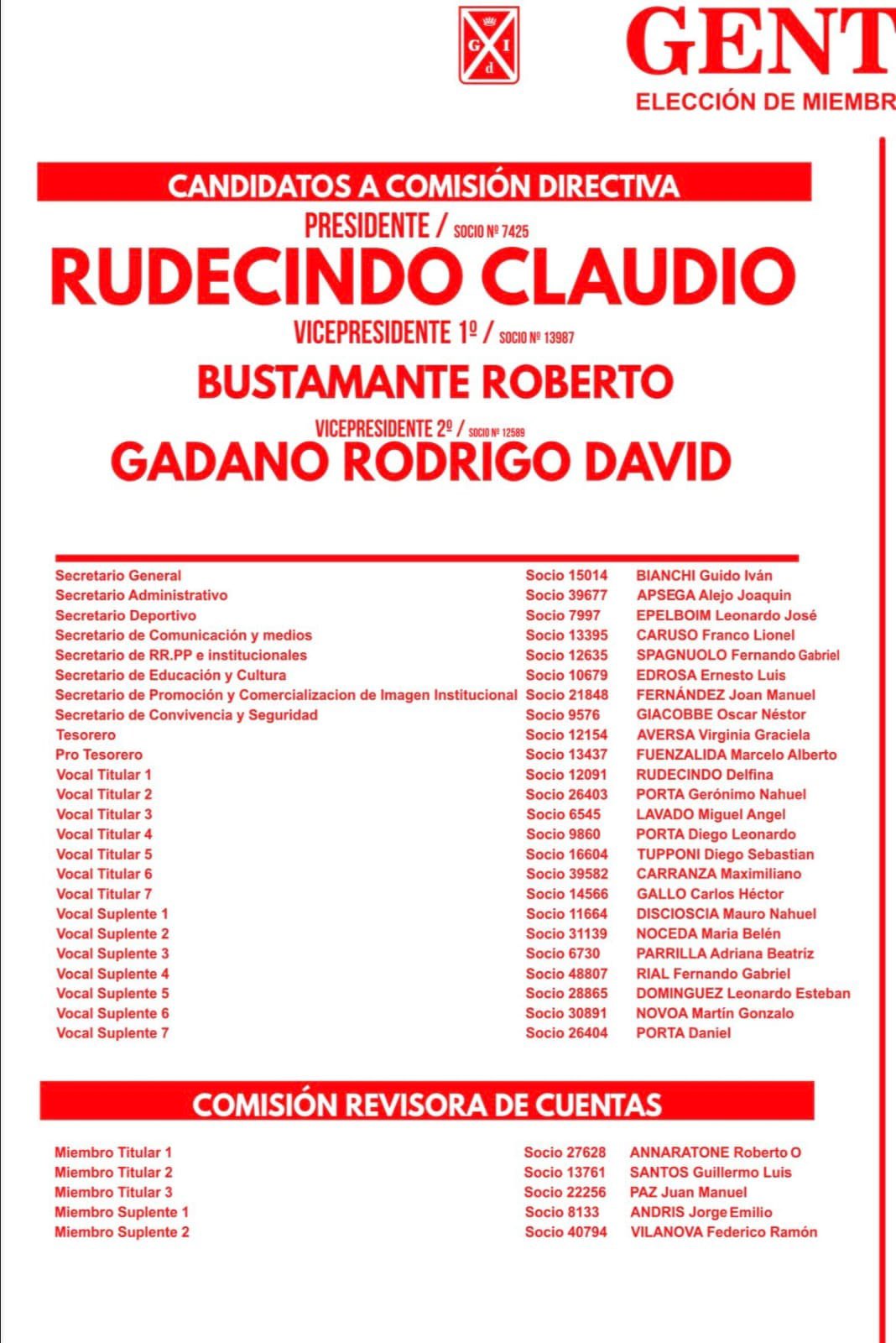 Part of the ticket led by Rudecindo, the other opposition group

After being left out of the Copa Argentina, what does River Plate need to qualify for the Copa Libertadores
Explosive press conference by Carlos Tevez in Rosario Central: “The problem is not me”
After the harsh criticism, Rolando Schiavi spoke again about the management of Hugo Ibarra in Boca Juniors

Favorites of presidents and kings: How Vladimir Putin’s dogs live and Macron’s dog is naughty

Zorya’s rival in the UEFA Conference League has been determined

Russians with categories “A”, “B” and “C” fall under mobilization