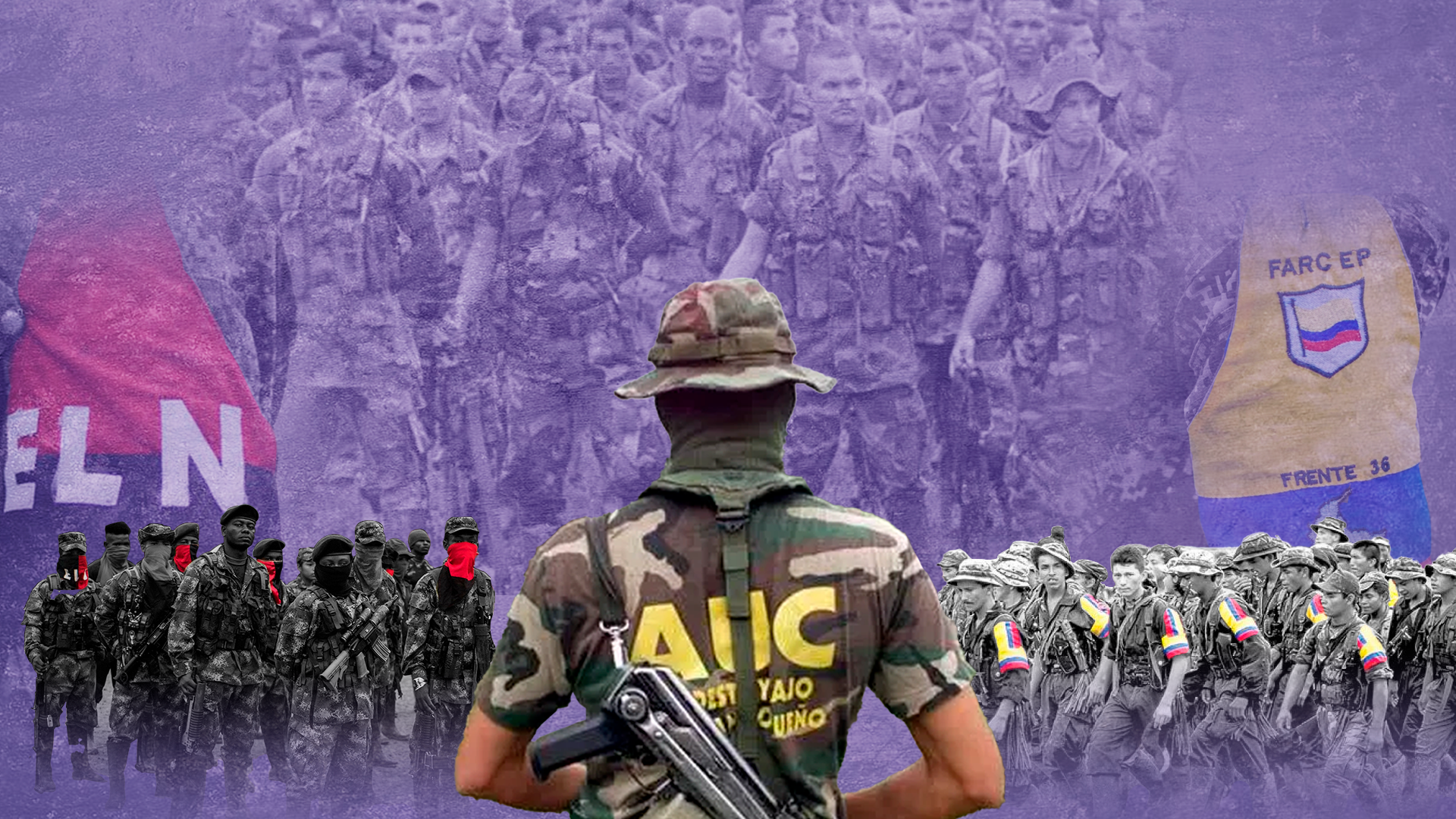 According to the volume ‘Colombia adentro’ of the Final Report of the Truth Commission, the guerrillas contemplated taking towns to consolidate their expansion. In response, paramilitary groups resorted to the same strategy to confront the Farc and the ELN. Infobae (Jesus Aviles)

April, 1993. The eighth conference of the Farc-EP was taking place. The main agreements were to expand their armed actions to the center of the country and carry out a restructuring that changed their mode of operation, since they went from guerrilla warfare to one of movements: they created fronts, blocs, joint commands, and a central command that direct the war maneuvers.

Three years earlier, the ELN agreed in its Second Congress to have the same objective: the seizure of power, and to apply social work as an “indispensable tool for the revolution.” Clearly, this strategy had to be replicated in Magdalena Medio and Santander, the main department of this region.

Barrancabermeja, the oil capital and the place where the largest refinery in the country was located, suffered the most serious consequences of the confrontations at the end of the century, because as an ex-commander of the former Farc told the truth commission.

“When the paramilitaries arrived, the fundamental territory in dispute became the south of Bolívar and barrancabermeja. […] So, the territory became disputed because it represented interests, Magdalena Medio has specific interests in the strategy of control of the State, wealth and the megaprojects that were being established in the region”, was the story collected by the entity that It was born after the signing of the Final Peace Agreement, in 2016. In that order, both Barranca and Bucaramanga became a constant zone of dispute between the insurgency and the public forces.

Under this scenario, the guerrillas stubbornly took over towns. It must be taken into account that, during the III Congress of the ELN (held in 1996), they also agreed to rely on kidnapping as one of their main ways of financing and political pressure. With that stipulated in their strategies, both this guerrilla and the Farc attacked a good part of the Santander municipalities between that year and 1997.

In 1996 and 1997, members of the ELN’s Efraín Pabón Front and the Farc’s Front 46 took over the urban centers of Capitanejo and Guaca, respectively, which are located in the provinces of Guanentá, Vélez, Soto and García Rovira. They also attacked the Police stations in these areas, greatly affecting the local economies, this because the offices of the Banco Agrario, the mayors’ offices, the courts and other important buildings were destroyed by the cylinder bombs.

You can also read: The ELN takeover that allowed Mogotes to hold its first constituent municipal assembly

A memorable case was the taking of Mogotes (also Santander) on December 11, 1997. In contrast to what happened in other towns, groups of inhabitants there motivated a constituent municipal assembly in which teachers, municipal employees, some boards of community action and even a team diocesed by Bishop Leonardo Gómez Serna.

Both guerrillas also intervened in the local elections burning ballots and ballot boxes, the most common method used by these groups. There was also a notable increase in extortion, threats and murders of members of ecopetrol and other state institutions; It was “armed clientelism”, according to a social leader commented to the CEV, since they demanded a certain percentage of a contract or a part of labor quotas to include people related to them. When the paramilitaries arrived in this area, the stigmatization of local officials was felt very strongly.

The Truth Commission gathered testimonies from workers of companies such as Ecopetrol that suffered pressure from the guerrillas and paramilitaries. For example, there is the case of Ubencio Rueda, who was the victim of intimidation by alias Palomo, a member of the THE N, and alias Guevara, from the Farc. Agents of the United Self-Defense Forces of Colombia also threatened him. All these groups focused their pressure on extortion between 1998 and 1999.

Planting antipersonnel mines was another mechanism used by the guerrillas to exercise territorial control, so that other armed actors could not enter areas that were destined for operational planning, coca planting or simply to cause terror, because according to figures of Single Registry of Victims12,148 people were maimed by these mines or by other improvised explosive devices.

The forced recruitment of minors was another of the barbarities that, although it was carried out by insurgent actors, was not well treated by the State; that is, the girls and boys who were forced to join the guerrillas were classified as military objectives by the State and paramilitaries, just for being part of the ELN or the Farc (against their will).

An example of this was the Berlin operation, carried out between November 19, 2000 and January 5, 2001 in the homonymous wasteland located in the Eastern Cordillera, jurisdiction of the Tona municipality, Santander.

In order to dismantle the Arturo Ruiz mobile column of the Farc, the Army took this region under the authorization of General Martín Orlando Carreño, commander of the fifth brigade. The insurgent division was made up of almost 400 members, of whom 141 were mainly indigenous and peasant children. Many of them led to war by men under the command of Mono Jojoy and timochenkothen commanders of the Eastern Bloc and promoter of child recruitment.

The Army, despite being aware of the minors who were part of the guerrilla command, did not request accompaniment from the Colombian Institute of Family Welfare (ICBF) and decided to interview the detainees (including minors) without the supervision of any entity that guaranteed their rights. “The Army acknowledges that it detained 23 minors and another 27 turned themselves in and records that 62 guerrillas died in combat,” says the Commission.

In addition, of the 78 autopsies carried out by Legal Medicine, 28 corresponded to minors; of them, six had bursts of firearms in the skulls, understanding that they were murdered in a defenseless state. One of the girls was 14 years old when she died, so that was another serious breach of IHL.

While the insurgent actions, such as the seizure of towns, the use of non-conventional weapons (antipersonnel mines, tacos and bomb cylinders), kidnappings, extortion and rape of minors, extended the power of these groups in the region; The public forces, groups dedicated to drug trafficking, and parastatal agents hit these guerrillas hard, weakening them in areas where they had historically been strong.

In 2000, the Central Bolívar Bloc of the AUC was created and was led by Carlos Mario Jiménez Naranjo, alias Macaco, while Ernesto Báez was in charge of the political wing. Its center of operations was the South of Bolívar, a key place for the concentration of the guerrillas. There the war was bloody for territorial control, the population and the income from drug trafficking and gasoline smuggling. It was a struggle for power in all its spheres at all costs.

CONTINUE WITH THE SPECIAL:

Ministry of Defense must show the report of the Truth Commission to Army troops
Truth Commission is nominated for the Sakharov Prize awarded by the European Parliament
Truth commissioner assures that, from illegal groups to political parties, they have been related to the war

In the Kherson region, the invaders shot an evacuation bus: three people were killed, five were injured

For employees who go to the front, jobs will be saved

Gennady Zyuganov: After the victory in Ukraine, the Red Banner may again become the state flag of Russia