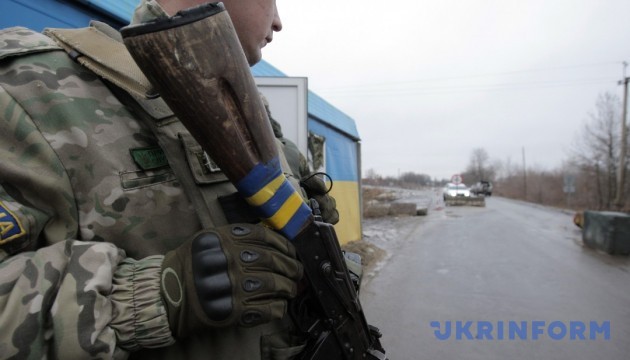 With the return of a large number of Ukrainians from abroad, it became necessary to recall the procedure for crossing checkpoints on the roads to relieve tension in the event of traffic jams at checkpoints.

According to Ukrinform, about this in Facebook The press service of the Military Law Enforcement Service of the Armed Forces of Ukraine reports.

“A lot has been written and shown in the media about the purpose of checkpoints and the procedure for crossing them. But with the return of a large number of Ukrainians home from abroad, there is again a need to return to this topic in order to relieve tension when traffic jams occur at checkpoints and citizens understand the importance of the work carried out by the military,” the message says.

As noted, the checkpoint is a reinforced checkpoint, by decision of the military command, temporarily installed at the entrance / exit to the territory where martial law has been introduced and a special regime has been established.

Checkpoints are equipped with places for checking persons, vehicles, luggage and cargo, positions of fire weapons and military equipment, places for rest and life support for personnel performing tasks at such a checkpoint, which may include officials of military formations and law enforcement agencies, who, in accordance with the law, are involved in carrying out activities under the legal regime of martial law.

In addition, the relevant resolution of the Cabinet of Ministers determines the mechanism for checking documents from persons, inspecting things, vehicles, luggage and cargo, offices and housing of citizens while ensuring the measures of the legal regime of martial law.

When inspecting things, vehicles, luggage and cargo, office premises and housing of citizens, an authorized person may use technical devices and technical means that have the functions of detecting explosive objects and things (substances), the circulation of which is prohibited or limited, photo, audio and video recording .

The recommendations of the Ministry of Defense note that when approaching a checkpoint, it is necessary to reduce the speed of the car, prepare documents for verification in advance, turn off the headlights and turn on the emergency light.

After inspection and permission, continue driving and do not pick up speed abruptly.

The press service also noted that martial law does not mean deprived of all rights, however, in a war it is important to find a balance between the requirements for the safety of employees at the post, the defense of Ukraine and the rights and freedoms of every person who crosses such a checkpoint.

Citizens should unequivocally refrain from taking photographs and videos, aggressive communication and behavior and cooperate as much as possible with employees so that all participants in the procedure remain alive, healthy and do not experience problems with the law during this difficult time, the press service noted.

As reported, on February 24, Russian President Vladimir Putin announced the beginning of the invasion of Ukraine. Russian troops are shelling and destroying key infrastructure facilities, carrying out massive shelling of residential areas of Ukrainian cities and villages using artillery, multiple launch rocket systems and ballistic missiles. Martial law has been introduced in Ukraine, general mobilization has been announced, the country is rebuffing the invaders.

Many Ukrainian soldiers released from captivity were severely tortured – GUR