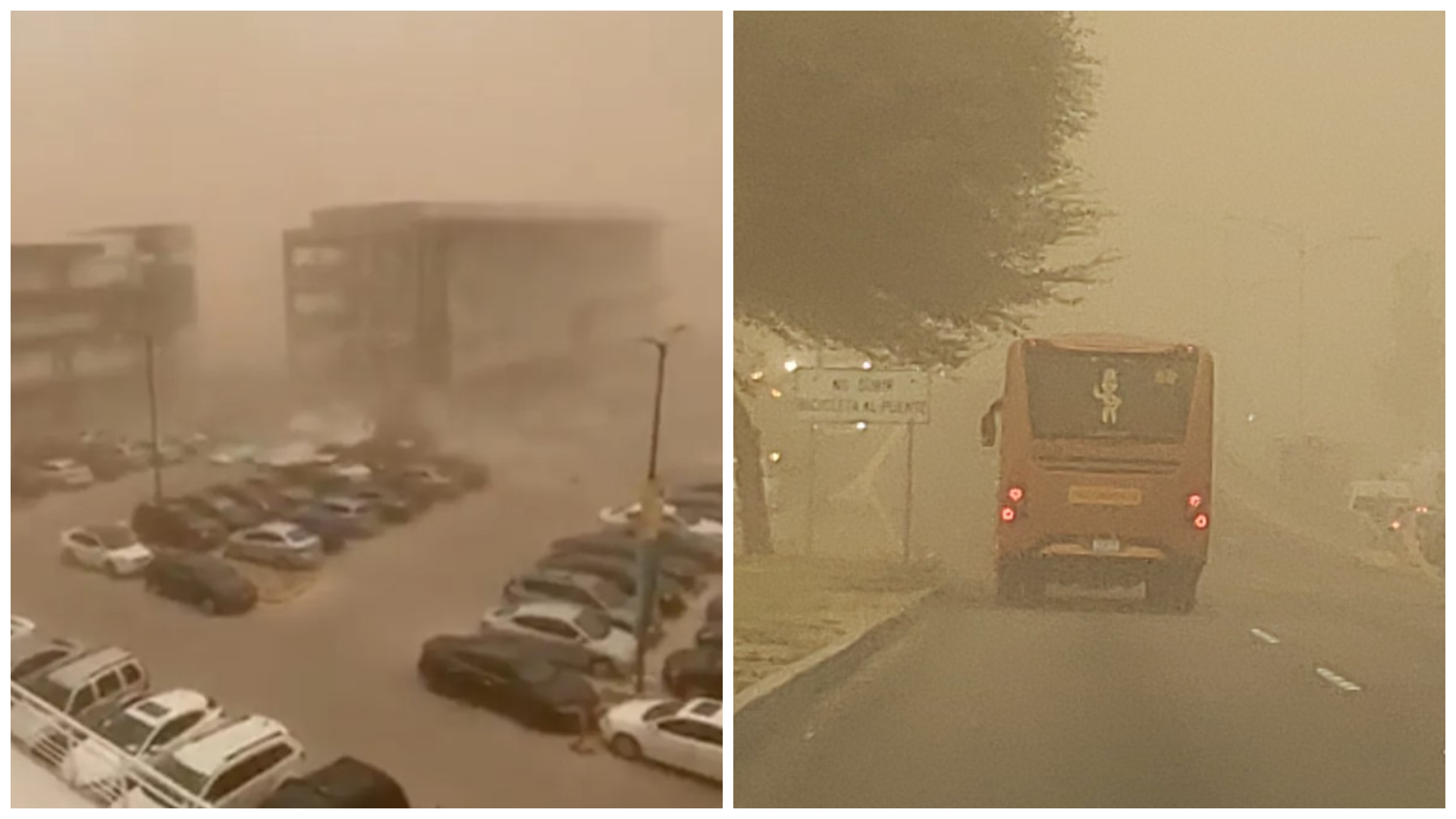 The inhabitants shared photos and videos of the passage of the orange dust storm on networks (Photo: special)

Inhabitants of Mexicaliin the state of Baja California, lived panic minutes because one sandstorm and dust lashed the city, leaving several injuries and material losses.

According to reports, shortly after 3:00 p.m. (local time) the sky darkened and was covered by an impressive curtain of dust, which registered winds of up to 86 kilometers per hour. In addition, the temperature dropped from 38 to 25 degrees Celsius.

“From one moment to another it became night and everything flew […] It was apocalyptic.”said to Infobae Mexico a city dweller.

Such was the intensity of the storm that the motorists decided to suspend their circulationbecause the sand did not allow to see the roads clearly.

Even a video went viral on social networks showing how the strong winds caused the collapse of the wall of a building of the University of DurangoMexicali campus, which fell into the parking lot, leaving at least four vehicles buried.

In the 20-second footage, the screams of the students who caught the collapse are heard: “No ma*s, there were cars!”.

Photographs of the fallen trees in some areas, including within the Autonomous University of Baja California (UABC).

As if that were not enough, some neighborhoods reported power outagesdue to the fall of the light cables.

In this regard, the state governor, Marina del Pila Avila Olmedareported through his Twitter account that the state civil protection coordination attended the emergency.

In the same way, he called on the population not to circulate on the streets to avoid more accidents.

“Friends of Mexicali, a few minutes ago there was a wind and dust storm from Sonora with rain and hail in some sectors of the capital of our State. […] We recommend you not to circulate on the streets to avoid accidents; We will continue to report”

According to the resident’s statement, the storm lasted about 20 minutes and after its passage it started to rain. It is worth mentioning that in that northern region very few times a year there is rainfall.

Sand and dust storms are common weather hazards in the arid and semi-arid regions and, in general, they are caused by storms —or strong pressure gradients associated with cyclones— that increase the speed of the wind in a wide area, according to the World Meteorological Organization.

dust suspended in the air constitutes a serious health risk and the size of its particles is key when determining the potential danger.

Particles larger than 10 μm cannot be breathed in and damage only external organs (mainly causing skin and eye irritationconjunctivitis, and increased susceptibility to eye infections).

Particles that can be inhaled, those less than 10 μm in size, are usually trapped in the nose, mouth and upper respiratory tract and can be associated with respiratory disorders such as asthma, tracheitis, pneumonia, allergic rhinitis and silicosisbut the smallest ones can penetrate to the lower part of the respiratory tract and enter the bloodstreamfrom where they can affect all internal organs and cause cardiovascular disorders, according to the same organization. 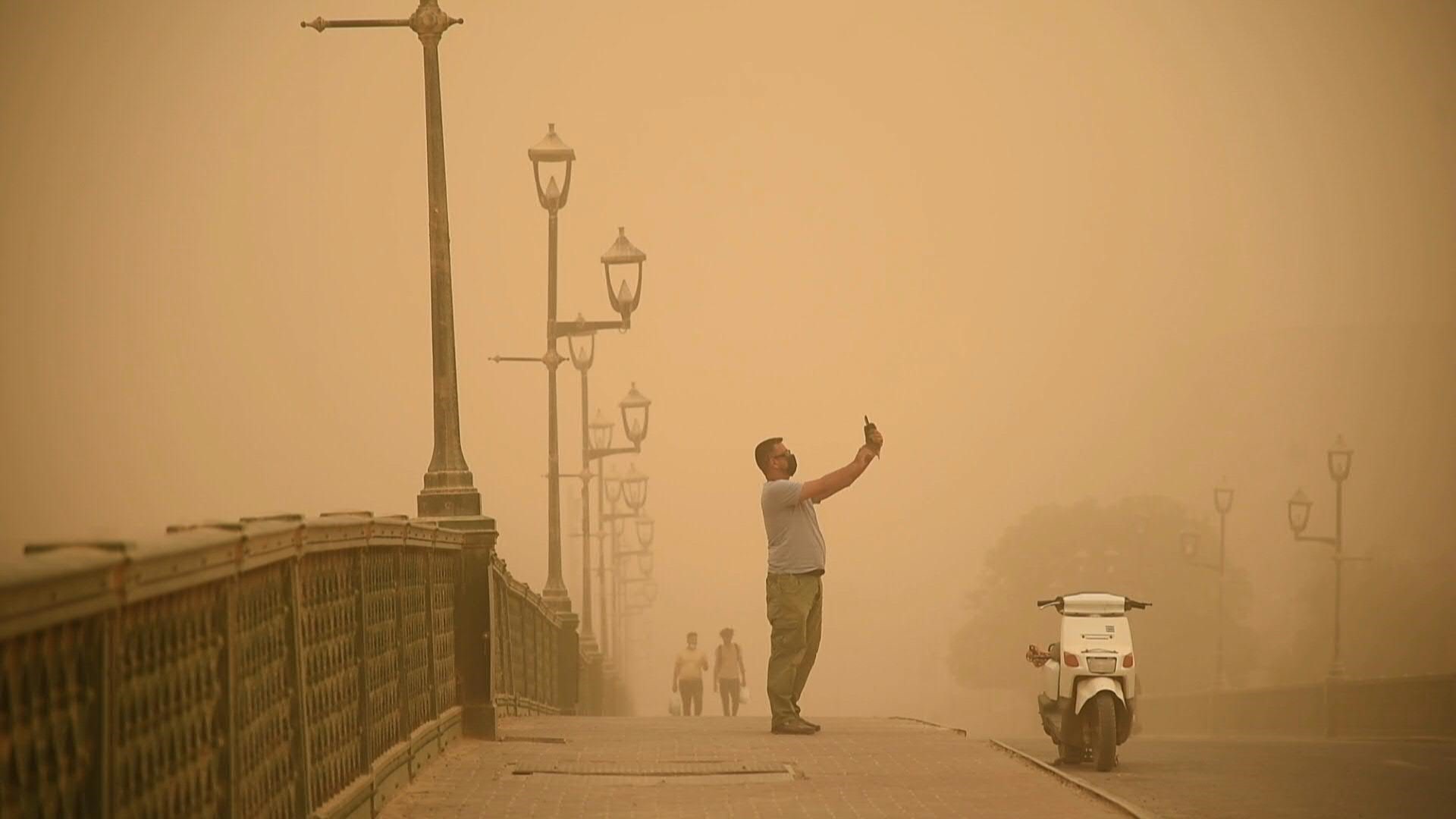 Image of a sandstorm in Iraq (Photo: AFP)

– Take shelter during these events

– Close all air inlets to rooms during storms

– If it is necessary to be outdoors, use glasses and a mask or scarf (especially people prone to respiratory diseases)

What will the official immersive exhibition of Van Gogh be like?

Gerard Piqué would have left Spain, according to Jordi Martin