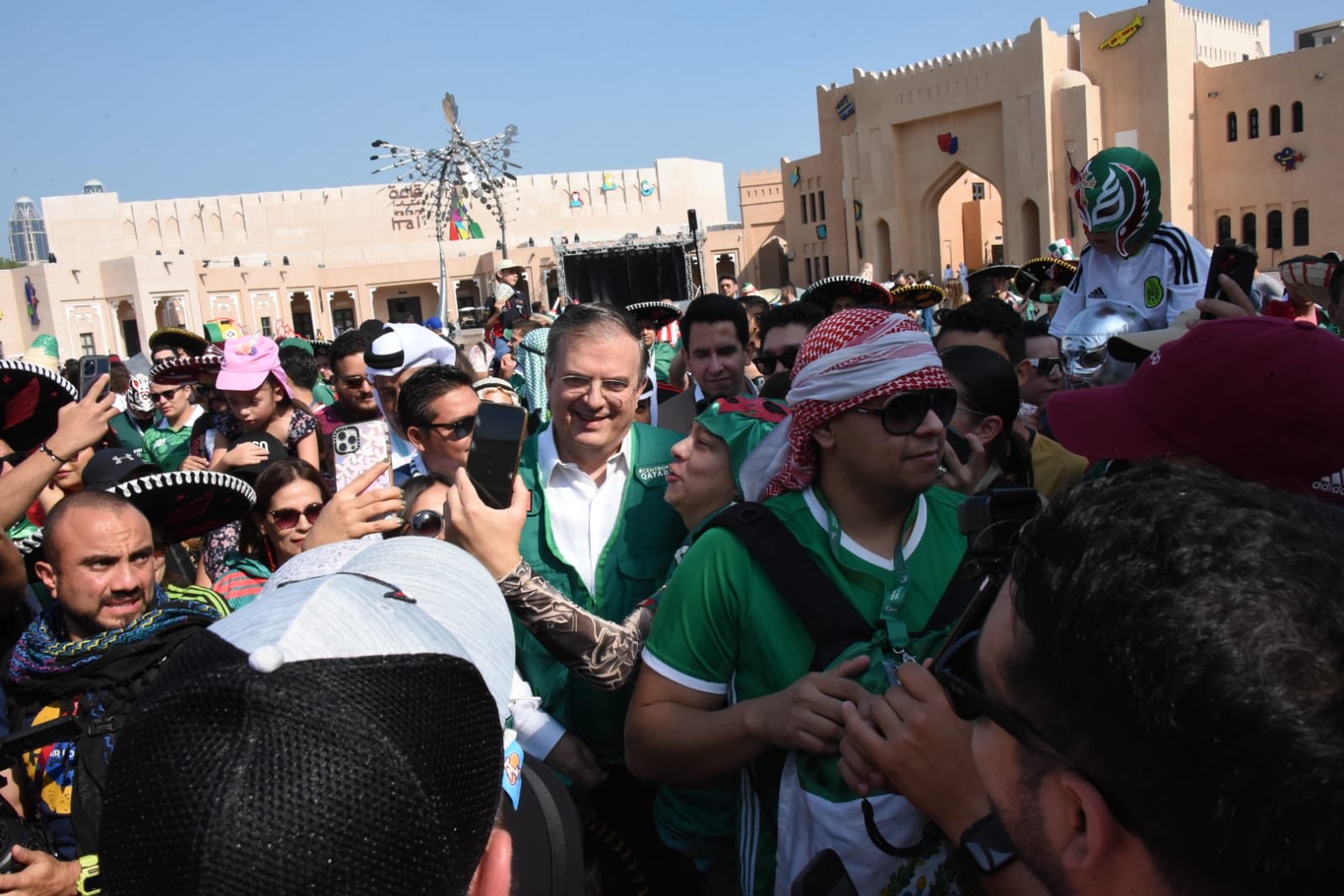 Mexican fans who traveled to the Qatar World Cup 2022 attended the opening of the Central Mexicoat which time they took the opportunity to ask the head of the Ministry of Foreign Affairs (SRE), Marcelo Ebrard Casaubonto intercede so that alcoholic beverages are sold in the Arab country.

As of the last week of November, 15 tons per week of the so-called “Mexican gold” will be sent to Qatari lands, the SRE announced

Through social networks, the moment in which some fans approached the chancellor to request photographs and videos went viral, a space in which it was possible to hear: “Secretary, take out the chelas”; while another also shouted: “Tequila, tequila”.

After these shouts, the militant of the National Regeneration Movement (Morena) let out a loud laugh and continued the “joke” expressing, between laughs, that it would be ideal to be able to get a cooler to keep alcoholic beverages cold.

The center’s objective is to provide consular protection and assistance to the nearly 100,000 Mexican fans who are estimated to attend the World Cup

However, the shouting did not end there, as others alluded to their aspirations for the Presidency of the Republic and some compatriots They told him that they would exchange votes for some beersa situation that also caused the official of the Fourth Transformation sympathy. 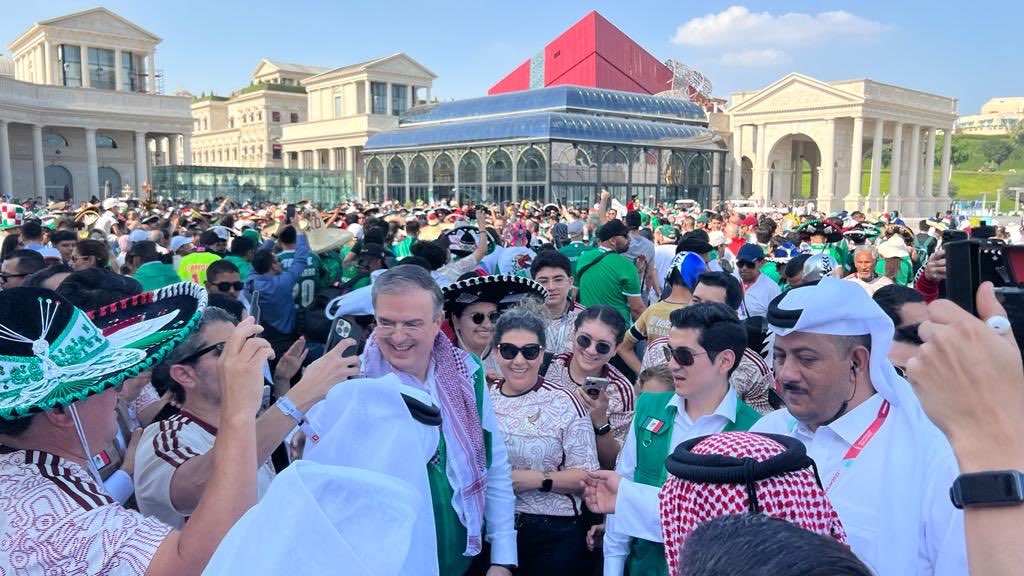 The foreign minister inaugurated the Mexico Center in Qatar (Twitter/@m_ebrard)

And it is worth remembering that days before the opening of the World Cup, Qatar announced that the sale of alcoholic beverages in stadiums was prohibited. It was the International Federation of Association Football (FIFA), who announced that it was a joint decision that said drinks were not sold.

“After discussions with the host country and FIFA, the decision has been made to only sell alcoholic beverages in the ‘fan zones’ and the points set up and licensed for them and not on the perimeter of the stadiums”

This announcement provoked a negative reaction from the fans, which crystallized on social networks where they criticized the measures of the host nation, as well as FIFA allowing such measures that had not been seen in other editions.

I welcomed our fans at the Centro México Qatar 2022 Plaza Katara. The Qatari authorities share with me that they consider us fans of joy and sympathy, in green as our colors. Very cordial reception they have had for Qatar. pic.twitter.com/z28dne8RDl

Such a reaction from the Mexican fans occurred during the inauguration of the Central Mexico (CMQ) in Qatar 2022enclosure that is designed to provide support to nationals to attend the most important soccer event in the world. The Secretary of Foreign Relations arrived last Saturday in Doha, the country’s capital, and attended various events in which, in addition, he was seen accompanied by elements of the National Guard.

The sound of junk was heard in Qatar; Mexicans sing and celebrate in World Cup territory

With events and celebrations, the Mexican fans began to attract attention in the Middle Eastern country

Although it opened its doors and started operations a few days before (November 15), the Mexican diplomat made the official opening of the CMQ just arrived at world cup lands. Among its functions is provide consular protection and assistance to all nationals who attend the soccer tournament and who require, among other services, the issuance of an emergency passport, as well as guidance on health services and what to do in cases of vulnerability.

Before the inauguration, Ebrard had a meeting with dozens of Mexicans with whom he posed for photos and even sang the cute little sky. Subsequently cut the ribbon which symbolically began the activities of the CMQ. Finally made a route by the International Center for Police Cooperation in which the National Guard, representing the Mexican police, will operate throughout the event.

On the other hand, the official recalled that Mexico was invited to the World Cup since, in addition to being a member of the International Federation of Association Football (FIFA), next year, he will host the event together with Canada Y USA.

What is the forecast for Mexico in Qatar 2022, according to Francisco Javier González
Ebrard announced from Qatar that Mexico, Canada and the United States will have a meeting towards the 2026 World Cup
Marcelo Ebrard inaugurated the Mexico Center in Qatar 2022 accompanied by elements of the National Guard