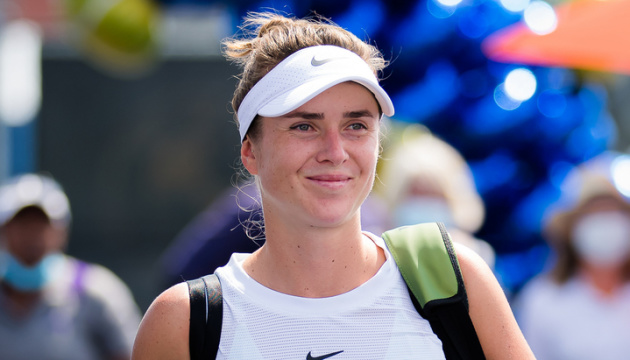 The Women’s Tennis Association (WTA) presented the rating of athletes on August 1.

Elina Svitolina (44th place) continues to be the first “racket” of Ukraine, who has not competed since March due to pregnancy, Ukrinform reports.

Angelina Kalinina has dropped two lines and now occupies the 52nd position in the world classification.

Ekaterina Beindl, thanks to reaching the semi-finals of the WTA tournament in Warsaw, rose immediately by 56 lines – 134th place.

Read also: Ekaterina Beindl lost in the semi-finals of the WTA tournament in Warsaw

The WTA ranking is headed by Iga Sventek from Poland. The second “racket” of the world is Estonian Anett Kontaveit, the third is Maria Sakkari from Greece.

In the photo: Elina Svitolina (globallookpress.com).

Abductions of civilians and shelling of territories. Russian-occupied south of Ukraine: review of events for August 3

For the first time since April, more than 12.4 thousand COVID infections per day have been detected in Russia | News from Germany about Russia | DW