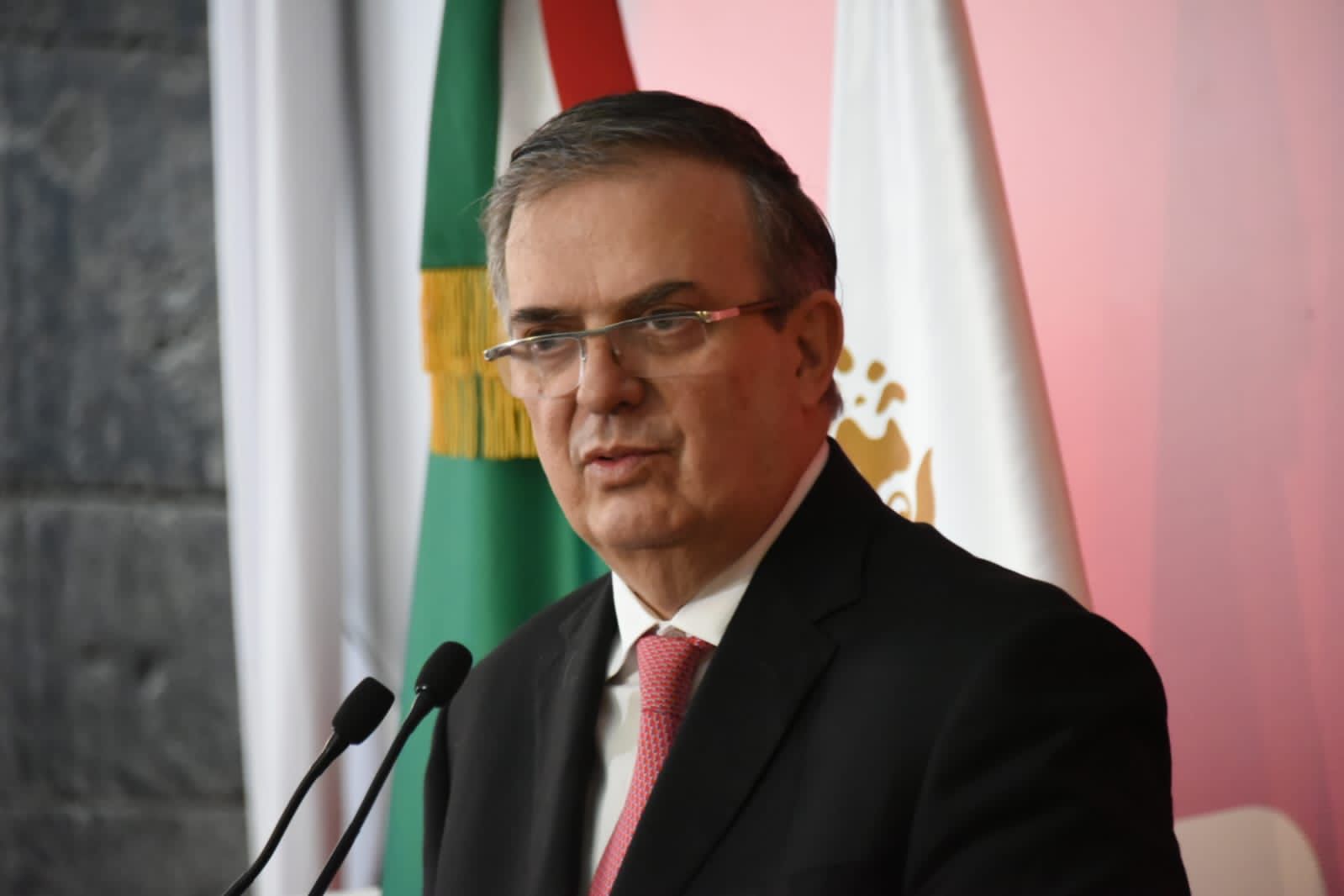 The agreement was officially signed on September 28 (Photo: Marcelo Ebrard/Twitter)

The Russian President, Vladimir Putinratified the intergovernmental agreement between Mexico and Russia on cooperation in space research solely for peaceful purposesaccording to the document published on Saturday, October 8, both the Russian and Mexican government portals.

“The agreement was prepared and signed in view of the stable trend of expanding the cooperation between Russia and Mexico in the space sphere through joint projects”, can be read in the Russian statement.

The Ministry of Communications and Transportation (STC), through its decentralized body, the Mexican Space Agencysigned an agreement for the cooperation in the exploration and use of outer space for peaceful purposes.

With the objective of develop and establish equitable and beneficial cooperation for both statesfor the practical application of space equipment and space technologies, the representatives of both countries welcomed the celebration of the tool.

said agreement is in process to enter into forcesince the approval of the Russian Federation Councilthat is, the Upper House, the signature of the President of Russia and finally, the official publication of the document.

The signed document does not contemplate actions related to the system glonass and there is no forecast that it could be included in the near future.

glonass contains an orbital group of 24 satellites and operates in other countries of Asia Y Africa.

Adding to the inter-institutional agreements between the space agencies previously agreed with the Mexican territory, among which are the space agencies of Argentina, that is to say with the CONAE, United States of Americabetter known as POT, Hungary and Italy with SOY Ukraine and Venezuela with ABAE.

Agreements are currently being negotiated with countries such as Japan, China and the European Space Agency.

The activities contained in Framework Agreement may not be executed before entering into force, at the same time as sign the corresponding specific pointsseeking that none of the regions is affected.

Despite the clarifications about the document, the Mexican journalist specializing in security issues, Dolia Estevezpointed out that the Ministry of Foreign Affairs did not give the pertinent report, since said system could allegedly be used for espionage.

The journalist mentioned that the Global Navigation Satellite System, glonass by its acronym in Russian, is operated by the Russian space agency Roscosmos.

He added that various analysts in Washington point out that the Glonass expansion is part of Putin’s strategy to incorporate Latin America into its zone of influence, since this system already operates in Nicaragua, Venezuela and Brazil.

Estévez pointed out that with these actions the 4t would be helping Russia achieve what the USSR could not during the Cold War. During the week, President Andrés Manuel López Obrador reproached the Ukrainian president for Volodymyr Zelensky has been proposed as candidate for the Nobel Peace Prize.

“With all due respect, the European Parliament proposing the President of Ukraine as a candidate for the Nobel Peace Prize. Regardless of whether we participate in favor of one or the other,how one of the actors in the conflict in the war is going to receive the Nobel Peace Prize?” Said the Mexican Executive in his morning conference on October 5.

Russia and Mexico agreed to install the Glonass satellite system; journalist warned that it is used to spy
AMLO was outraged at the European Parliament for proposing Volodimir Zelensky for the Nobel Peace Prize
Ukraine recognized Mexico’s vote at the UN to condemn Russia for annexation of territories

Who will win the conflict in Ukraine – The American Conservative