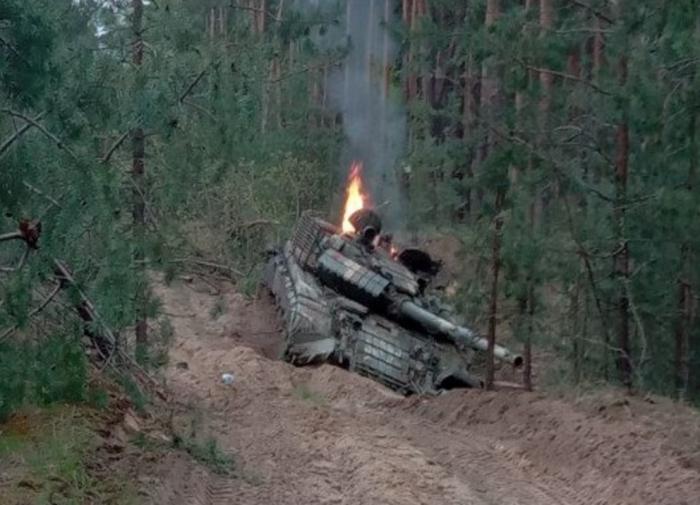 A video of the undermining of militants of the Armed Forces of Ukraine (APU) on a mine along with their armored vehicles has been published on the Web. The action takes place in the Kharkiv region near the village of Orlyanka in the Kupyansky direction.

The footage shows how the Ukrainian military squad moves behind the combat vehicle.

At some point, the car, unexpectedly for the soldiers, runs into a mine, an explosion occurs, thick clouds of white smoke rise into the sky.

The equipment was destroyed by the explosion, and only one of the Nazis managed to survive and escape.

Previously on social media video appeared destruction of a tank of the Armed Forces of Ukraine in the Kherson direction with a high-precision air-to-surface missile “Product 305”.

Johnny Depp, who returned to life after a divorce from Amber Heard, sold 780 of his own paintings for $ 3.65 million

Andriy Turchak: Donbass has been pursuing its dream for 8 years, and today this dream has come true

The British Ambassador condemned the pseudo-referenda of the Russian Federation