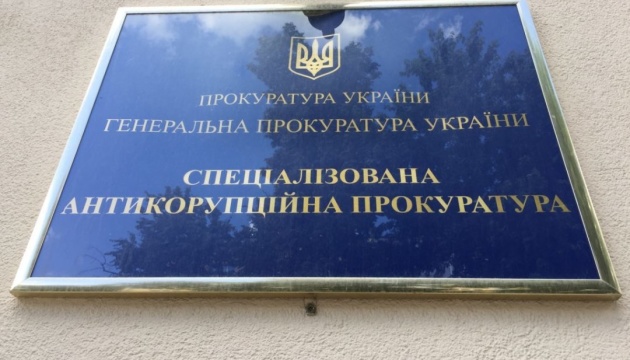 Law enforcement officers completed the investigation into the Rotterdam + case, the previously announced suspicions of causing almost UAH 20 billion in damage to electricity consumers changed the six defendants in the case.

According to Ukrinform, the Specialized Anti-Corruption Prosecutor’s Office reports this in Telegram.

“The updated composition of the group of SAPO prosecutors, after reviewing the materials of the so-called Rotterdam + case, made a number of procedural decisions in the proceedings. So, according to the results of the joint work of the updated group of prosecutors and detectives NABUas well as a detailed analysis of the evidence collected in the case, a decision was made to notify six persons involved in the introduction of the so-called “Rotterdam + formula” to change the previously reported suspicion of causing UAH 18.87 billion in losses to electricity consumers during 2016-2017. , the message says.

It is noted that the suspicions have been changed to the former chairman, head of department and head of department of the National Commission that regulates energy and utilities, as well as the director of the state enterprise “Market Operator”, which at the time of the introduction of “Rotterdam +” was a member of the NEURC, deputy commercial director one of the private companies of the group – the key operator of the heat generation market in Ukraine and the director of the department of one of the companies of this group.

The actions of all persons are qualified on the grounds of a crime under Part 2 of Art. 364 (abuse of power or official position, resulting in grave consequences) of the Criminal Code of Ukraine. Representatives of private companies are charged with complicity.

At the same time, law enforcement officers continue to investigate possible damage under the so-called “Rotterdam+” formula during 2017-2018.

As Ukrinform reported, on August 8, 2019, the National Anti-Corruption Bureau of Ukraine announced to the former chairman of the NEURC Dmytro Vovk and five other persons involved in the introduction of the so-called Rotterdam + formula that they were suspected of committing actions that resulted in 18.87 billion hryvnia losses.

The investigation found that through the application of this formula, thermal generation began to sell electricity at a higher price. The formula became invalid on July 1, 2019 due to Ukraine’s transition to a new electricity market.

The senior group of prosecutors in this case, Vitaly Ponomarenko, closed the relevant proceedings three times.

On May 5, 2021, at that time, the Prosecutor General of Ukraine, Iryna Venediktova, replaced the senior group of prosecutors in this proceeding with Denys Demkiv, who already on May 20 decided to close the case for the fourth time.

Read also: GLANDERS sent to court the case on the losses of Ukrzaliznytsia for ₴103 million

On September 22, the head of the Specialized Anti-Corruption Prosecutor’s Office Oleksandr Klymenko canceled the prosecutor’s decision to close the so-called Rotterdam+ case as illegal and unfounded. Simultaneously with the annulment of the decision, the head of the SAP completely changed the group of prosecutors in the case due to the ineffective implementation of supervision over compliance with the laws during the pre-trial investigation.

Record inflation and a weak euro: why the ECB raises its key rate

Pashinyan assesses the prospects for economic relations with Russia

Alla Pugacheva lost her place as the most popular Russian star