Good deeds, mortal sacrifices and even inexplicable events arising from an apparent divinity, are the reasons why different individuals were beatified and canonized by the Vatican to carry with him the name of saint.

Every daymarked on the calendar, commemorates the life and death of these beings, men and women, who dedicated their existence to the same Catholic Church that earned them the appointment.

This is the saint’s day Monday November 21.

Celebration of the day: Presentation of Saint Mary Virgin

Memory of the Presentation of Saint Mary the Virgin. The day after the dedication of the Basilica of Santa María la Nueva, built next to the wall of the ancient temple of Jerusalem, the dedication that the future Mother of the Lord made of herself to God, moved by the Holy Spirit, of whose Grace was full from her Immaculate Conception.

Along with this character is other saints and martyrs which are also celebrated this Monday, November 21 as the following:

Consult the biographies of each of these characters clicking here. 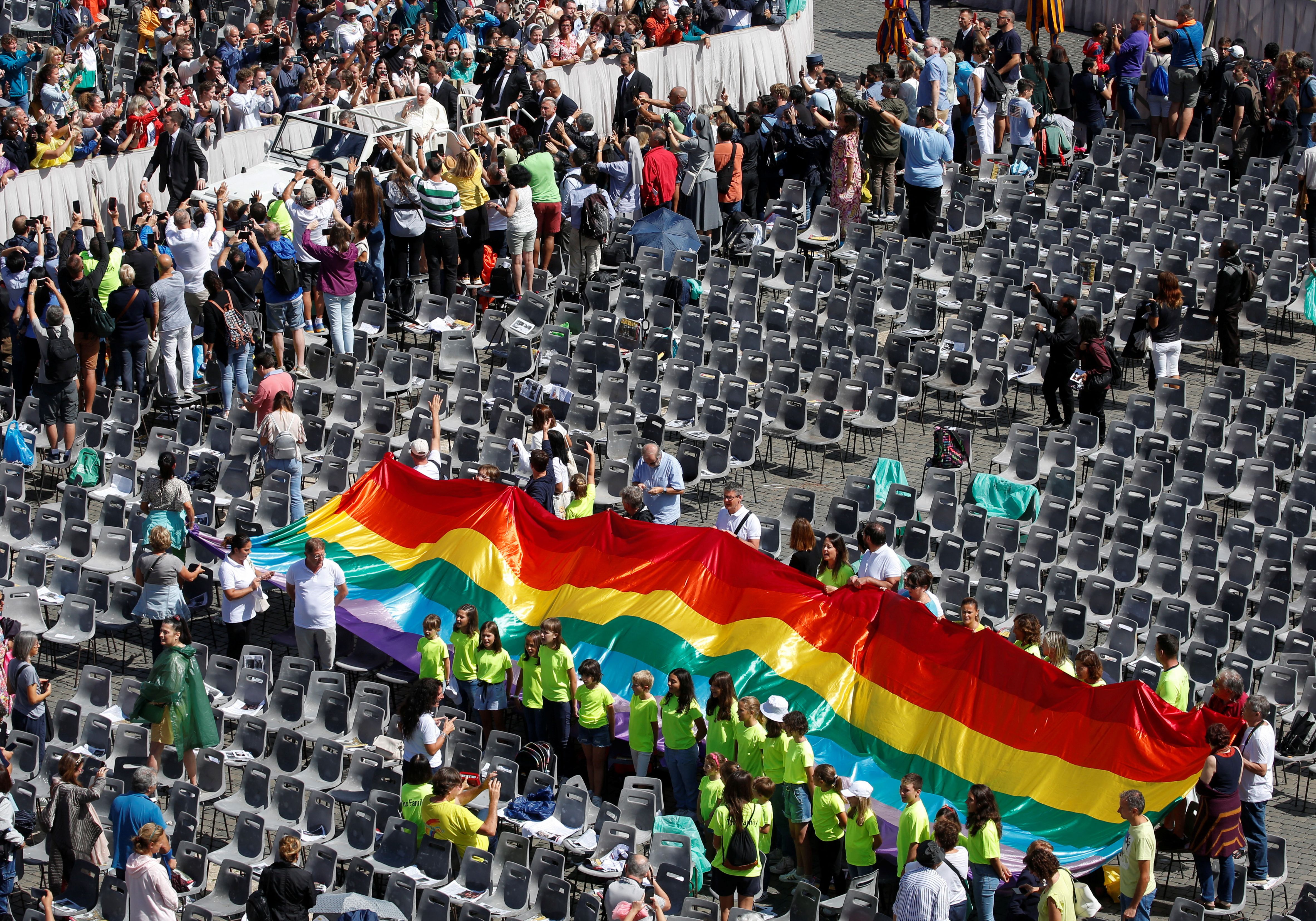 Attendees hold a giant flag as Pope Francis walks past after a mass for the beatification of Pope John Paul I in St. Peter’s Square at the Vatican, on September 4, 2022. (REUTERS/Remo Casilli)

The Catholic and Orthodox Church use canonization to declare a deceased person as a saint.which implies including her name in the canon (list of recognized saints) and permission to venerate her, acknowledging her power before God.

During Christianity, people were recognized as saints without the need for a formal process; however, this changed in the Middle Ages.

In the case of Catholicism, the Church must make an exhaustive investigation of the life of the person to be sanctified and there are four ways to achieve the appointment: the path of heroic virtues; the path of martyrdom; that of exceptional causes, confirmed by an ancient cult and written sources; and the offer of life.

In addition, it is an essential requirement who has done at least two miracles (or one in the case of being a martyr). The canonization is made in a solemn papal declaration and a feast day is assigned for liturgical veneration.

There is no established period to carry out the canonization of a character, since there are even cases like that of San Pedro Damián who was canonized up to 756 years after his death or, conversely, the case of San Antonio de Padua who was named up to 352 days after his death.

In Transcarpathia, volunteers call for donations in honor of the soldiers released from captivity

In the Russian Federation, the deputy commander of the Southern Military District for logistics was arrested