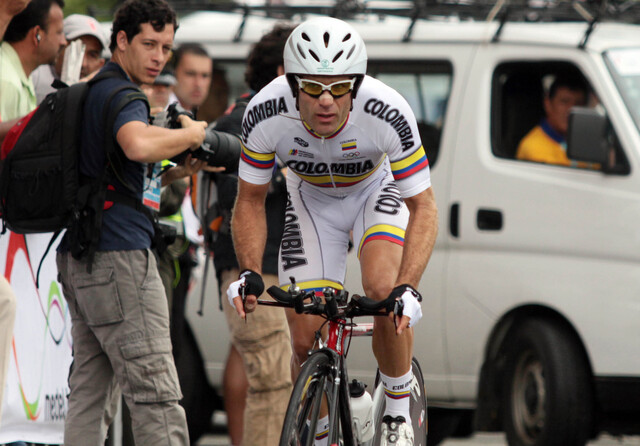 Santiago Botero, during the road races at the Medellin South American Games in 2010. It would be one of his last appearances before announcing his retirement from activity

Santiago Botero was born in Medellin on October 27, 1972., and from day one he developed a love for cycling, seeing the exploits of Lucho Herrera and Fabio Parra on European roads. Discovered by the sports doctor Juan Dario Uribe, he was surprised with the conditions of the young Santiago to the point that he told him that he should not waste any more time and should move to Europe to train him as a professional.

The causes are readily apparent when reviewing his performance from 1996, the year of his debut with the Spanish team Kelme, until his retirement in 2010. Botero was one of the most versatile and complete cyclists who had left road cycling in the country. To his skills as a good climber, efficient in time trials, with conditions in flat tests and an appropriate resistance to be a protagonist in the Grand Tours, he added a more refined pedaling technique adapted to the European style, in contrast to what Until then, it characterized Colombian cycling, which, by the way, was not going through its best moment.

After the exploits of Herrera and Parra in the eighties, the nineties were not as outstanding. Despite the fact that names such as Felix Cárdenas, Nelson “Cacaito” Rodríguez or Hernán Buenahora fulfilled meritorious performances in Europe, they never reached the same level of relevance as their predecessors in terms of achievements, and neither did they see a very promising replacement for the future. new millenium. And it is precisely within this framework that Santiago Botero’s career developed.

His takeoff as a prominent cyclist in the peloton occurred in 1999, when he managed to win stages in the classic Paris-Nice and the Vuelta a Andalucia. However, it was also there that his progress was cut short. after testing positive for testosterone, which earned him a six-month ban. Although both the team and the rider himself argued that his body produced it naturally, this could never be verified because there was still no evidence to determine the difference between natural testosterone and the one that was introduced into the body artificially. . 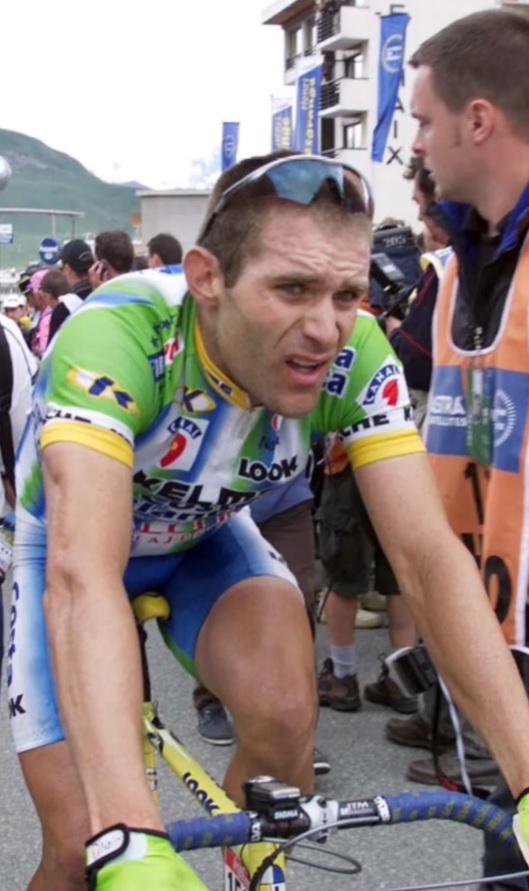 Santiago Botero in the colors of Kelme, the team for which he ran between 1996 and 2002

Once the penalty has been served, Botero became one of the Tour de France entertainers for the next three years. First in 2000, winning a stage and crowning champion of the mountain. He finished seventh in the general classification, 14 seconds behind the winner, the American Lance Armstrong who years later would be dispossessed of this and all his titles in the gala event in 2012 after it was found that he was doped with EPO, testosterone and blood transfusions.

In 2001 he finished the Tour in eighth place, 20 seconds behind Armstrong. He won the classic of the Guadarrama ports in Madrid, and finished third in the time trial of the Cycling World Championship held in Lisbon, Portugal, 17 seconds behind the winner, the German Jan Ulrich.

2002 was Botero’s best year as a professional. He managed to win a stage of the Dauphiné Libéré and won the Classic of the Alps. In the Tour he put up a fight with Lance Armstrong in his fight to win the yellow jersey again, managing to beat the American in the stage 9 time trial between Lanester and Lorient, and also in the mountains when he crossed the Alps first in stage 15. In the end, the American prevailed, as usual, but Botero achieved a meritorious fourth position in the race, as well as third place in the mountain classification. In the Vuelta a España he also won a stage, although his appearance in the general classification was more discreet.

But his most important achievement that year (and by extension in his professional career) was victory at the World Cycling Championships in Zolder, Belgium. The Colombian dressed in the rainbow shirt after completing the test in a time of 48 minutes, 4 seconds and 4 tenths. That would be his last year with Kelme, after his transfer to the German team Telekom was confirmed for 2003 (renamed T-Mobile in 2004). 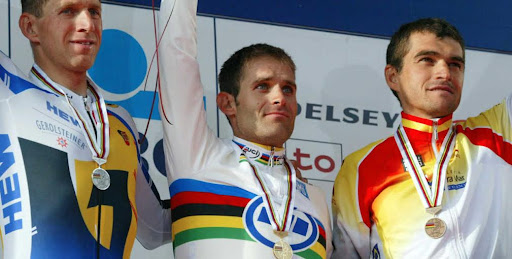 Santiago Botero in 2002, at the top of the podium with the first gold medal for Colombia in a World Cycling Championship against the clock. Photo: Colombian Olympic Committee.

Unfortunately his performance in the German team was not the best. He did not win a single victory in his two years there and was confronted by team managers who argued that he had little discipline, while the Colombian blamed his poor performance on health problems. With his switch to Phonak in 2005 he returned to victories, including a stage in the Tour de Romandie and two stages in the Dauphiné Libéré, including a time trial where he again overtook Lance Armstrong and finished second overall.

But what seemed like a rebound in his career was cut short in 2006 when he was pointed out as one of those involved in Operation Puerto, where he was identified as a client of the doping network of Dr. Eufemiano Fuentes. This led Phonak to drop him from the team, and the UCI to place him on a blacklist that prevented him from participating in European competitions again. Despite the above, the Colombian Cycling Federation did not condemn Boteroarguing that the documents sent by the Anti-Doping Commission of the International Cycling Union (UCI) did not provide evidence against him.

From here on, Botero’s successes will focus on a continental level. Won the Tour of Colombia in 2007and won the time trial in the Panamerican Games that year, held in Rio de Janeiro, Brazil. The man from Antioquia would run until 2010, closing his career with two gold medals in the JSouth American games celebrated in Medellinprevailing both in the time trial and in the sprint.

After his retirement, he dedicated himself to giving motivational talks in different companies, and in recent times he became a commentator for the European cycling events for Canal Caracol, where he accompanied all the Colombians while Nairo Quintana, Egan Bernal, Rigoberto Urán, Miguel Angel López and many more became the protagonists of a new golden generation of Colombian cycling. One for which Santiago Botero acted as a bridge, connecting two unforgettable eras.

Football and cycling fans in Bogotá will be able to watch the Real Madrid-Barcelona classic or run alongside Mariana Pajón and Santiago Botero
Santiago Botero gives details of Egan’s accident: “He was distracted, he can’t see and he crashes”
Santiago Botero was already operated on and published a photo of the screws that were put on him

Unknown arson of the administration building in the Rostov region

Toads, crocodiles and a disco: Dibrov gave his wife a holiday for half a million, and Djigan’s daughter – even more expensive

Kadyrov was awarded the title of Hero of the LPR